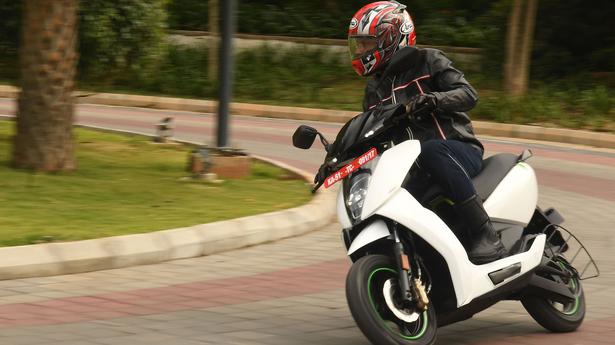 Safety and performance of electric scooters remain top concerns for customers amid a spate of fire incidents in these vehicles recently, which has prompted consumers to hold back on their plans to purchase e-scooters, according to an online survey.

Moreover, the percentage of people who were not convinced about the safety and performance of an electric scooter rose to 32% in August this year, compared with just 2% in the same month a year ago, as per the survey conducted by online platform LocalCircles.

The survey received responses from over 11,000 household consumers from more than 292 districts, with 47% of the respondents from tier-I and 33% from tier-II cities.

The rest 20% respondents were from tier-3/4 and rural districts, as per LocalCircles. One of the top concerns of the people continues to be the fires reported in electric scooters. Consumers of various brands of these vehicles have reported fire incidents, which many of the manufacturers have attributed to the battery, LocalCircles said.

While standards are being developed for these scooters and batteries, with multiple government stakeholders involved, the process is time consuming, it stated.

After more than two dozen e-two-wheelers caught fire between March and April this year, the central government issued an advisory on April 21, urging EV makers to immediately recall all defective batches of vehicles as a precaution or face a heavy penalty.

Subsequently, around 7,000 electric vehicles were recalled.

The government has also set up a committee of experts from the Centre for Fire, Explosive and Environment Safety (CFEES) and Indian Institute of Science to carry out detailed investigation and frame ‘quality-centric’ guidelines for electric vehicle manufacturers.

Its recommendations are still awaited.

The survey found that while there are many people keen to buy e-scooters, which are an attractive alternative to non-electric two-wheelers or crowded public transport, concern over safety and performance are rising.

“The fallout of this concern is that just 1% of over 11,000 respondents in the survey shared plans of buying an electric scooter in the next six months,” it noted.

Responding to a survey question on why they or their family members do not plan to buy an e-scooter in the next 6 months, 5% revealed keenness to buy but were not convinced about the infrastructure available for e-scooters, while another 7% said they do not have funds for purchasing it.

“Moreover, 32% respondents are not convinced about the safety and performance of electric scooters, while 2% feel that EVs are a fad that will go away,” it said.

The survey also brought out the fact that appetite for e-scooters is not high, as 31% households do not drive them and an additional 9% shared that they had enough vehicles at home and so had no plans to buy a two-wheeler.

With only 1% of households in the country considering buying an e-scooter in the next six months, it is critical for the government and industry to win consumer confidence, it said.