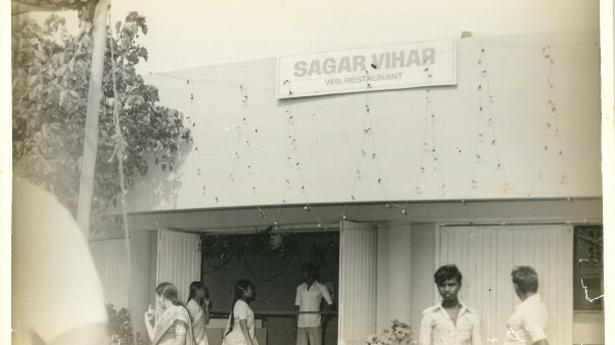 The restaurant, famous for its warm rotis and crispy samosas, has shut down owing to the Chennai Metro Rail project’s construction work

The restaurant, famous for its warm rotis and crispy samosas, has shut down owing to the Chennai Metro Rail project’s construction work

For over four decades, visitors to the Marina beach made a beeline for Sagar Vihar’s trademark rotis, chaats, and samosas. The comforting aroma called out to people from its quiet corner near the Lighthouse. Today though, it is a mere memory, for the building has been demolished for the Chennai Metro Rail project’s corridor that will link the Marina to Poonamallee. The restaurant was run by Jaikumar Parikh and his wife Sushila, who also own a chaat outlet at the Vummidiars Complex on Anna Salai.

The Parikhs ran the business for over 40 years by the Marina, steadily garnering a customer base that came for not just the food, but the setting as well.

Their first venture was Bombay Bhelpuri Centre on Anna salai. Sushila remembers how she once offered bhel, masala and pani puri to the building’s owner Sudhakar Chettiyar’s daughter. “He liked it and asked if I wanted to sell it at his complex,” she recalls.

Soon, their business flourished and they began catering North Indian food at social functions and get-togethers. They then got an offer to rent a restaurant at the Marina from the State’s PWD department. Over the years, the Parikhs updated their menu to keep up with changing trends in taste, adding French fries, burgers and noodles to the mix.

They cherish their time at the Marina. Sushila recalls, “Many actors have visited us when business boomed.”  She nostalgically recounts how their establishment served food for people during the mass and meeting of Pope John Paul II on the beach in 1986.

The couple continue to get calls from their regular customers. “They say they miss our rotis. Some call from Adyar asking if we can deliver there,” smiles Sushila. She hopes that after a few years, once the underground construction work is done, they will get their spot back. “Maybe we can start all over again,“ she says.