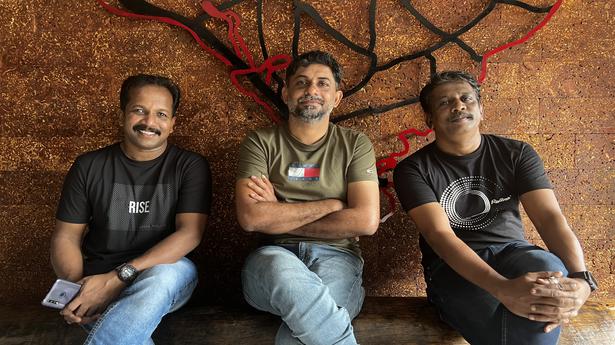 Officers from the Kerala Police Department have doubled-up as actors, directors, screenwriters among other roles in Malayalam cinema. We catch up with a few of them who share their experience scripting stories for the reel world

Officers from the Kerala Police Department have doubled-up as actors, directors, screenwriters among other roles in Malayalam cinema. We catch up with a few of them who share their experience scripting stories for the reel world

It is not everyday that a policeman gets to play a thief. In Nna Thaan Case Kodu , currently running to packed houses, Johny David Puliyanveedu, a small-time driver-cum-peddler, has audiences in splits. And the man who brought Johny David on the screen is not just an actor; Sibi Thomas is Inspector of Police with the Vigilance and Anti-Corruption Bureau at Kasaragod. He is among the police officers who acted in Dileesh Pothan’s Thondimuthalum Driksakhiyum(2017).

This is not a one-off case in Malayalam cinema, given how real-life police officers are now marching ahead working as directors, actors, scenarists and script writers. MetroPlus catches up with a few of these officers who have made a name for themselves in several blockbusters and critically acclaimed films in the recent past.

“When we worked at the AR camp, we had started a chumar masika (wall magazine) with other like-minded officers. The turning point was the short film, In Glorious Life, directed by Shahi. It was critically acclaimed and won multiple awards,” says Shaji. The short film gave him a role in Nivin Pauly’s Action Hero Biju (2016), a realistic take on the Kerala Police. “Director Abrid Shine also wanted me to help the actors pick up the mannerisms and body language of police officers,” says Shaji, who has over 18 films in his filmography.

Elaveezhapoonchira is based on the trio’s experiences of working at Elaveezhapoonchira, the highest point in Kottayam district where police’s wireless station is located. The risky terrain and unpredictable weather conditions became the subject of a short story written by Nidhish. “Shahi encouraged me to develop the short story into a film. It took nearly two years for Shaji sir and me to finalise this script,” says Nidhish. A few police officers have also acted in the film.

Meanwhile Shahi assisted Dileesh in Thondimuthalum….. His first screenplay of a retired police officer in Joseph(2018) opened to positive reception and his second work, Nayattu (2021), also about the police department, went on to win critical acclaim. He is currently working on two new scripts. 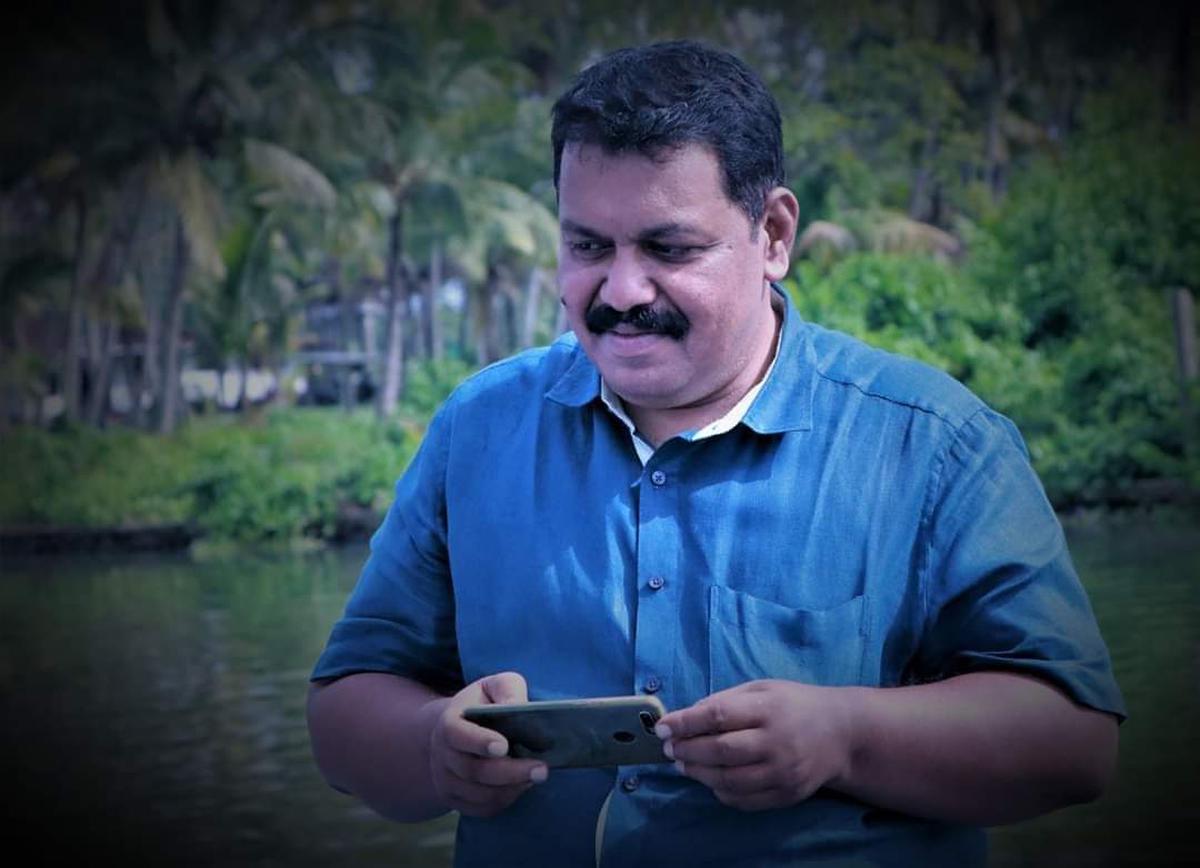 Among other police officers who have turned filmmakers are Arun Vishwam, director of Kolumittayi (2016) and Rahim Khader, who has directed three films: Makkana, which was chosen to Indian Panorama section at the International Film Festival of India 2018, Ente Maavum Pookkum, and Vanitha starring Lena, which is ready for release. “Cinema has been my passion from childhood. I used to write plays and have written a script for television before I ventured into direction,” says Rahim, an ASI at Edathala police station, Ernakulam, who is also the scenarist of his films. Arun, CPO at Piravom, also tried his hand in acting in Gunda Jayan. It was the success of Joseph that inspired Aroor’s Inspector fo Police PS Subramanian to give a shot at films. The co-scenarist of Suraj Venjaramoodu-starrer Heaven, Subramanian says that, “he loves to write family dramas. But a thriller is a safe bet for the first project.” Heaven, streaming on Disney+ Hotstar, was based on a case in Kochi that was cracked after five years. “I wanted Haneef Adeni to direct the film. But since he was tied up with other projects, he suggested the name of his associate Unniraja. We co-wrote the script and Suraj was our first choice for the role,” he says.

Actors in the league

Thondimuthalum Driksakshiyum was the launching pad for many film aspirants in Kerala Police. The National Award-winning film had over 23 police officers acting in it, all of them selected through audition. For Sibi and Sarath Kovilakam, the film was their dream-come-true opportunity. “I wanted to study at the Film and Television Institute of India, Pune, but could not clear the interview. However, I had met Rajeev [cinematographer-director Rajeev Ravi] there and we became friends. When the casting call came for Thondimuthalum… I didn’t want to let go of that opportunity. It was my luck that Rajeev was the film’s DOP,” says Sibi. Eventually, he went on to write the screenplay of Kuttavum Shikshayum(2022) for Rajeev and also acted in it. The film is based on a real-life jewellery theft that Sibi and his team had investigated. With 19 years of experience as a police officer, Sibi has acted in over a dozen films including the Tamil courtroom drama Jai Bhim. In the case of Sarath, it helped that Dileesh happened to be his batchmate at Sree Sankaracharya University of Sanskrit, Kalady, from where he did his post-graduation in theatre. “I had to find a permanent job after my course. But the love for acting was not extinguished. So when Pothan [Dileesh Pothan] called me for Thondimuthalum… I didn’t think twice, even though it was a small role,” says Sarath, CPO with the juvenile wing, Kozhikode (City). Among his films are Sudani from Nigeria, Oru Kuprasidha Payyan, Puzhu and Elaveezhapoonchira.

P Sivadasan, Sub-Inspector, Special Branch, Kannur (City), recalls: “My nephew had sent my photo for the audition of Thondimuthalum… without informing me. So when I got a call from the film unit, I thought it was a prank!” He played the role of a Writer at the police station and has acted in over 35 films since then. Sivadasan, who is also a percussionist, says each role has been special irrespective of the length. “This is a stress-buster and I feel happy when people recognise me,” he says. He recollects his excitement about working with Mammootty in The Priest. “I heard that it was he who had suggested my name for the role. It was a fanboy moment when I met him for the first time,” laughs Sivadasan. Last seen in Kuttavum Shikshayum, 12th Man and Antakshari, Gibin recently shot to fame with an ad commercial featuring Dulquer Salmaan and Samantha Ruth Prabhu. The ad was released in six languages and Gibin has now got offers from other languages as well. A regular in the COVID-19 awareness videos made by the Kerala Police’s social media cell, he will be seen in Bermuda, Her, B, and a bi-lingual web series for Netflix. Gibin Gopinath with Dulquer Salmaan during the shoot of an ad
| Photo Credit: SPECIAL ARRANGEMENT

The police department is supportive of all kinds of artistic and literary endeavours. “There is a separate section that looks into creating audio/video content for the public,” says Sharat, who is also into scripting.

The inclusion of police officers in films has given a realistic touch to stories about them and has corrected the several mistakes in terms of portrayal. Both Shaji and Rahim agree.

On the other hand, Sibi says being a police officer and an actor at the same time has its pros and cons. “I was on election duty during the Lok Sabha polls in Koothuparambu in Kannur. It was the last day of campaigning and we were worried about ‘kottikalasham’ (noisy atmosphere created by political parties). The situation was volatile. That’s when some of them saw me and walked up to take selfies. The atmosphere changed completely,” he concludes.