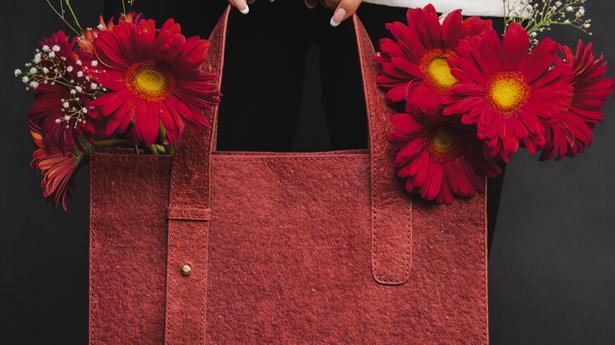 The latest brand to hop on to the coconut leather bandwagon is Waraq, with madder-embroidered bags and keychains

The latest brand to hop on to the coconut leather bandwagon is Waraq, with madder-embroidered bags and keychains

After managing luxury brands for several years, New Delhi-based Isha C and Alok Dhodapkar wanted to venture into something drastically different from what they had done before. “We wanted a creative outlet,” says Alok, adding how they spent the lockdown years on research before zeroing in on coconut leather.

While vegan alternatives to leather have been around for a few years, the segment continues to be a niche market in India. Pineapple, cacti, cork, apple… the list of natural substitutes to leather being explored keeps increasing. With the launch of Alok and Isha’s Waraq, coconut seems to be leading the way among vegan alternatives among Indian brands.

Named after the traditional fine sheet of gold and silver used to decorate sweets and food, Waraq was officially launched earlier this month with a limited-edition range of bags, wallets and accessories including key chains and bookmarks. Taking us through their first collection, The Rubia, Alok says it is an ode to ‘Rubiaceae’, the plant that lends the opulent dye of pre-historic times — madder. “We wanted to bring the old-world colour palette to the modern world. Rubia features products with the classic red colour, embroidered interior, contrasted with gold colour hardware, on a luxurious slightly textured coconut biomaterial,” he says.

“There is no such thing as vegan leather. There are, however, vegan biomaterials.,” says Alok. “Leather, by definition, is anything made from the skin of an animal by tanning or a similar process. Vegan leather seen in the fashion circuit is nothing but polyurethane (PU), belonging to the family of plastics. Conversely, vegan biomaterial is made from natural materials such as coconut, other fruit waste, etc,” he says.

Zuzana Gombosova, co-founder and director of Malai Biomaterials — the first brand to work with coconut leather in India in 2018 — is currently working on further research with Cochin University of Science and Technology the University of Cochin and IIT Hyderabad. “We aim to improve some of the mechanical properties of the materials we produce such as tensile strength, elongation and abrasion resistance. We are also working on better protection of our natural materials towards fungal activity,” she says of the brand that supplies raw material to the likes of Waraq, Molik, Riti, Mixmitti and Studio Beej among others.

While the team is also experimenting with different bag construction techniques and preparing new designs, Zuzana admits it has been “a quieter time”. for us recently”. “With soaring shipping costs, many of our international clients paused their orders. We have been working more with the domestic clients, which is difficult at times as many of our products are too premium when it comes to pricing.” However, there have been product launches crafted from their Malai sheets — including a collection of sandals by Mumbai-based Paio.

Art with a story

The coconut biomaterial sourced by Waraq is crafted from organic and sustainable bacterial cellulose, grown on agricultural waste sourced from Kerala. And putting things in place took them time. “We spent almost two years researching vegan biomaterials, and then identifying a seasoned manufacturer who could work around innovative materials,” says Alok, adding how it was a challenge finding suitable artisans, before identifying craftspeople in Kutch, Bareilly, smaller cities in Uttarakhand and Bihar, and small communities in Delhi.

They say it took time to understand the material, its changing behaviour while undergoing the manufacturing process, and how it worked with the lining. “It took time, but it happened!” says Alok, who sees a gradual transition in consumer behaviour. “From being aware about vegan options, people are now actively looking for them. Waraq is not trying to give you an alternative to a regular shopper’s bag, but a quality piece of art with a story attached to it.” This , they say, justifies their high price point (The mini tote costs ₹38,500). The lining of products in Rubia feature intricate embroidered jaal work of the flower of the madder plant, done on madder-dyed, relaxed handwoven cotton. The duo says the madder flower, unlike the root which is intense, woody, and extremely pigmented , is petite and delicate in form and only blooms in summer.

It may have been just a few weeks since the launch, but Waraq has many collections in the offing, along with experiments with bio-composite materials such as cactus and cork. “We are working on collections themed on art forms such as Rogan, Pichwai, and Papillion. Auction edits of single-piece bags to support the artisan communities are also in the pipeline,” concludes Alok.

Other brands on the nut trail Launched in 2021 by Srishti Chaukiyal, Molik’s recent launch includes the Yasti wallet (₹2,900) for women, which adds to the brand’s existing catalog of halfmoon pouches, men’s wallets, and crossbody bags. Srishti, who has a B.Sc in leather goods and accessories and has worked as a bag designer and product developer for seven years, is now working on a range of crossbody bags. @shopmolik on Instagram 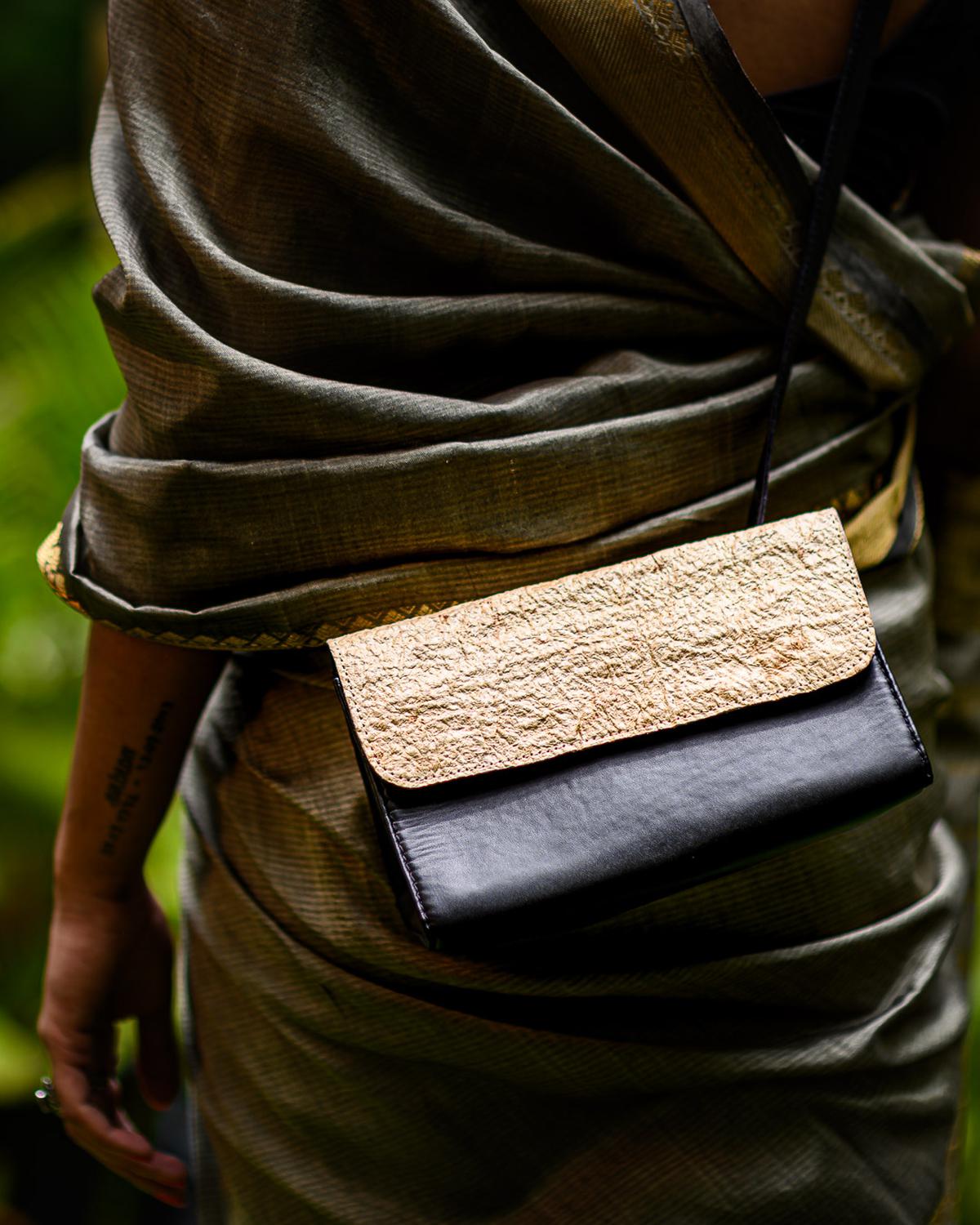 The Bersa bag from Riti

Founder Arati Krishna says there is graceful aging that coconut leather brings to the table. The brand’s Xisha collection — comprising wallets, wire clips and bersa bags — that was launched in 2020 “was sold out in 20 days”. Now experimenting with pineapple and cactus leather for her next collection, Arati adds that they have seen products crafted from bacterial cellulose and coconut being used rigorously for months. The Xisha collection is at ₹1,500 upwards on riti.store/ The New Delhi–based brand’s recently-launched Promise to Protect collection — of cabin bags, waist pouches, pyramid satchel bags, totes, and passport wallets — features a ‘modern range’  in coconut leather and cork, and a ‘traditional range’ with hand-painted animal motifs in traditional Madhubani folk art. “We plan to further on using the material in our upcoming launches as this has proven to be one of the most innovative plant-based alternatives to leather,” says founder Shivangi Bajpai. The Promise to Protect collection is priced at ₹4,200 upwards on mixmitti.com