Pankaj Tripathi: All my films and projects are pan-Indian 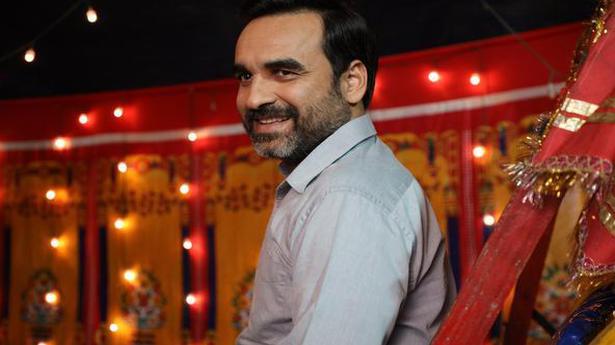 Pankaj Tripathi talks to usThe actor speaks about the his upcoming third season of his popular show ‘Criminal Justice’ season 3, his relationship with social media and the pan-Indian movement.

The actor speaks about the upcoming third season of his popular show ‘Criminal Justice’, his relationship with social media and the pan-Indian movement.

The first season of Criminal Justice came out in 2019, when OTT platforms had just emerged. At that time a lot of shows came out whose first seasons were celebrated but the successive seasons weren’t. Criminal Justice, on the other hand, had two super successful seasons and thethird season also has a lot of buzz around it. According to you, what do you think went right for you guys?

I think the writing was good, and that is why the audience could connect with the show. Writing plays a very important role, especially for titles that release on OTT platforms. The web show must have fulfilled the entertainment criteria. Criminal Justice was the first series on Hotstar, after which the idea of Hotstar originals began. The audience must have liked that, and that is the reason we are here today with the third season. Also, I think Madhav Mishra’s humour acted as a relief amidst this intense legal drama. It is rare to see humour in a crime drama. Madhav’s character has sarcasm and wit, and I think these are all the reasons.

These days there is a new streaming platform every day and a new legal drama every day. How does Criminal Justice stand out amongst all the competition?

I don’t really watch other content. I guess there might not be many shows on juvenile justice as well. In the UK, there were two parts to Criminal Justice. In India, we now have three. So this third part is not inspired from anywhere. The show’s legacy, its audience, and its platform separate it from other shows.

In season three, there is Madhav Mishra’s brother-in-law Deep, who has arrived from Patna. There are new challenges, there is a new case, and a new trial in which Madhav is entering. There are new characters as well. Madhav’s evolution from the previous two seasons will be visible in this new trial. It is an intense gripping drama.

Movies are two-and-half hours to three hours long whereas series are 10-12 episodes with each spanning 40-50 minutes. So there is much more scope for character development. How much do you get involved in that process? Do you cherish it?

I do not get involved in the writing process at all, but I do give my inputs while shooting. I improvise a lot. OTT is the writer’s and the director’s medium. They can invest more in subplots and side characters because time frame is not an issue. Movies have that limitation. Here, the writers have the freedom to go deeper into the subplots and explore more layers.

What is your relationship with social media?

I personally don’t like putting up stories or watching other people. Social media is part of today’s life and I am an actor, so it is an imperative part of my life. It is a platform to connect with those who appreciate us and to express our thoughts. It is an important platform that should be used constructively and not as time pass. I express my thoughts and share snippets about my personal life on social media.

If not an actor, which profession would you be interested in?

I might have been a farmer or a motivational speaker…I don’t know really.

Newton won a National Award and was also nominated for the Academy Award as well. What change did it bring to your life and career?

I got extremely busy after Newton. A lot of offers started coming in. It was evermore special because of the National Award, which is conferred by our government.

You’ve been in the industry for over 18 years now; do you have a dream role that you want to play?

No, as such there is no dream role. Whatever role I get, I make it my dream role.

I can try direction in the future, but not right now.

Where did your signature neck movement from the Amazon Prime series Mirzapur come from?

It was not intentional. Kaleen bhaiya is a soft-spoken man and he speaks less, so to convey that role I resorted to gestures and that’s where it originated from.

The pan-India phenomenon is gaining popularity in Bollywood. What’s your take on this? Is it a passing phase? Will Bollywood be able to give a film that is as successful as RRR?

Yes, definitely. Bollywood does and not just talks. Mirzapur is extremely popular in the South. When I go there, people address me as Kaleen bhaiya. Titles like Criminal Justice and Ludo are also very popular Likewise, our movies are also dubbed and widely seen across the country. In fact, I keep getting offers from the South but I am busy here so I can’t go.

Do you have plans to star in a pan-Indian film in the future?

All my projects are pan-Indian. Pan-Indian not only refer to something that is created in the South and becomes popular in the North. Mirzapur and Criminal Justice are pan-Indian series as well. After one month, Mirzapur had to be dubbed in Telugu. In fact, I also get messages from South, nNorth-east, Assam, Bhutan, Silchar, Punjab, Leh-Ladakh etc.