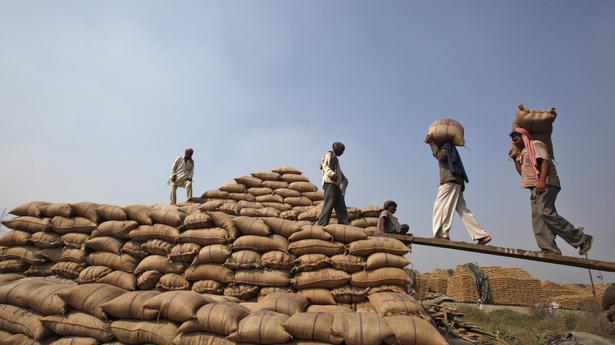 
Monetary authorities will still need to take necessary policy actions to tame inflation as it remains above the target range even though it has eased slightly, Reserve Bank of India (RBI) officials wrote in an article on the ‘State of the Economy’ in the August edition of the RBI Bulletin.

“Inflation has edged down, but its persistence at elevated levels warrants appropriate policy responses to anchor expectations going forward,” the officials wrote.

Observing that global growth prospects had turned gloomier over the month, they said the easing of supply chain pressures and the recent ebbing of commodity prices were providing some breather from record high inflation.

“In India,supply conditions are improving, with the recent monsoon pick-up, strong momentum in manufacturing and a rebound in services. The onset of festival season should boost consumer demand, including rural, also as sowing activity picks up. Robust central government capital outlays are supporting investment activity,” they wrote.

“Amidst somewhat mixed signals being emitted by high frequency indicators, perhaps the best word to describe the state of domestic economic activity relative to the rest of the world is resilience,” the officials, including Deputy Governor Michael Debabrata Patra added.

Asserting that private final consumption expenditure, the mainstay of the economy, was poised to surge in the upcoming festival season, which would also in turn buoy subdued rural demand, they said investment demand was separately benefitting from a massive increase of 54% in the Central government’s capital outlay. “But business investment remains tepid in spite of strong sales growth and increase in profits,” they noted.

“For the rest of the year, the RBI’s projections scent a steady easing of the momentum of price changes,” they added.

“Fortuitously, base effects are favourable all through. If these expectations hold, inflation will fall from 7 to 5% in Q1 next financial year – within the tolerance band, hovering closer to the target, but not yet positioned for landing,” they wrote.

Stating that this was a decisive point in the inflation trajectory, they stressed that “imported inflation pressure points remained the overarching risk, followed by pending pass-through of input costs if producers regained pricing power”.

Noting that after Q1: 2023-24, the task before the MPC would be to guide inflation to its target of 4%, they said this would likely prove even more arduous than slowing inflation to a level below 6% and into the tolerance band (of 2-6%).

On a positive note, the officials highlighted the return of capital flows after a hiatus, when the appetite of portfolio flows to emerging economies had deteriorated as the dollar appreciated in step with the U.S. Federal Reserve’s policy tightening.

“India is cautiously returning to be the flavour of this season’s portfolio flows, with inflows of $5 billion upto August 12,” they wrote. “The market value of portfolio investments in India stood at $623.8 billion on August 12.”

In the final analysis, they wrote, India was poised to sustain a growth differential vis-a-vis the rest of the world on the basis of several fundamental factors, including expansion in the availability of capital with increasing formalisation of the economy and digital financial inclusion.