The representation of Muslim characters has increased in popular cinema where, their religious identity is not always a matter of friction

The representation of Muslim characters has increased in popular cinema where, their religious identity is not always a matter of friction

Since the Bharatiya Janata Party came to power in 2014, Muslims have been increasingly feeling marginalised in Indian polity.

The party has not found even a single Muslim who could win them a seat in legislative bodies and its leaders constantly dog whistle the community. They identify them through their clothes, their food habits and they have been accused of receiving a disproportionate share from the largesse of the public distribution system without repaying in terms of vote.

However, around the same time, the representation of Muslim characters has increased in popular cinema where their religious identity is not always a matter of friction. And, in the polarised atmosphere, directors are weaving symbols of communal amity in their parables.

After Partition, for a long, long time, Muslim superstars resisted playing Muslim characters. Dilip Kumar played only one Muslim character in his entire career. Shah Rukh Khan also played a Muslim character only when the story dealt with the Muslimness of the protagonist like in Chak De! and My Name is Khan. Interestingly, Salman Khan, who usually doesn’t get much credit for his craft, broke the shackles when he played Sultan (2016), a Muslim wrestler from Haryana in the Yash Raj film. Sultan Ali Khan could easily have been Suraj and it would not have made a difference to the story. Sultan doesn’t wear his religion on his sleeve and the story doesn’t delve into the religious identity of the character or his ladylove Aarfa Hussain, a wrestler who is equally hard to pin down on the mat.

Interestingly, a year before Sultan, Salman played the son of a Rashtriya Swayamsevak Sangh Pracharak in Bajrangi Bhaijaan who takes a Pakistani child to her home with the help of a Pakistani journalist.

An antidote to Gadar: Ek Prem Katha (2001) kind of divisive and reactionary narratives, it was an interesting clash of ideas that germinated from how the differences are usually more about perception than reality. Bajrangi is surprised when a genial cleric, played by Om Puri, wishes him Jai Shri Ram.

Around the same time, Sanjay Leela Bhansali mounted Bajirao Mastani, a counterpoint to Ashutosh Gowarikar’s Jodhaa Akbar (2008). Historicals in Hindi cinema are more allegorical than fact-based. In Mughal-e-Azam, Akbar and Salim represented the endless fight between monarchical control and free speech. Before the end credits roll in Jodhaa Akbar, Amitabh Bachchan’s voice tells us that Jodhaa and Akbar represent the idea of India. Bhansali turned it around as Peshwa Bajirao Ballal, a thorn in the flesh of Mughals, fought with his family to provide his Muslim muse Mastani her dignified place in the royal chambers. In Bhansali’s idea of India, the ruler is a compassionate Hindu ruler.

Like the historical genre, horror also thrives on allegories. For a long time, Hindi cinema’s horror tales have largely been drawn from Christian and Hindu myths. The Islamic idea of Satan has hardly found space in the mumbo jumbo that is served to the Indian market. Of late, there has been a shift. In 2018, first Pari, and then Ghoul (miniseries) brought this neglected ‘other’ from the afterlife to a more mainstream space. Both looked beyond the usual tropes of the genre to delve into our social fears, making them all the more tangible and disturbing.

Pari is about Rukhsana, a daughter of Ifrit (a deadly spirit), falling in love with a Bengali boy Arnab and teaching him a lesson or two in humanity along the way.

Ghoul, drawn from an Arabic folk tale, has a distinct layer of Islamophobia tucked inside a dystopian tale. Set in a ‘nationalist’ universe where words like pavitra (purity) and wapsi (return) are deliberately slipped into conversations, Ghoul follows Nida Rahim, a bright young recruit working with the armed forces, who turns over her father as she suspects him to be involved in seditious activities. However, as the obedient officer reaches the interrogation centre or the hell in the context of the genre, she discovers that a sword of suspicion hangs over her as well.

After a point, it becomes hard to decide whom to fear more: the men and women in uniform or the ghoul in the skin of the alleged terrorist.

The same year, Kedarnath tackled the love story of a Brahmin girl with a Muslim mule operator against the backdrop of flash floods that ravaged the pilgrimage centre in 2013. Using the love story as a metaphor for communal amity, the film says if the two are not allowed to live together in peace, nature will intervene. Zoya Akhtar’s Gully Boy (2019) ran with the baton passed by Sultan into the lanes of Mumbai’s Dharavi. In a tense scene, Murad’s father, a car driver, played by Vijay Raaz, tells his son they are not expected to dream. They are expected to keep their gaze lowered but Murad wants to look the world in the eye.

The social background of Murad is not much different from Saeed Mirza’s Salim in Salim Langde Pe Mat Ro (1989). Both claim that their time will come but while Salim gets drawn into the underworld, Murad channels his angst into his stinging rap songs. Again, the issues — polygamy, girl education, employment opportunities — that the film deals with haunt most families in slum areas and the Muslim character is just a part of this dehumanising existence.

Mee Raqsam (2020), the story of Maryam who wants to learn Bharatanatyam, broke new ground as it talked of Muslim claims on the shared and composite cultural legacy. When some community leaders question her choice, Maryam’s father tells her daughter it is a question of living life on her own terms. In a way, this is also the crux of Darlings, released last week. The story of Badrunissa and Hamza tackles domestic abuse where Badru’s mother Shamshu stands by her daughter. However, like Bajrangi, the police officer in Darlings doesn’t know much about Muslims. He compares Nissa to Nisha and describes the nuqta in Urdu as a massa (mole).

Are we the same people who could easily sing Zehale Miskin Makum-ba Ranjish Ba-Haal-e-Hijraan Bechaara Dil Hai, Sunnaaee Detee Hai Jiskee Dhadkan, Tumhaara Dil Yaa Hamaaraa Dil Hai ( Ghulami, 1985) (Do not look at the condition of the poor miserable me with anger, as my poor heart is in a state of separation from my beloved; The (one) heart whose beats are audible, is it yours or mine?)?

After Partition, for a long, long time, Muslim superstars resisted playing Muslim characters. Shah Rukh Khan played a Muslim character only when the story dealt with the Muslimness of the protagonist like in My Name is Khan. Interestingly it was Salman Khan who broke the shackles when he played Sultan (2016), a Muslim wrestler from Haryana in the Yash Raj film.

Hindi cinema’s horror tales have largely been drawn from Christian and Hindu myths. The Islamic idea of Satan has hardly found space in the Indian market. Of late, there has been a shift with Pari and then Ghoul.

The protagonists in Zoya Akhtar’s Gully Boy and Saeed Mirza’s Salim Langde Pe Mat Ro deal with the haunt most families in slum areas experience without their Muslimness adding to this dehumanising existence. 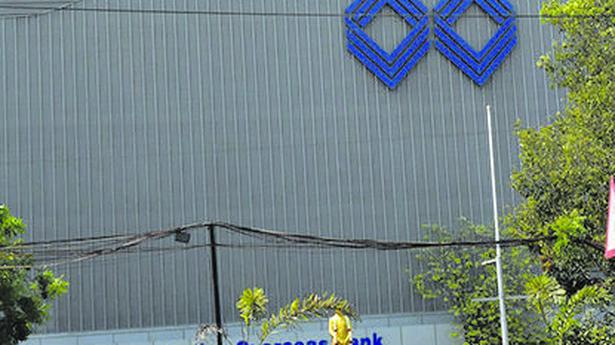