Homeentertainment‘Black Bird’ review: A thrilling story of a bargain for freedom, and a fitting farewell to Ray Liotta
entertainment

‘Black Bird’ review: A thrilling story of a bargain for freedom, and a fitting farewell to Ray Liotta 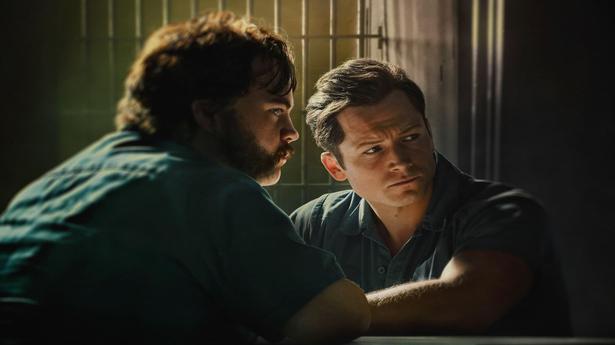 If you are a ‘Mindhunter’ fan who has still not gotten over not getting a third season of your favourite show, ‘Black Bird’ can provide some much-needed closure

If you are a ‘Mindhunter’ fan who has still not gotten over not getting a third season of your favourite show, ‘Black Bird’ can provide some much-needed closure

Black Bird is the story of James Keene, a fallen hero and his path to redemption and freedom. The six-episode limited series takes inspiration from a real-life story and is dramatised to suit our senses.

The Apple TV+ series, like many of its predecessors in the genre, attempts to bring the audience closer to the psyche of a serial killer. However, it is not veteran FBI agents who take us into the cells of the ‘criminally insane’.

James “Jimmy” Keene (Taron Egerton) was destined for greatness as an adolescent; a star football player with scholarships to elite colleges. That is until all his dreams come crashing down when he is drawn into the world of drugs and armed weapons. Little Jimmy stumbles and falls off the tracks and becomes the stereotypical American bad boy who sleeps around with women, deals in drugs, and stores armed weapons in his house. Jimmy’s nonchalant days come to an end when his apartment is raided and he is found in the possession of drugs and arms. He pleads guilty to the charges registered against him and is sentenced to ten years in prison.

However, FBI agent Lauren McCauley (Sepideh Moafi) offers Jimmy his freedom in exchange for a favour; Jimmy is to move to a maximum-security prison — whose inmates are deemed criminally insane — and get a confession out of Larry Hall (Paul Walter Hauser), an inmate suspected of having killed over 14 women whose bodies remain undiscovered. McCauley picks Jimmy for the job as she believes that his charm coupled with his intelligence and childhood experiences will aid him in befriending Hall and eliciting a confession.

It takes about an episode and a half to set the stage and cue the music for the actors to dance to, and the establishment of the plot might seem slow and boring even… but steady yourself for the long haul, as all of this is worth the wait.

Storyline: Inspired by a true story, as Jimmy Keene begins a 10-year prison sentence, he gets an incredible offer: If he can elicit a confession from suspected killer Larry Hall, Jimmy will be freed

Taron Egerton as James “Jimmy” Keene and Paul Walter Hauser as Larry Hall are magnetic in their scenes together. The duo is so adept at working off of each other’s energies on-screen, that watching them act is like watching a well-choreographed ballet. Their performances transcend the bars of their cells to suck us in; Hauser, especially with his body language and the unique ticks he gives to Hall, creates a constant air of discomfort on-screen.

While the show opens up multiple avenues to address issues of patriarchy and misogyny that plague most serial killers, these plot points remain mere footnotes. Black Bird attempts to embody the academic nature of Mindhunter, but it never really ascends to realising its full potential, straying and becoming just another well-made thriller.

The show also fails to address the larger structural issues that plague prisons in America like the industrial-prison complex or the racial divide that exists within the walls of a prison, and is sometimes painfully microscopic.

However, the production of the series is clean with crisp sound and hushed tones. The colour grading is reminiscent of Fincher’s Mindhunter. If you are a Mindhunter fan who has still not gotten over not getting a third season of your favourite show, Black Bird can provide some much-needed closure.

And finally, the show is a fitting farewell to Ray Liotta who essays the role of Big Jim — Jimmy’s father — on-screen. Big Jim is a frail old man recovering from his stroke, forced to reckon with the idea of morality and the legacy he leaves behind in his son. He is one of the main reasons Jimmy fights for his freedom. Knowing that this was the last roles Liotta played, makes the musing of Big Jim on screen even more effective.

The Hindu17 seconds ago

The Hindu17 seconds ago
2