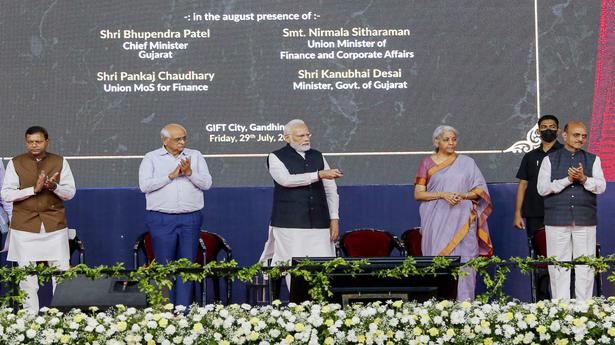 India is the world’s second biggest consumer of gold and the move to set up the IIBX is seen as India’s effort to bring transparency to the market for the precious metal.

Moreover, setting up of IIBX could lead to standard gold pricing in the country and make it easier for small bullion dealers and jewellers to trade in the precious metal.

India, a leading importer of bullion

India is a leading importer of the metal and imported 1,069 tonnes of gold in 2021, up from 430 tonnes a year ago. The yellow metal is tightly regulated in the country and currently only nominated banks and agencies approved by the Reserve Bank Of India can import gold and sell to dealers and jewellers across the country.

While launching the new exchange and laying foundation stone for new projects in GIFT city, his pet project, the PM said that India is among the biggest economies in the world and is now joining the league of global financial centres like the United States, the United Kingdom and Singapore.

The PM laid the foundation stone of the headquarters building of the International Financial Services Centres Authority (IFSCA), the country’s first and only IFSC in line with those in UAE, Singapore and Hong Kong.

“Today in the 21 st century, finance and technology are linked to each other. And when it comes to technology, in science and software, India has an edge and experience. Today, India alone has 40% share in real-time digital payments all over the world,” he said at the event.

“India is one of the world’s leading economies and will become even bigger going forward; we should build institutions that can cater to our present and future roles,” the Prime Minister said.

In his address, he said the IFSCA will become an enabler and support innovation and also become a catalyst for growth opportunities in the financial services sector in the country. The IFSCA works as a unified authority for the development and regulation of financial products, financial services and financial institutions at the IFSC at GIFT city in Gandhinagar, a press release said.

The PM said that various measures taken by the government on Foreign Direct Investment (FDI) policy reforms have resulted in increased FDI inflows to the country, as it received its highest-ever FDI inflow of ₹6,31,050 crore in the financial year 2021-22.

He also mentioned about financial inclusion with the poorest of the poor joining formal financial banking channels through Jan Dhan accounts and banks giving special credit to small and medium enterprises and entrepreneurs.