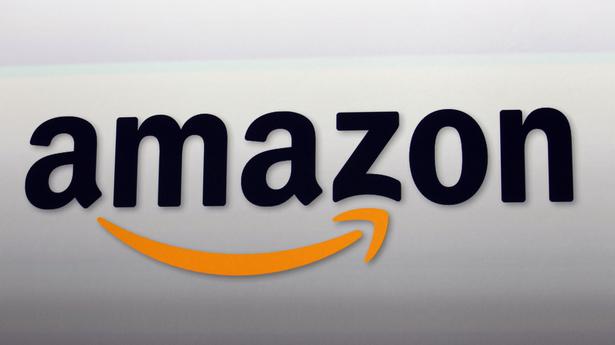 The company also said it is making progress in controlling some of the excess costs from its massive expansion during the COVID-19 pandemic.

The Seattle-based e-commerce giant lost $2.03 billion, or 20 cents per share, in the three-month period ended June 30, driven by a $3.9 billion write-down of the value of its stock investment in electric vehicle start-up Rivian Automotive.

That compared to a profit of $7.78 billion a year ago. It posted a loss of $3.84 billion in this year’s first quarter, its first quarterly loss since 2015, which was also marked by a large Rivian write-down. Analysts had been expecting a 12-cent profit in the latest quarter, according to FactSet.

But Wall Street was cheered by Amazon’s $121.2 billion in revenue, topping expectations of $119 billion. The results came as the company attempts to navigate shifting consumer demand and higher costs, while curtailing the glut of warehouses it acquired during the COVID-19 pandemic.

CEO Andy Jassy said in a statement that Amazon is seeing its revenue accelerate as it invests in its Prime membership and offers more benefits to members, such as its recent deal to give free access to meal delivery service Grubhub for a year.

He said Amazon continues to feel inflationary pressure from higher energy and transportation costs, but it’s been making progress controlling expenses related to its fulfillment network.

Between 2019 and 2021, Amazon nearly doubled the number of warehouses and data centres it leased and owned, to keep up with rising consumer demand. But as consumers shifted their habits, Amazon found itself with too many workers and too much space, which added billions in extra costs. The company has been subleasing some of its warehouses, ending some of its leases and deferring construction on others to deal with the problem.

Amazon’s Chief Financial Officer Brian Olsavsky said during a media call Thursday the company is slowing down its expansion plans for this year and the next to better align with customer demand.

On the labour side, Amazon has been able to reduced its headcount through attrition and staffing levels were more in-line with demand, Mr. Olsavsky said.

Despite Wall Street’s celebration, the e-commerce and technology giant’s revenue growth still landed at a relatively sluggish 7%, the same as the first quarter of this year and its slowest in about two decades. It comes as the pandemic-induced consumer reliance on online shopping dies down and Americans are shifting their spending habits away from things like home improvements towards traveling and eating out.

Consumers and businesses are also feeling the weight of surging inflation, which is at its highest in 40 years. Faced with rising costs of food and gas, Americans have dialed back purchases on discretionary items, forcing Walmart, Target and other retailers with extra inventory to offer more discounts on items like electronics.

Mr. Olsavsky said third-party sellers represented 57% of total units sold on Amazon during the quarter, the highest in the company’s history.

Amazon is expecting to post between $125 billion and $130 billion in revenue for the third quarter, a growth of 13% to 17% compared to the same period a year ago. Analysts are expecting $126.49 billion, according to FactSet.