My fans, my family: When celebrities bond with fans 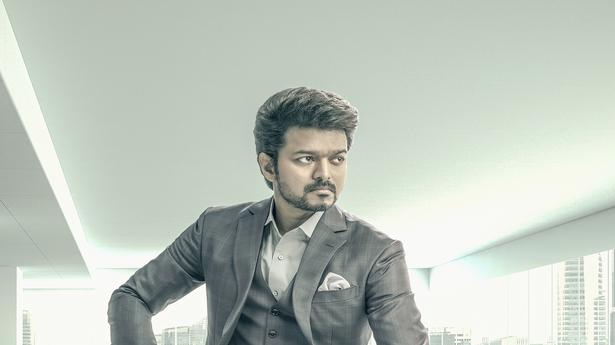 A day before the first look launch of Vijay’s upcoming  Vaarisu, Mohamed Ashik, who works at a production company, was getting ready.

He — and a few of his friends, all fans of ‘Thalapathy’, as they call their matinee idol — sprung into action in the forthcoming days, furiously tweeting the various posters of Vijay from the film and reactions from the industry people.

Mohamed Ashik is an admin of not one or two, but  four fan Twitter accounts of Vijay. The biggest fan page among them — @Actor_Vijay — has been around since 2011 and has more than a million followers, while other accounts like @ActorVijayFC have more than 500k followers. Ashik’s fascination for the star, which he says kickstarted when he watched his  Shahjahan (2001), remains intact till date. “We are most active during the release of a film or when updates about his projects pour in,” says Ashik, who adds the group was most active during the release of the Atlee-directed  Mersal (2017).

The days when fans desperately stood outside stars’ houses, trying to get a glimpse of their matinee idol, are far and few between today. Ashik has, in fact, never met his favourite star, except getting a glimpse of him during one of his audio launches. But he still feels connected to Vijay, thanks to social media.

Sravanti Vedula, innovation management officer, understands this. Ever since she watched 2010 Telugu film  Ye Maaya Chesave ( Vinnaithaandi Varuvaaya in Tamil), she became a fan of Samantha. Today, along with friends Sai Sravan, Abhinay Nooli and Srinikethan Kailasnath, Sravanti manages Twitter account @SamanthaPrabuFC, with more than 190k followers, posts anything you want to know about Samantha. The bio says, “Sam! Sam! Sam! Sam!”. “We’re more friends than fans now,” says Sravanti proudly, “She (Samantha) treats us like that. We meet her every year at least once when she shares updates and also enquires about our families.”

This bonding is because of how Samantha’s career and the online fan club grew together. These fan accounts are most active during the time of a film release or when the star posts a major update. However, stars like Samantha take time out for their fans. Adds Sai Sravan, a servicedesk engineer based in Hyderabad, “Our bond has only increased over time. Whenever she posts something, we try to promote it as much as possible so that it gets maximum visibility.”

Cheryl-Ann Couto, head of Partnerships, Twitter India, states, “Fans on Twitter are expressive, passionate, leaned in, and instrumental in driving the conversation and building communities around some of the biggest moments in culture.” Such fan engagement has prompted the platform to do many activities, including the recent #FanTweets video with music maestro Ilaiyaraaja, in which the composer answered fan questions, to the ‘Sounds of Beast’ drop from Vijay’s  Beast that has music by Anirudh.

For stars, it is all about spreading cheer; take R Madhavan who has over 3 million followers on Twitter. Be it wishing them on their birthdays or thanking them for appreciating his films, Madhavan is someone who regularly engages with his fans. “For celebrities like us, just acknowledging a tweet or smiling at someone from my car window can make his/her day,” says the actor, whose most recent film was  Rocketry: The Nambi Effect, “We know the world has a lot of chaos, so why not spread love and cheer? It makes me feel happy. It makes me feel that I am using my fame and success correctly.”