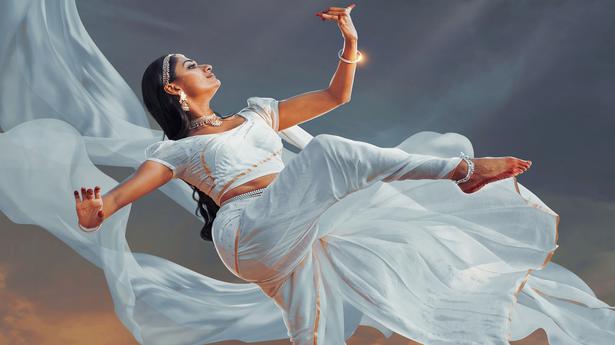 Sandhya Raju, who won the national award for best choreography for ‘Natyam’, discusses how she wanted to make the dance compositions appeal to moviegoers

Sandhya Raju, who won the national award for best choreography for ‘Natyam’, discusses how she wanted to make the dance compositions appeal to moviegoers

Kuchipudi dancer, actor and film producer Sandhya Raju who won the best choreography award at the 68th National Film Awards terms the recognition as a validation for the work that went into her Telugu film, Natyam. “I do not come from a film family. I was entering a new terrain and spent a lot of time away from my family and my students at the Nishrinkala Dance Academy. There were days when I wondered if all this effort was worth it,” she confesses during this interview with Friday Review. Directed by Revanth Korukonda and produced by Sandhya, Natyam also bagged the national award for best make-up for T V Rambabu.

Sandhya considers it humbling to be awarded for her choreography and mentions with pride some of the previous winners — Pandit Birju Maharaj, Prabhudeva, Bosco-Caesar and Saroj Khan — and says it is a proud moment to be part of an elite club.

Natyam is set in a fictional dance village, almost as a nod to Kuchipudi village in Andhra Pradesh and dance schools such as Kalakshetra. The protagonist Sithara, played by Sandhya, dreams of performing a dance ballet based on the life of Kadambari, a fictional character whose story is steeped in mystery. But destiny has different plans for her. The story allows ample room for song and dance situations and Natyam showcases classical, folk, contemporary and western compositions.

Sandhya affirms that she intended to appeal to the moviegoing audiences: “Classical dance connoisseurs would have their own markers as to what contributes to a pure dance form. The instruments, music, raga, lyrics and the way we compose a mangalam, margam or tharangam would have to conform to the classical context. While planning the choreography, I was reminded about the origin of Bharatanatyam and Kuchipudi. Bharatanatyam began as a temple dance form wherein dancers performed in front of the deity, whereas Kuchipudi began with the idea of making classical dance accessible to people. Bands of itinerant artistes would travel to perform Bhama Kalapam, Parijatham, Krishna-Rukmini-Satyabhama stories and so on. My guru Vempati Chinna Satyam was known for his Kuchipudi dance dramas. I saw Natyam as an opportunity to make different dance forms appealing to the movie audiences.”

Members of Aayana Dance Company and western contemporary dancers from Mumbai were part of the Natyam team; they pitched it on to train them all for the film and also doubled up as background dancers where necessary.

One of the songs was a romance in the Radha-Krishna theme and Sandhya recounts it being a learning experience since visual effects were involved: “We filmed in a green room; a lot of homework went into the choreography that was a mix of folk and Indian contemporary dance. As a Kuchipudi dancer, I am used to performing on stage. Working on a film with the camera as the third eye and visual effects being added later was a new ballgame.” A highlight of the film was the ‘Namah Shivaya’ song filmed within the temple precincts at Lepakshi, Andhra Pradesh. Permissions were tough to come by; Sandhya mentions the help from Brahmani, the daughter of actor-politician Balakrishna who facilitated the process. The song was initially planned to be filmed at night but since permission was denied, we shot it during the day. This was in summer and posed challenges. Sandhya recalls how the film team would pour water on the stone surface and she, co-star Kamal Kamaraju and other dancers would dance for 15 to 20 seconds in front of the camera and rush back to the shade: “At the end of the seven-day schedule, many of us had blisters on our feet, which took several days to heal. Some sort of insane passion kept us all going. I took that exercise as a test from Lord Shiva himself.”

Dressing up the cast

Natyam required special attention to the make-up of its principal cast as well as the large number of dancers and junior artistes who were part of the dance numbers. Sandhya credits make-up artiste Rambabu for ensuring that his team of make-up artistes worked keeping in mind the demanding filming schedules. “I did my make-up on my own. For many of the cast members, Rambabu garu’s team handled the responsibilities,” she says.

Natyam was certified in mid-December 2020, thus qualifying for the 68th National Film Awards that recognised films certified in 2020. Owing to the pandemic-induced delays, it wasn’t until October 2021 that the film found a theatrical release.

To get a realistic view of how the audience would perceive Natyam, test screenings were held. Rather than limiting themselves to feedback from friends, family and the film fraternity, Sandhya and director Revanth assembled men and women of different age groups and walks of life: “We wanted a reality check. Drivers, nurses from a hospital, boys from a basti who normally watch mass masala movies… we had a mixed audience, including those who could not understand Telugu. I subtitled the film and wanted to gauge whether the emotions translate well. The feedback helped us understand how different people view a film.”

Dedicating her award to her guru Vempati Chinna Satyam, Sandhya states that he was regarded as a pathbreaking rebel in his times: “I cannot compare myself, in any measure, to him. But with Natyam, I tried to get new people to know about Kuchipudi in today’s context. There has been a lot of respect and adulation for the film.”

Next, Sandhya is working on a new Telugu film set in Telangana. She is neither producing it nor is it a dance-oriented project. She wants to hone her skills as an actor: “I had multiple responsibilities in Natyam, planning the costumes and coordinating with the art direction department, apart from acting, choreography and production. This time I wanted to surrender myself to the craft of acting. It is going to be a new adventure and the production house will reveal the details of the film soon.”