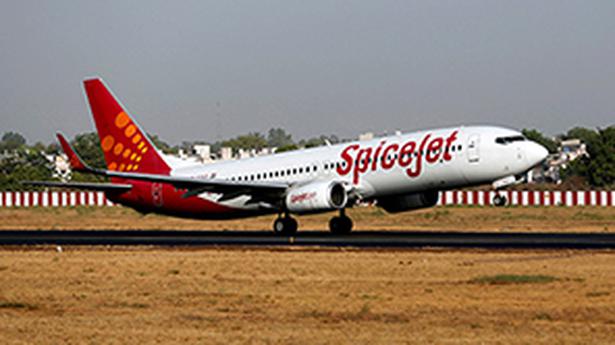 The Directorate General of Civil Aviation (DGCA) is “examining” SpiceJet’s reply to the show-cause notice the regulator served on the airline for its failure to ensure safety following a spate of mid-flight incidents.

“We have received SpiceJet’s response and are examining it. We will take a decision in a few days,” a senior DGCA official told The Hindu.

The aviation safety regulator served the notice on the airline on July 6, giving it three weeks to respond. The deadline ended on Tuesday at 5 p.m.

At the time of the notice, SpiceJet had seen at least eight incidents and one accident since May.

The Minister of State for Civil Aviation V.K. Singh told Rajya Sabha on Monday that soon after the show-cause, the DGCA grounded 10 SpiceJet planes after carrying out 53 spot checks on 48 of its planes between July 9 and July 13.

The aircraft were grounded until the reported malfunctions were rectified. The planes are now in operation. Mr. Singh added though that the DGCA did not find “any major significant finding or safety violation”.

In its notice, the DGCA said that it reviewed several incidents the airline was involved in since April and found instances of “degraded safety margins” and blamed “poor internal safety oversight” and “inadequate maintenance actions”.

In the observation, the regulator linked the fall in safety standards to the airline’s poor financial health. It said that a financial assessment undertaken by it in September 2021 revealed that the airline witnessed shortage in supply of spare parts because of its failure to pay vendors on time, most of whom were conducting business with the airline on “cash and carry” basis.