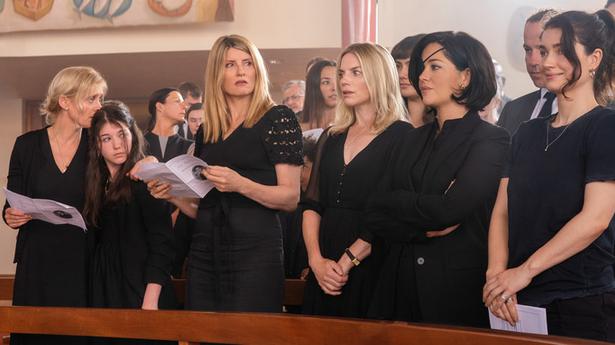 Here is the full list of new and upcoming titles on the platform:

Set in high-end San Francisco, Surface stars Gugu Mbatha-Raw (“The Morning Show”) as Sophie, a woman who has suffered a traumatic head injury that has left her with extreme memory loss, believed to be a result of a suicide attempt. As Sophie embarks on a quest to put the pieces of her life back together with the help of her husband and friends, she begins to question whether or not the truth she is told is in fact the truth she has lived.

Through twists and turns and a shocking love triangle, this sexy, elevated thriller asks: What if you woke up one day and didn’t know your own secrets? Surface is a story of self-discovery which contemplates if we are pre-programmed to become who we are, or if we choose our own identity.

A magical and adventurous animated film, Luck centres around the story of Sam Greenfield (voiced by Eva Noblezada), the unluckiest person in the world. When she ages out of foster care, Sam discovers the Land of Luck and embarks on a quest that could change her luck forever. Simon Pegg provides the voice for Bob, a lucky black cat from the Land of Luck, where the Captain (voiced by Emmy, Grammy, Oscar and Tony-winner Whoopi Goldberg), stands guard as the head of security. Bob becomes Sam’s partner in the quest to find a lucky penny in hopes of preserving his lucky life.

Flula Borg provides the voice for Jeff the Unicorn, a larger-than-life facilities engineer who maintains the magical machine that distributes good and bad luck to the human world and who dreams of one day being reunited with his one true love, the CEO of Good Luck, the Dragon (voiced by two-time Academy Award winner Jane Fonda). Lil Rel Howery provides the voice for Marv, the owner of the Flowers & More store where Sam gets her first job, who is upbeat, sharply dressed, and always ready with an encouraging word for unlucky Sam. Based on actual events and adapted from the book by Pulitzer Prize-winning journalist Sheri Fink, Five Days at Memorial is an eight-episode limited series that chronicles the impact of Hurricane Katrina and its aftermath on a local hospital. When the floodwaters rose, the power failed and heat soared, exhausted caregivers at a New Orleans hospital were forced to make decisions that would follow them for years to come.

‘Five Days at Memorial’ will premiere with the first three episodes on Friday, August 12.

Bad Sisters is billed as a delicious blend of both dark comedy and thriller that is set in Ireland. The ten-episode series follows the lives of the Garvey sisters, who are bound together by the premature death of their parents and a promise to always protect one another.

Bad Sisters will debut globally on Friday, August 19 with the first two episodes, followed by one new episode weekly every Friday. A still from the ‘See’
| Photo Credit: Apple

See is set in a brutal and primitive future, hundreds of years after humankind has lost the ability to see. In season three, almost a year has passed since Baba Voss (Jason Momoa) defeated his nemesis brother Edo and bid farewell to his family to live remotely in the forest. But when a Trivantian scientist develops a new and devastating form of sighted weaponry that threatens the future of humanity, Baba returns to Paya in order to protect his tribe once more.

The series features cast and crew who are blind or have low vision and has been honoured for its representation of the visually impaired, winning the Ruderman Family Foundation Seal of Authentic Representation in 2020. See was also recognized this year with an NAACP Image Awards nomination for star Alfre Woodard in the Outstanding Supporting Actress in a Drama Series category.

The third and final season of See premieres on August 26.

In the third season, as Bitsy continues her relentless pursuit to buy the park, Owen embarks on a new promotional campaign to make more people fall in love with it, and Paige finds herself busier than ever when she lands her first book deal. Starring Zac Efron and Russell Crowe, The Greatest Beer Run Ever is directed by Peter Farrelly and hails from Skydance Media. The screenplay is adapted by Farrelly, Brian Currie and Pete Jones, and is based on the book The Greatest Beer Run Ever: A Memoir of Friendship, Loyalty and War, by Joanna Molloy and John “Chickie” Donohue. It is the true story of Donohue, who left New York in 1967 for Vietnam to track down and share a few beers with his childhood friends while they were serving in combat.

The Apple Original Film will premiere on September 30.