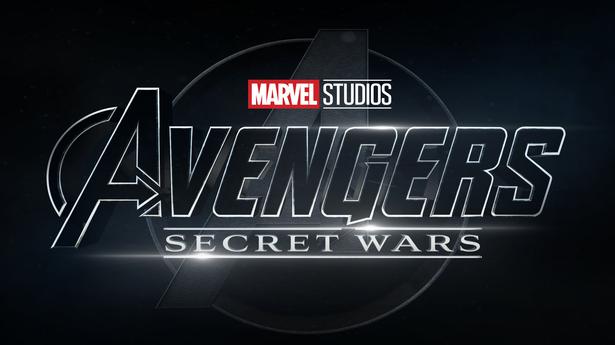 Marvel Studios made a splash at the 2022 San Diego Comic-Con as the banner unveiled its slate of titles for phases five and six of the Marvel Cinematic Universe, which would include two new Avengers movies.

Appearing after a gap of three years, the studio’s boss Kevin Feige made it clear to the crowd that Marvel has no plans to slow down and announced the release dates of several movies as well as teased footage from many upcoming titles.

Feige revealed that the ongoing phase four of the MCU will culminate with Black Panther: Wakanda Forever, the sequel to the 2018 global hit Black Panther. The studio released an emotional teaser for the Ryan Coogler-directed movie, which had faced uncertainty after the death of lead star Chadwick Boseman due to colon cancer in August 2020.

Before Black Panther: Wakanda Forever, Marvel will debut She-Hulk, an upcoming legal comedy series, on the streaming service Disney+. The show, starring Tatiana Maslany as Jennifer Walters who is the cousin of Mark Ruffalo’s Bruce Banner/The Hulk, will premiere on August 17.

Feige said that phase five will kick-start with Paul Rudd and Evangeline Lilly’s Ant-Man and the Wasp: Quantumania, which would introduce Jonathan Major’s supervillain Kang the Conqueror in the MCU.

The film’s team — Rudd, Lilly, Kathryn Newton, who plays Cassie Lang, and filmmaker Peyton Reed — unveiled a teaser which sees the titular superheroes getting sucked to the Quantum Realm where they face off with Kang. Reed teased that the film, which will release on February 17, 2023, will also introduce supervillain MODOK in the MCU.

It will be followed by Guardians of the Galaxy Vol. 3, which will debut on May 5, 2023. The film will bring back the titular group of misfit superheroes along with new characters like Adam Warlock (Will Poulter) and Cosmo the Spacedog (Maria Bakalova).

At the film’s panel, director James Gunn said the film will mark the end of his Guardians saga. “This is the end of that story. I’m sorry. Some stories have an end. It doesn’t mean everybody dies,” he said.

After Guardians of the Galaxy Vol. 3, the two films garnering immense interest from Marvel fans are Mahershala Ali’s Blade and Captain America 4, which will see Anthony Mackie’s Sam Wilson as the titular superhero.

It was at Marvel’s presentation at SDCC 2019 when Feige had announced that Ali will take on the role of Blade, the half-human, half-vampire, who was earlier played by Wesley Snipes on the big screen.

Feige said Blade will hit the theatres on November 3, 2023. It will be directed by Bassam Tariq and also star Aaron Pierre and Delroy Lindo in pivotal roles.

The producer announced that the fourth instalment of the Captain America film series, which earlier centred around Chris Evans’ Steve Rogers, has been titled Captain America: New World Order.

To be directed by Julius Onah, the movie will see Mackie’s Wilson wield Captain America’s shield on the big screen for the first time. It will be released on May 3, 2024.

Secret Invasion, which will feature Samuel L Jackson as Nick Fury, will drop in the spring of 2023. Dubbed as a dark and gritty political thriller, the show will also feature Ben Mendelsohn (the Skrull Talos), Don Cheadle (James Rhodes), and Martin Freeman (Everett K Ross) as well as newcomers Kingsley Ben-Adir, Olivia Colman and Emilia Clarke.

Echo, a spin-off to Hawkeye that centres around Alaqua Cox’s Maya Lopez, a deaf superhero, will be released in Summer 2023, followed by the second season of Tom Hiddleston’s Loki.

In late 2023, the studio will debut Ironheart, a series based on the character of Riri Williams (Dominique Thorne), who will be introduced in Black Panther: Wakanda Forever.

WandaVision spin-off series on Kathryn Hahn’s character Agatha Harkness has been titled Agatha: Coven of Chaos and it will premiere in late 2023 or early 2024.

Cox, who reprised his role of Matt Murdock aka Daredevil for the blockbuster Spider-Man: No Way Home, is being fully brought into the MCU fold with Daredevil: Born Again, set for debut in early 2024.

Phase five will come to an end with Thunderbolts, the MCU equivalent of rival studio DC’s Suicide Squad movies. The film, which will feature an ensemble of antihero characters from the MCU, will release on November 8, 2024, Feige revealed.

Feige also unveiled early plans for the sixth phase of the MCU, which will commence with the Fantastic Four movie. Though no cast was announced, the Marvel head said the much-awaited movie is slated for November 8, 2024.

Phase six will end with two Avengers movies — Avengers: The Kang Dynasty to be released on May 2, 2025, and Avengers: Secret Wars on November 7, 2025.