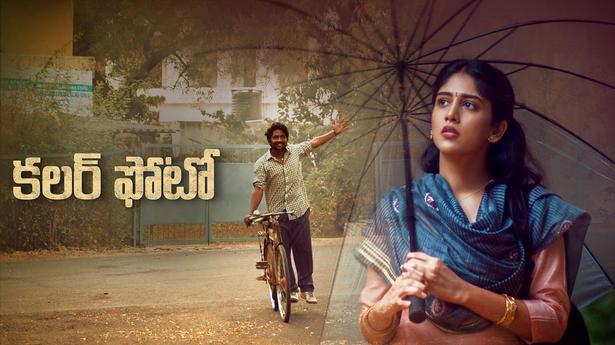 Telugu films Colour Photo, Ala Vaikunthapurramulooand Natyam won at the 68th National Film Awards. The awards, announced on July 22 evening, brought cheers to the Telugu film industry. Colour Photo, directed by Sandeep Raj and starring Suhas and Chandini Chowdary, was declared the best feature film in Telugu. The film, with story by Sai Rajesh and screenplay by Sandeep, was co-produced by Sai Rajesh with Benny Muppaneni. The romantic drama set in the 1990s had a direct digital release during the pandemic and was one of the most critically appreciated films of the year.

Before the theatres downed their shutters in March during the first lockdown, the Telugu film that had become a roaring success across theatres in January was Ala Vaikunthapurramuloo directed by Trivikram Srinivas, headlined by Allu Arjun and Pooja Hegde. One of the highlights of the film was its catchy soundtrack and music composer Thaman S bagged the national award for best music (songs).

An ecstatic Sandhya Raju reacted to the announcement stating that she dedicates her award to her Kuchipudi guru, the late Vempati Chinna Satyam: “Each time I would walk past the photograph of him receiving the Padma Bhushan award, I would ask myself if I have it in me to become an impactful artiste. I am honoured to receive this award which was previously bagged by renowned artistes including Pandit Birju Maharaj and Prabhudeva.” Kamal Kamaraju and Sandhya Raju in ‘Natyam’, which has bagged the award for best choreography and make-up

Natyam, she recalls, witnessed a confluence of dance forms, including a romantic film dance replete with visual effects, Kuchipudi dance numbers and a fusion dance: “We had six songs in all and we tried to make them different from one another.” The 68th National Film Awards recognises films that were certified in the year 2020. Though Natyam was released in theatres in October 2021, Sandhya discloses that it was certified in mid-December 2020, enabling it to qualify for the awards: “The film was released in theatres much later, owing to delays caused by the pandemic.”

In an interview with The Hindu earlier this summer, Thaman had stated that he composed the hit song ‘Butta Bomma’ in about 15 minutes. The conversations he had with director Trivikram Srinivas helped him immensely in his compositions for Ala Vaikunthapurramuloo. The album topped the charts for more than a year with a mix of classical, hip hop, folk tunes. ‘Samajavaragamana’, ‘Ramuloo Ramulaa’, ‘Oh My God Daddy’ and ‘Sitharala Sirapadu’, apart from ‘Butta Bomma’, were popular picks. The music of Ala Vaikunthapurramuloo, Thaman added, also paved the way for him to bag the opportunity to compose for director Shankar’s new Tamil-Telugu film starring Ram Charan.

Colour Photo, a semi-fictional story, is a romance drama of a couple who try to bridge the class, colour and caste divide. In his interview with The Hindu, writer and co-producer Sai Rajesh had revealed that nearly 70% of the story was based on true incidents that occured in his life. While his personal story was a happy one that culminated in marriage to the woman he courted, the on-screen story takes a different turn. Colour Photo caught attention for its storytelling, lilting music and moving performances by the lead cast.

While on the topic of National Film Awards, it is worthy of being noted that the Tamil film Soorarai Pottru, which has bagged awards for best feature film, lead actors Suriya and Aparna Balamurali, was also widely appreciated for its Telugu dubbed version Aakaasam Nee Haddhu Ra.

The Hindu35 seconds ago

The Hindu35 seconds ago
2

The Hindu Business Line38 mins ago
4