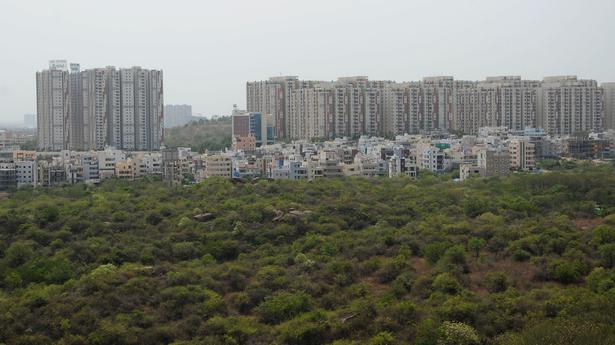 
The sentiment index for the real estate sector dropped in April-June period due to two rounds of repo rate hike but remained positive, according to Knight Frank India and NAREDCO.

The outlook for next six months is optimistic although not as buoyant as it was during the March quarter.

As per the Knight Frank-NAREDCO Real Estate Sentiment Index Q2 (April-June 2022), the current sentiment score has moderated to 62 from record 68 reported in January-March.

The current sentiment index score has dropped mainly due to the perceived impact of the two consecutive repo rate hikes in May and June 2022.

The future sentiment score, which captures the stakeholder sentiments for the next six months for the real estate sector, also shrunk to 62 in Q2 2022 from its historic high of 75 in Q1 2022, as pressures of a rise in inflation and depreciating rupee against the dollar cast a shadow on the sector, the consultant said.

“Despite the decline, both the current and future sentiment scores remained optimistic,” it added.

In Q2 2022, the Current Sentiment Index score and Future Sentiment Score are equal as stakeholders are confounded in the current economic climate where the impact of global economic headwinds on the Indian economy is yet to play out.

“Despite the rising cost pressures and home loans becoming expensive, the optimism amongst developers is on the account of a strong demand trend from homebuyers,” the consultant said.