Homeentertainment‘Malayankunju’ must be the toughest project in the career of each person who worked in it, says director Sajimon
entertainment

‘Malayankunju’ must be the toughest project in the career of each person who worked in it, says director Sajimon 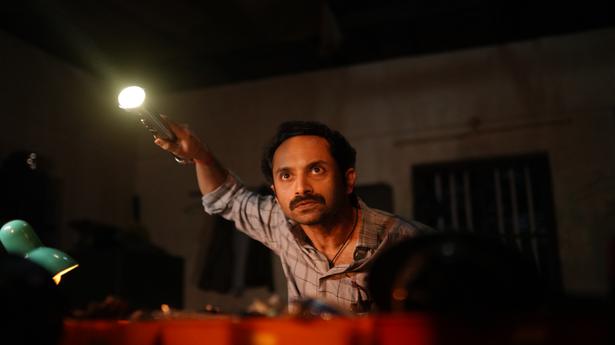 A poster of Malayankunju says that the film might disturb people who have claustrophobia. The trailer and behind-the-scenes video tell you why. The Fahadh Faasil-starrer is the directorial debut of Sajimon, who has been working in the Malayalam film industry for 15 years as an associate.

As the film is all set to release in theatres on July 22, Saji says, “This must be the toughest project in the career of each person who worked in it.” Malayankunju is a survival drama, revolving around Fahadh’s character, Anikuttan, who repairs electronic equipment. He is irritated by the crying of Ponni, a new-born in his neighbourhood. But when a landslide traps him 40 feet under the ground, it is her cry that gives him hope. Saji adds that there is more to the film than the landslide as it also looks at how a natural calamity changes the protagonist’s outlook towards many things.

“The project has been in the making for over a year. In spite of the delays and difficulties, I couldn’t have asked for anything bigger and better than this as my first project,” says Saji, as he refers to some of the acclaimed names associated with the project. Maestro A R Rahman returns to Malayalam as a composer after three decades. Editor-director Mahesh Narayanan, who has written the script, turns cinematographer for the first time. The film is produced by Fahadh’s father and veteran filmmaker Fazil. It is Fazil’s second project with Fahadh in 20 years, the first being the latter’s launch vehicle, Kaiyethum Doorathu (2002), which Fazil wrote, directed and produced.

Saji adds that the film’s canvas got bigger as the making progressed. The shooting of the film began in January 2021 with a limited crew amid lockdown restrictions. The first schedule went off smoothly at Erattupetta.

For the second half, which has underground scenes, a huge set was constructed inside a studio in Kochi, by the art direction team led by Jothish Shankar. But the first shot of the first day of shooting saw Fahadh getting seriously injured. “He fell on his face from a height of 20 feet and injured his nose. It was heartbreaking to see his state,” Saji remembers. Fahadh was out of action for over six months. The second lockdown delayed things further. Fahadh Faasil and Indrans in a still from Malayankunju
| Photo Credit: SPECIAL ARRANGEMENT

When the shoot resumed, they struggled to execute the scenes. “The art direction team had done a brilliant job with the set but it was not easy to capture the plight of the character trapped underneath. There wasn’t enough space for the cameraperson to stand straight and shoot. In most Malayalam films, a day’s shoot might go for 14 to 16 hours. But in Malayankunju we didn’t shoot for more than four hours on a day because we couldn’t leave Fahadh in mud, water and the debris for a longer duration,” explains Saji.

He adds that it was not an easy project for the sound designers Vishnu Govind (who also did sound mixing) and Sree Sankar. “We don’t know what are the sounds that one can hear under the ground. They had no references as well,” he says.

It was Mahesh’s decision to handle cinematography. “We knew he could pull it off having seen him handle the camera in certain schedules of Malikand C U Soon. In fact, it was his ambition to become a cinematographer, but he ended up learning editing,” Saji says. The director adds that he was in a comfort zone during the making, having known Mahesh and Fahadh for many years now. A native of Wayanad, Saji met Mahesh in Thiruvananthapuram because of their common passion for films. After working in television, Saji got into films as an associate of V K Prakash (VKP) and Mahesh has been the editor of most of VKP’s films. Besides working in all the films directed by Mahesh, Saji has been an associate of filmmakers such as Vysakh and V Venu.

“I have known Fahadh from the sets of VKP’s Natholi Oru Cheriya Meenalla (2013). I had initially planned a film with Badusha [production controller]. But during the lockdown, Mahesh came up with the story of Malayankunju for me . Fahadh said he would like to take it up and eventually it became a production venture by Fazil sir,” Saji says. A Malayalam film starring Fahadh is reaching theatres after a gap of two years, the last being Trance (2020). He has had non-Malayalam theatre releases, Pushpa: The Rise (2021) and Vikram (2022), which were blockbusters.

Getting Rahman on board was Fahadh’s idea, that too when the film was in the editing stage. He sent an email to the composer about the project and Rahman was ready to watch it. Eventually, the team met him in Dubai with the film. “He loved it and agreed to do the background score and songs. He asked for six months and we were okay with it. We had planned one song. But he felt that there was scope for more songs,” he adds. The film was planned as an OTT release. “When we were shooting it we weren’t sure when theatres would reopen and that’s why we settled for an OTT platform. But when we saw the final product, that too with Rahman’s music, we felt that it deserved to be shown in theatres,” Saji says.

The Hindu Business Line41 mins ago
4