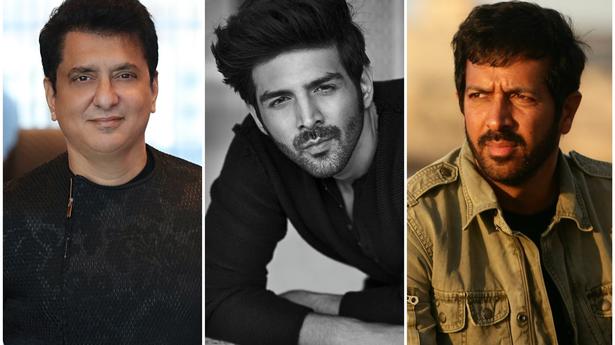 
Bollywood star Kartik Aaryan is set to collaborate with filmmaker Kabir Khan for an upcoming feature film, the makers announced on Monday.

The untitled project, based on a true story, will be jointly produced by Sajid Nadiadwala and Kabir. The latter is best known for helming critically-acclaimed films like Bajrangi Bhaijaan and 2021’s cricket-drama 83.

The Nadiadwala Grandson production banner shared the announcement on its official Twitter handle and revealed that the film will go into production in 2023.

Happy to announce our next, directed & jointly produced by @kabirkhankk starring @TheAaryanKartik. Going on floors early next year

The film will be Nadiadwala and Khan’s second collaboration after 83, which was headlined by Ranveer Singh.

Aaryan, who recently delivered a box office hit with Bhool Bhulaiyaa 2, took to Instagram and wrote that the project is “very special” to him.

Aaryan will be next seen in Freddy and Shehzada.