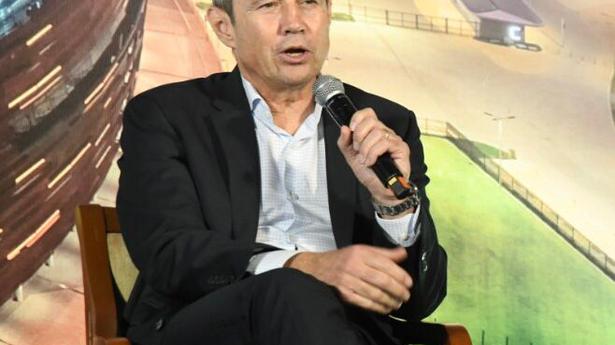 The government of Western Australia, the largest state of Australia, has held talks with the top management of Air India, Vistara and IndiGo requesting them to operate direct flights from India to Perth, a city that is getting ready to host the ICC Men’s T20 World Cup later this year.

The Indian airlines have been approached to connect to Western Australia to boost tourism from India.

Western Australia’s Deputy Premier Roger Cook, during his visit to New Delhi and Mumbai, met airline top executives and Union Civil Aviation Minister Jyotiraditya Scindia apprising them about the potential of Perth as a sector.

“I met Tata Group chairman N. Chandrasekaran and requested him to consider Perth as a route for Air India or Vistara which are part of the Tata Group. Our officials had also met with top executives of IndiGo.” said Mr. Cook in an interview.

He said he has got positive feedback from these airlines but the common concern is adequate load factor. He said once direct air connectivity is established, the number of travellers will rise sharply. Currently Indian tourists travel via Singapore, Kuala Lumpur and Bangkok.

“India remains a priority market for us. Following the return of international visitors to Western Australia, we have seen an influx of visitors from India with arrivals in May reaching more than 90% of pre-COVID levels, and forward bookings for July and August are even higher than before the pandemic,” he said adding tourist number from India had exceeded 30,000 a year in pre-COVID time.

“Securing a direct aviation route from India to Western Australia is a key aviation priority for the Western Australian Government, as it would create even more opportunities for tourism and investment in both destinations, while helping to reconnect visitors from India with their loved ones in Western Australia while providing a huge boost for travel and accommodation businesses,” he said.

“Tourism Western Australia’s research indicates travellers from India are especially interested in nature and wildlife, stunning coastlines, beaches and marine wildlife, local cuisine and a family-friendly destination – Western Australia has all this to offer and much more,” he added.