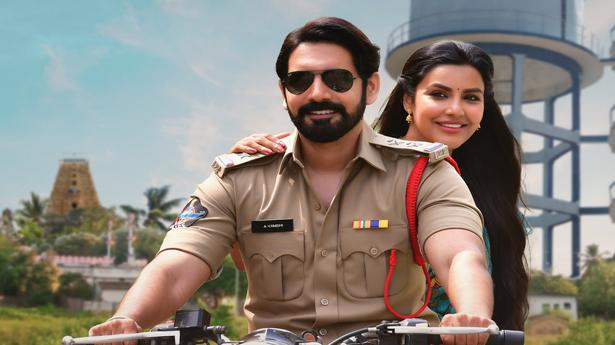 Lakshmi Sowjanya who directed the Telugu rom-com Varudu Kaavalenu takes a rural detour with the Telugu web series Maa Neella Tank (our water tank), streaming on Zee5. She presents a ringside view of happenings in a village without glossing it over, through a motley group of characters. The series marks the entry of actors Sushanth and Priya Anand into the digital space, accompanied by comedian Sudarshan, Nirosha, Prem Sagar, Divi, and others.

Similar to the confident and independent female protagonist in her previous film, here Lakshmi presents a young woman who wants to live life on her terms in the village. The story takes off when Surekha (Priya Anand), who runs a fancy store in the village, flees the place to evade the wedding alliance with Gopal (Sudarshan), son of the village sarpanch Kodandam (Prem Sagar) and his wife (Nirosha). The cop Vamsi (Sushanth) is given the task of tracing Surekha. It is through the eyes of Vamsi, an outsider, who hopes to get transferred to the city, that we see the village and its people.

Maa Neella Tank begins with the potential to be similar to the Hindi web series Panchayat, while staying true to the milieu of the Telugu countryside. We are introduced to the many characters who gather around the non-functional water tank when Gopal climbs the tank and threatens to jump off it if Surekha is not found. The real story of why Gopal is besotted with Surekha unravels much later. Initially, all we know is that he is the village social media star, much like Surekha’s sister (Divi), making reels and videos and aiming for more followers.

The water tank is a namesake structure that has not yet been made functional to the people. Kodandam and his wife are busy making money, while their secretary has his own agenda. There is a political foe as well. The Surekha-Gopal alliance becomes a conduit to serve many purposes of these characters; for instance, bridging the caste divide is likely to win the sarpanch’s family brownie points. Surekha’s mother (Bindu Chandramouli) is keener on the wealth her family is expected to gain from the alliance, while her father (Appaji Ambarisha), though empathetic, does little to help Surekha. Then there is the elderly lady in the village (Annapurnamma) who has an idli bandi and is privy to all the happenings.

The gags in the initial portions serve their purpose to establish the different characters and their quirks. After a point, the gags get repetitive, the humour dries up and for a long time, nothing happens. Like Vamsi who is biding his time and hoping to move away from the village, we, too, watch in anticipation of something interesting, which does not happen. Vamsi and Surekha are characters that could have been fleshed out way better to lend more depth to the story. Sushanth and Priya Anand do what best they can with the material. The row between Sudarshan and his father, Prem Sagar, has a few fun moments.

Maa Neella Tank is an eight-episode series that feels at least two or three episodes longer. When things take a turn in the last two episodes and the story heads to its logical conclusion, it is too little and too late to sustain interest.