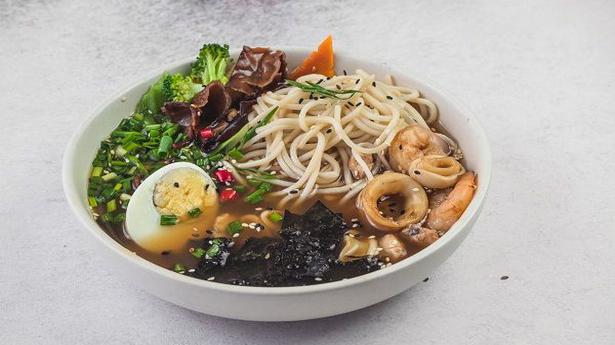 Ranga Shankara presents “Secrets of a Mystic Song”, which will feature bhakti and Sufi songs by Kabir Project with Prashant Parvataneni. The event will be held on July 17 at 5.30 pm. The event is a part of RS Connect and is open to all. Call 26493982 for details.

Embark on a culinary journey at Chowman, which has come up with 15 new dishes for the monsoon. There will be vegetarian and non vegetarian options with dishes such as stir fried pak choi garlic sauce, sliced fish in soya chilli, steamed chicken in exotic vegetable to name a few.

There will be a Sunday sundowner at Koramangala SOCIAL on July 17 at 7.30 pm. The event will feature Jitwam, Synths Back, Peach Block, Skye and the genre will be House Music. Tickets available on Insider.in

Suzy Q by 1522 celebrates its first anniversary — SASSYversary — on July 17 with a special food and cocktail menu.

There will also be a live music performance by Ruth and John, where guests can dance while sipping on their anniversary cocktails. Price starts at ₹ 350 upwards and limited tables. Dial 918047250088 or visit suzyq.in to reserve your place.

Grand Mercure Bengaluru at Gopalan Mall brings Rampuri cuisine. The menu pays homage to a forgotten lineage of Nawabs from Uttar Pradesh and the lesser-known delicacies of their royal kitchens.