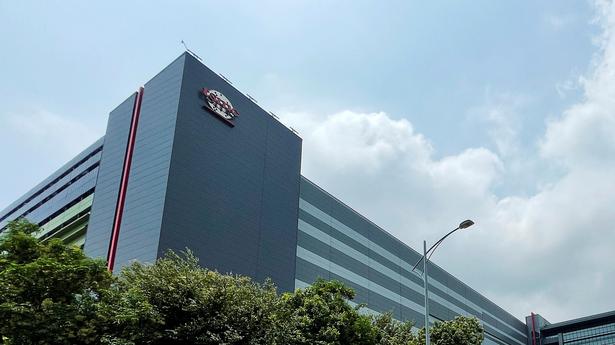 TSMC said it expected third-quarter revenue to surge to between $19.8 billion and $20.6 billion, up from $14.88 billion a year earlier

TSMC said it expected third-quarter revenue to surge to between $19.8 billion and $20.6 billion, up from $14.88 billion a year earlier

Taiwan’s TSMC forecast revenue growth that could be the highest in 10 quarters, saying it was “highly confident” about its long-term prospects and touted demand for high-tech chips used in 5G networks and artificial intelligence.

Taiwan Semiconductor Manufacturing Co Ltd (TSMC), the world’s largest contract chipmaker and a major Apple Inc supplier, said it expected third-quarter revenue to surge to between $19.8 billion and $20.6 billion, up from $14.88 billion a year earlier.

The strong results and outlook underscore the red-hot demand for TSMC’s chips amid a two-year global shortage and ease some doubts after several chipmakers including Micron Technology Inc recently sounded an alarm about a sudden glut.

They are also a testament to the demand for Apple’s iPhone 13 despite record global inflation and worries of a looming recession. Smartphone sales at other companies such as market leader Samsung Electronics Co Ltd have declined following a pandemic-fuelled surge in demand.

TSMC, whose clients also include chip majors such as Qualcomm Inc, raised its revenue growth expectations for 2022 to more than 30% from a previous forecast of roughly 26% to 29%.

Still, TSMC said capital expenditure will skim the lower end of its previous guidance of $40 billion to $44 billion as it said it was facing rising raw material costs.

It signalled that demand was cooling for chips used in consumer electronics, and that it expects customers to start to reduce chip stockpiles over the next few quarters into 2023.

Shares of TSMC have fallen about 23% so far this year, giving the firm a market value of $408.3 billion. The stock rose 1% on Thursday, compared with a 0.8% gain for the benchmark index.