HomeBusinessStartups in India brace up for ‘long and bitter winter’
Business

Startups in India brace up for ‘long and bitter winter’ 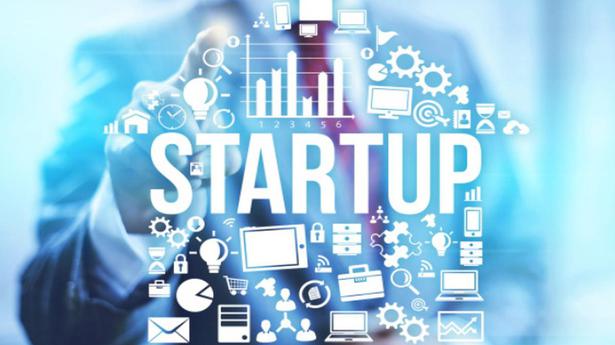 Job losses across start-ups have been making headlines. Industry estimates peg the cumulative job losses in startups at over 10,000 so far this year

Job losses across start-ups have been making headlines. Industry estimates peg the cumulative job losses in startups at over 10,000 so far this year

With funding starting to dry up due to global macro-economic factors, the startup ecosystem in India is bracing itself for a “long and bitter winter” and potential mass lay-offs in the next 12-18 months, particularly in sectors such as ed-tech and gaming that got a significant push during the pandemic, according to experts.

In the last quarter (April-June), start-up funding fell by about 40% to about 6-7 billion, Amit Nawka, Partner, Deals & Startups Leader, PwC India, noted, adding that prior to this, start-ups were seeing investments of about USD 10-11 billion per quarter.

“When we are talking to investors globally, there is limited visibility on when things will stabilise due to factors such as overall macro economic scenario, inflationary pressures, war and fall in the stock markets. While no one really knows, everyone is bracing themselves for a year of low funding. Given all this, start-ups are conserving cash,” he added.

As start-ups look to extend the runway with existing funds, job losses across start-ups have been making headlines. Industry estimates peg the cumulative job losses in startups at over 10,000 so far this year.

“After an extended period of sunshine, Indian startups are now waking-up to a potentially long, bitter and cold winter. A slew of factors have led us here, including the Russia-Ukraine conflict, supply chain disruptions, consequent inflationary pressures, and rising cost of capital, amongst others. As the funding squeeze set in, the layoffs were imminent,” Prabhu Ram, head of Industry Intelligence Group at CyberMedia Research told The Hindu.

He added that over the past years, India’s strong digital boom along with the relative ease of funding fuelled the rise of Indian start-ups, and with an intent to ramp-up growth through new offerings – including products and solutions, they went on a rapid expansion of their product and tech teams.

“Sectors which got a huge natural push during the pandemic such as ed-tech and gaming, their growth has now plateaued, and they are in more trouble. Likewise, there are startups which have not raised capital in the last two years… Irrespective of which sector they operate in, they will also face challenges in raising funds,” Mr. Nawka said, adding that the three main areas of costs for start ups are people, technology and infra, and marketing; cost-cutting is being looked at in all three areas.

According to K.R. Sekar, Partner, Deloitte India, the scenario of slowdown in start-up valuations, dried out funding and massive job losses may continue for the next 12–18 months. The global slowdown and tightening monetary conditions will likely add to investors’ uncertainty and situation may not improve till the US economy revives. However, he added that India-focused start-ups may have a better value and revival will be higher in the days to come as India is expected to bounce back shortly.

Jang Bahadur Singh, Director, Industry Lead – Technology, Human Capital Solutions, Aon, noted that a lot of the slowdown is happening in places where an experiment has failed or the business model itself wasn’t ready for the scale. Start-ups continuously experiment and it is only natural to see some of this play out, he said. Mr. Singh added that there are more than 500 start-ups today that can be classified at late stage or pre-IPO, and less than 10% of them have gone ahead with layoffs. “Layoffs, while high in isolation and very unfortunate, are minuscule as compared to the total number of employees in this sector and largely restricted to non-critical areas such as customer support, operations, etc. We have seen a similar trend in 2016-17 too as start-ups back then in a similar scenario started focusing on productivity and cost reduction measures,” he said.

As per Investindia, since the launch of the Startup India initiative in January 2016, more than 69,000 startups have been recognized in the country till May this year, across 56 diverse sectors, including 13% from IT services, 9% from health and life sciences, 7% from education, 5% from professional and commercial services, 5% from agriculture, and 5% food and beverage. As per data from the Ministry of Commerce and Industry, the number of people employed in start-ups covered under the Start-up India initiative stood at about 1.74 lakh in 2021, Mr. Sekar noted.

Mr. Sekar said that the Indian start-up ecosystem may succumb to a sharp correction in valuations, forced mergers and acquisitions, and a decrease in venture capitalist funding for the next one year, especially for first-time entrepreneurs. However, he added that this may also help stronger companies and genuine start-ups with a better product to emerge from the crisis. “Also, consolidation is likely to take place in certain sectors like technology/fintech and healthcare as established companies may use this situation to their advantage for buy-outs of start-ups,” Mr. Sekar added.

Echoing similar views, Mr. Nawka added that in case start-ups are not able to raise money, many may put themselves up for sale, and larger firms who may have earlier missed out on opportunities will be eager to pick up equity in such start-ups. He also added that amid all this, governance issues in start-ups will also come into focus.

On the reasons for slowdown in funding, Mr. Sekar said it is largely due to turbulent financial market situation owing to geopolitical tensions between Russia and Ukraine as well as the lock down in China that has led to risk averseness amongst investors. Further, Central Banks around the globe are raising interest rates curbing excessive liquidity in the economy, which is squeezing out funds for the start-ups. “There is also fear of recession in the US and other advanced economies, which has also dried up the funding for start-ups and the impact on prices and pressure on sales due to fear of recession,” he said.

Mr. Ram added that going forward, those Indian start-ups that are focused squarely on their mission, remain lean, and avoid frills, will be able to tide through these tough times, and potentially bask in the sun again. “However, we are a long way off from a course correction for the better in the immediate short-term. I expect more course corrections – in terms of layoffs and funding squeeze in tech.”

Mr. Singh of Aon added that across their client base, the broad sentiment is one of cautious optimism, and while there is a tightening of the purse by most venture capital funds, most clients say that there are no immediate concerns with most firms having secured funding lines at least for the next 2-3 quarters. “We will see a slowdown in the sector only if the current scenario turns into a prolonged slow down…We have seen some slowdown in hiring demand… Interestingly we have seen attrition numbers go up from 25% in 2021 to 29% in 2022, as employees move back to more traditional organisations for job security,” he added.