Actors Kim Go-eun and Jinyoung on season 2 of Yumi’s Cells, the possibilities of another instalment, and why they are rooting for more ‘cells’ to be activated

Actors Kim Go-eun and Jinyoung on season 2 of Yumi’s Cells, the possibilities of another instalment, and why they are rooting for more ‘cells’ to be activated

Kim Yumi is back, her broken heart on the mend and her ‘mind cells’ recharged as they once again tread the familiar yet unpredictable path of love, after the painful break up in season 1.

Chronicling the life of a regular office worker, Yumi, from the point of view of her brain cells — represented by several blue unitard-clad smurf-like creatures who control her many thoughts, actions and behaviour — the drama won rave reviews as it skillfully blended live action and 3D animation.

“I felt comfortable returning as Yumi in season 2,” says Kim Go-eun, 31, in an exclusive interview to the Weekend. “The fact that we were at a similar stage in life, in terms of age, was relatable, regardless of the differences between our personalities and situations.” She adds that the ordinariness of the character drew her. “She is a regular girl looking for her significant other, who breaks up and tries to move on. When dealing with her heartbreak, she meets someone new. It’s the ‘living the ordinary, mundane life’ aspect of this drama that resonates with the audience as well”. 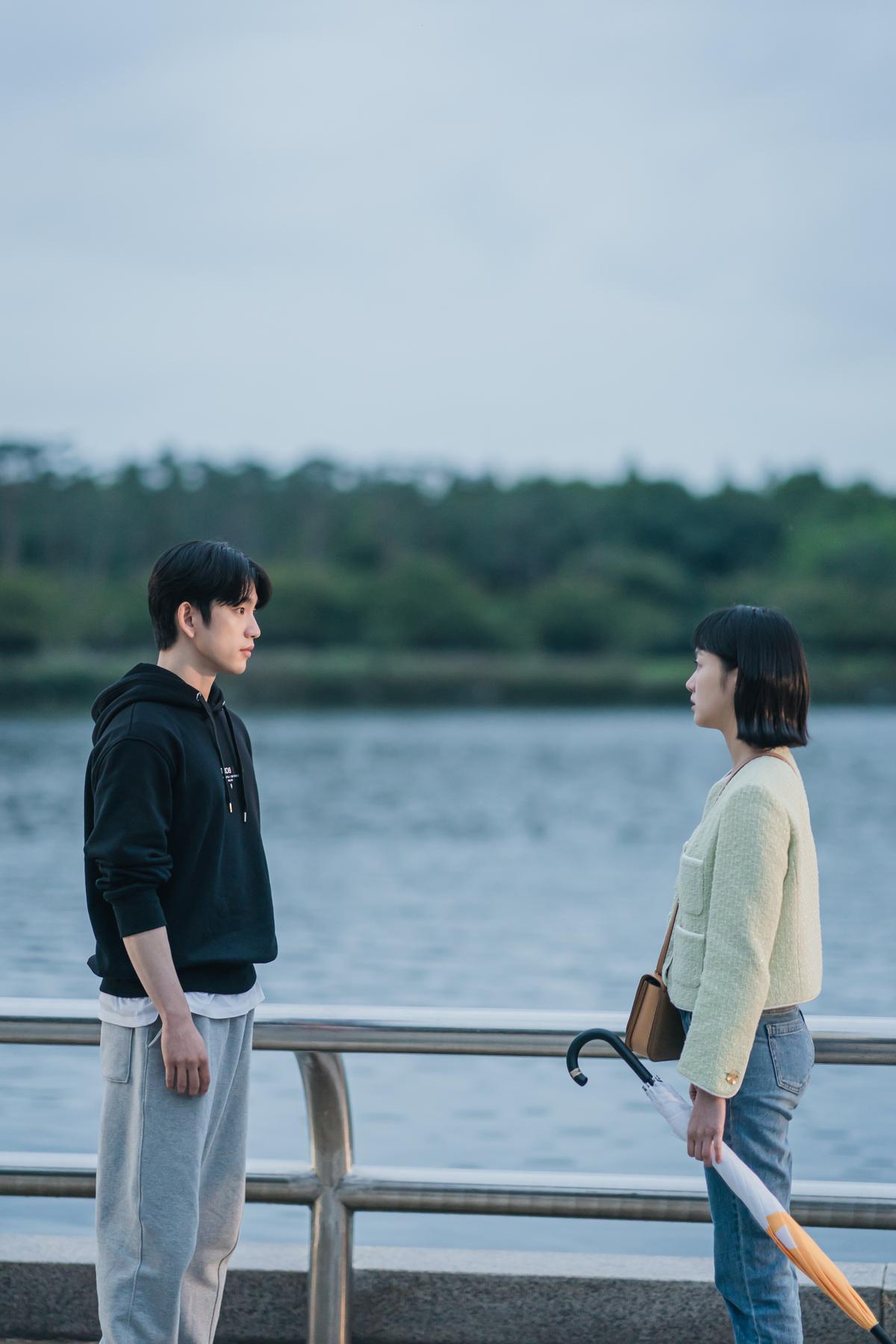 Go-eun and Jinyoung in ‘Yumi’s Cells’

Singer and actor Jinyoung is perfectly cast as Yoo Ba-bi, Yumi’s charming and perceptive co-worker and love interest, in the second instalment. Last seen in thrillers such as The Devil Judge and Yaksha: Ruthless Operations, he admits that he was drawn to the character arc of Ba-bi and the inevitable shift in opinion as the series progresses.

“The fact that Ba-bi is just another person who is part of Yumi’s constantly developing life appealed to me. He goes through several changes and that excited me,” says Jinyoung. Their on-screen chemistry is palpable as Ba-bi’s straightforward nature breaks through Yumi’s emotional barriers. The actor confesses to observing and emulating the mannerisms of people in marketing. “I picked up habits and drew on them.”

Read | Into the feminiverse: The world of K-dramas is full of women

Meanwhile, balancing two careers comes easy to this young star, who describes music as his diary of emotions and acting as a method to convey emotions. “My work schedule has been meticulously planned, which gives me time to prep for the different things I want to do. I was lucky, that my acting and singing schedules did not overlap helping me focus on one thing at a time.” With GOT7 making their much-awaited return with the single ‘Nanana’ in May this year, he is now on to his next film project, the thriller Christmas Carol. 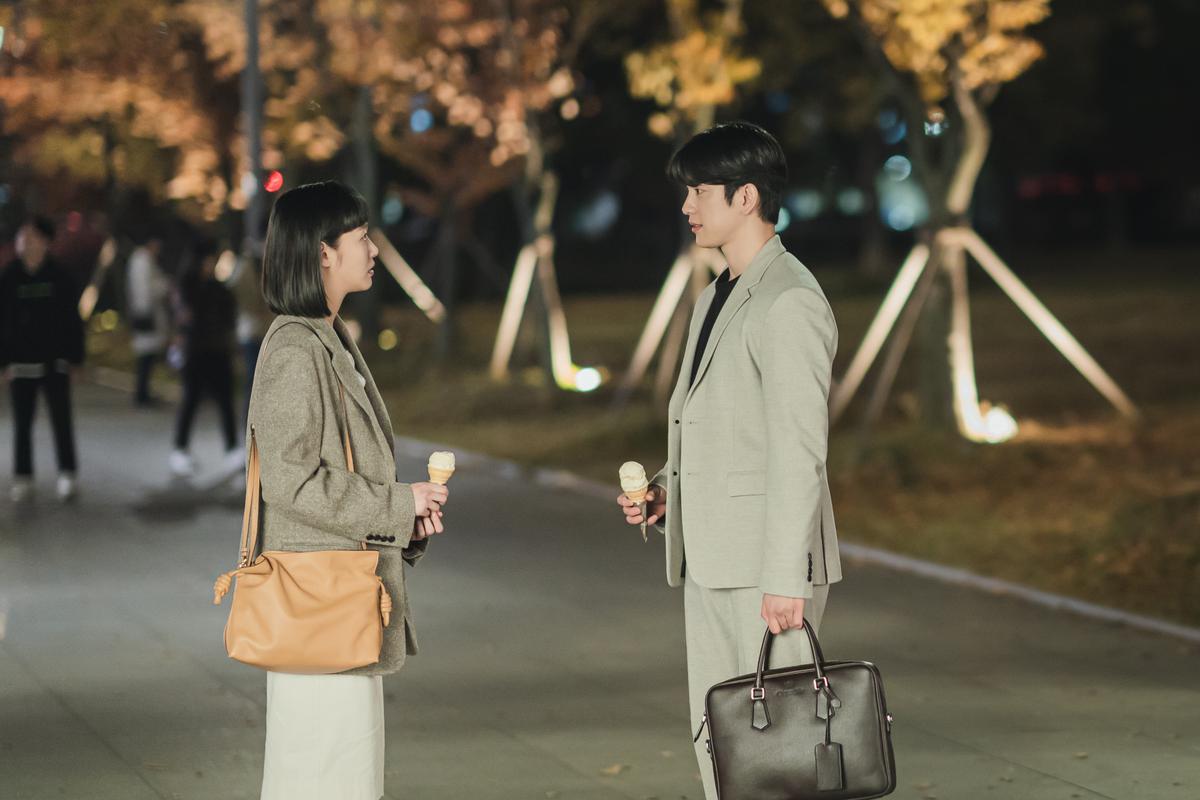 Since her debut in 2012 with  The Muse, an adaptation of Park Bum-shin’s novel  Eun Gyo, Go-eun has been part of several popular projects in film and television, such as Coin Locker Girl,  Cheese In The Trap, Monster, and  Tune in For Love. She says her approach towards her craft is simple and uncomplicated. ‘’The written script is my point of reference to understand the character. Then I imbibe the character’s personality according to the flow of the entire plot and perceive the choices they would make in the scenarios,” she says. How has K-drama’s global following impacted her work? “The growing global audience has allowed us to have better shooting environments, greater investments to produce new dramas that guarantee more challenges, and higher quality work,” adds Go-eun, who is shooting her next series, Little Women. Jinyoung in a still from ‘Yumi’s Cells’ season 2

As fans anticipate a third instalment of Yumi’s life, Go-eun humorously says she hopes to see the ‘housekeeping cell’ come to life. “He seems to be hanging around all the time instead of working,” she says, while Jinyoung reveals that he is totally dominated by his ‘working cell’.

Streaming on Viki. Yumi’s Cells  will also be adapted into an animated film in 2023.