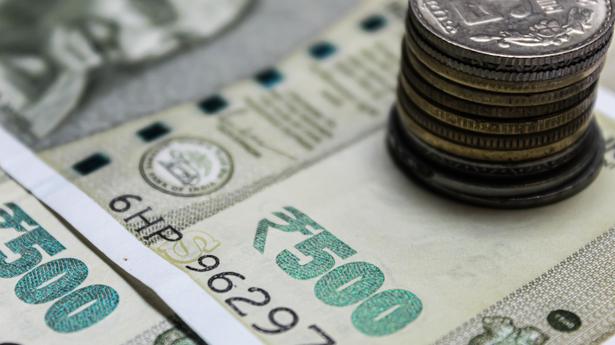 While the rupee has fared better than other emerging market currencies, it is the worst performer among the BRICS countries

While the rupee has fared better than other emerging market currencies, it is the worst performer among the BRICS countries

On July 1, the rupee breached the 79 per dollar mark for the first time ever. The domestic currency has been dominating the headlines for hitting lifetime lows against the greenback for some time. In 2022, it slipped 6.7% against the dollar (see chart 1). While the rupee has fared better than other emerging market currencies including the Philippine peso (8.1% drop), the Thai baht (8.1%), the Chilean peso (12.3%), and the Polish zloty (15.8%), it is the worst performer among the BRICS countries. During the same period, the dollar index, which gauges the strength of the greenback against six peer currencies, rose by 11%.

Chart 1 | Rupee vs others

One factor that has triggered this free fall of currencies is the massive sell-off by foreign portfolio investors. Due to steep interest rate increases by the U.S. Federal Reserve to tame four decades-high inflation, investors have withdrawn from riskier emerging markets and opted for safe haven assets. So far, in 2022, FPIs have dumped Indian equities worth a net $29.01 billion, more than double the $11.9 billion worth of equities sold during all of 2008, the year of the global financial crisis (see chart 2).

This selling spree by FPIs has exacerbated the demand for the dollar and led to a corresponding excess supply of the rupee, weakening the local currency. In order to smoothen the rupee’s fall and curb excess volatility, the Reserve Bank of India has been selling dollars in the forex markets from its reserves from time to time. The drawdown of dollars by the central bank has dented reserves. From a high of $642 billion in September, reserves plummeted to $593 billion as of June 24, a drop of $49 billion (see chart 3). According to the RBI’s latest ‘State of the Economy’ report, the foreign exchange reserves in June were equivalent to 10 months of import, down from 15 months of import cover in September 2021.

Besides the FPI outflows, a widening trade deficit has added pressure on India’s current account deficit (CAD), which in turn has added pressure on the outlook for the local currency. In FY22, India incurred a CAD of $38.7 billion, or 1.2% of the GDP. Incurring a CAD means that India is importing more goods and services and spending on servicing overseas borrowings than it is exporting or earning through remittances, which in turn creates more demand for dollars. While the CAD came in at $13.4 billion for the January-to-March quarter, which is sequentially lower than the $22.1 billion recorded between October and December (see chart 4), it is expected to rise further this fiscal in the wake of record high trade deficits in May and June.

In order to rein in the widening CAD and reduce pressure on the weakening rupee, the government raised the import duty levied on gold to 15% from 10.75%. While India’s production of gold is negligible, the country is the second highest consumer of gold in the world. In FY22, India imported gold worth $46.17 billion, which is 33% higher than the year earlier (see chart 5). In May, gold imports swelled to $6.02 billion, recording an almost nine-fold jump from a year earlier.

At the same time, the government also imposed a cess on the export of petrol, diesel and jet fuel. Private refiners have been exporting fuel and earning ‘windfall’ profits while pumps were running dry in some parts of the country. High-speed diesel and motor gasoline exports more than trebled in March 2022, while the exports of jet fuel more than doubled. (see chart 6).