HomeentertainmentSimon West on ‘Boundless’: ‘Lara Croft and Magellan are more alike than you think’
entertainment

Simon West on ‘Boundless’: ‘Lara Croft and Magellan are more alike than you think’ 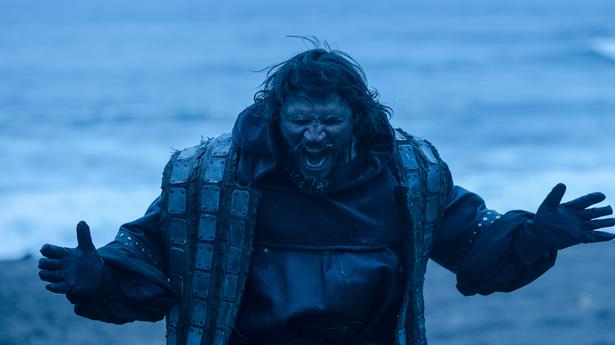 It is only proper that Simon West, the director of action adventures such as Lara Croft: Tomb Raider (2001), helmed Boundless. The Spanish mini-series looks at the circumnavigation of the globe led by Ferdinand Magellan who set sail from Spain on August 20, 1519. The 14,460 league, west-bound voyage was completed by Juan Sebastián Elcano three years later. Of the 239 sailors who set sail, only 18 survived.

There are more similarities between Lara Croft and Magellan, than one would imagine, says West. “They are both brave and heroic, action adventurers,” says West, speaking over a video call from Madrid. “The difference is one is real while the other is completely fake (laughs). That is what attracted me to this story. It is more compelling to shoot a character that you know went through everything you are putting them through, and probably a lot more. Whereas with a fictional character, it is coming out of your own brain, and that is not as impressive (laughs).”

The British director says he was sent an early version of the script about four or five years ago, with many other scripts. “This one popped out at me because of the heroic character. Once I started reading the history, I saw how complex a story it was. It is not just about Magellan. It is also about Elcano, who finished the expedition. The dynamic between these two men on the ship was what interested me — two incredible characters at an incredible time doing amazing things.” West thought he could use some of his movie experience to bring this to a television series on a grand scale.

According to the writer, Patxi Amezcua, the most important historical license in the screenplay was bringing Magellan and Elcano together on the same ship. “In these historic, heroic stories, especially one going over three years, so many incredible things might have happened. You have to choose which of the hundreds of storylines you want to go after.”

In picking Magellan and Elcano, West says, you want those two storylines to intersect. “Even though we do not know how much contact they had because they were on separate ships, they were on the same expedition. We have to take license, maybe they met once every couple of weeks, or every couple of months. Or maybe there was a period where they were on the same ship. We combined those characters because they were both such huge personalities of the expedition. You could not tell the story of one without the other. The only way dramatically to make that work is to put them in the same space.”

Commenting not being a fan of films where everyone is faking an accent or language, West said Boundless had to be done in its original language. “The characters are more genuine when they in speak in their native language. So the Spanish characters spoke Spanish, the Portuguese characters spoke Portuguese and the indigenous characters spoke their indigenous languages. Also, the whole thing sounds much cooler in Spanish because it just is a cool language. It is poetic and dramatic and I do not think it would sound as cool if it was in English.”

There were no challenges of shooting in a language other than English, says West. “Everyone spoke English on set for my benefit. The original script was in English. I learned the whole script in Spanish, so I knew what everyone was saying. It is not like they were ad-libbing. Acting is not about just the words, it is about the emotion and drama. I barely noticed Boundless was in a different language.”

A desire for authenticity for language influenced casting as well, according to West. “I wanted the actor who would play Magellan to be able to speak Portuguese, since he was Portuguese, but also be able to speak Spanish because he was running a Spanish expedition. Rodrigo Santoro is an incredible, talented actor and fitted the role perfectly. I’ve seen some of his other work and am a big fan. I was thrilled when he agreed to play Magellan.” Álvaro Morte who plays Elcano, West says, is a huge actor around the world thanks to Money Heist. “He brought a completely different energy and vibe to the piece. Getting those two actors together would be like getting Magellan and Elcano together, who were very different people from very different places. I wanted some of that on screen. You do not want everyone to be acting everything, you want some of their real personalities to come through on the screen. That is why I chose those two actors.”

Audiences around the world, are accepting of subtitles now, says West. “They can see they are getting the original performance from the actors instead of another actor’s voice on top, which somehow diffuses the performance. There are a lot of shows in different languages. It seems more exotic and we are more used to hearing different languages mixed up together. Subtitled shows are the future.”

One of the challenges of Boundless, which was shot in Spain and the Dominican Republic, West says was trying to make it look like the production had been round the world. “We obviously cannot get around the world and spend three years doing it. We had to improvise and make a lot of locations look like several different countries. With a little help from CGI and careful shooting, I think the audience will feel like they have gone around the world.”

West made his feature film debut with the cult action thriller, Con Air (1997) starring Nicolas Cage. The recent film, The Unbearable Weight of Massive Talent, featuring Cage playing a fictionalized version of himself references Con Air. “I haven’t watched that film. I really want to watch it because I am a huge Nic Cage fan. I think it is one of the best ideas for a movie (laughs). I just haven’t had time to watch it as I have been working on this.”

The Hindu Business Line39 mins ago
4