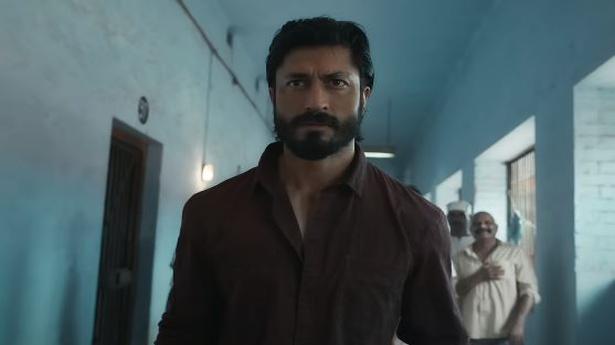 Faruk Kabir’s sequel to his 2020 actioner is gripping, and not divorced from socio-political realities

Faruk Kabir’s sequel to his 2020 actioner is gripping, and not divorced from socio-political realities

A massive improvement on the first chapter of the franchise, writer-director Faruk Kabir delivers a gripping action drama that is not bereft of socio-political realities. Set in Lucknow, for the most part, Khuda Haafiz 2 – Agni Pariksha works like a persuasive piece of pulp fiction that sells on mofussil railway stations in the hinterland.

Storyline: Sameer and Nargis restart their lives when a young Nivedita enters their life. However, when the child is kidnapped, Sameer goes on a difficult journey for find her and protect his family

In the first part, software engineer Sameer Chaudhary (Vidyut Jammwal) brought his wife Nargis (Shivaleeka Oberoi) home after she was mysteriously kidnapped by drug lords in a fictitious sultanate in West Asia. The sequel begins with the couple finding it tough to navigate their relationship, as Nargis struggles with the mental trauma of the physical torture that she had undergone as a hostage.

Circumstances bring Nivedita, an orphan, into their lives but even before the wounds of the past are healed, the 5-year-old is kidnapped by the grandson of Thakur ji (Sheeba Chaddha), an influential figure in the city of nawabs. The boys had their lustful eyes on a senior girl and Nivedita becomes collateral damage for Thakurji who wants to save only her own. It provides the film with the reason for its existence and for Vidyut to unleash his knack in decimating the opposition.

As expected, Vidyut is electric in action sequences. Propelled by brutal force and stained with blood, the action set pieces in a prison and an abattoir stands out for their sheer rawness and visceral appeal. The aesthetic flair is apparent in the way the usual elements like downpour during the fight sequence and verdant farmlands during the search for the girls have been shot.

However, when it comes to emotion, it seems Vidyut has finally heard or discovered that he couldn’t act. The result is he has started ‘acting’ too much in every frame, confusing cinema with pantomime at times.

Here he is saved by the screenplay that almost convinces the audience that an eye for an eye is the only option left for the protagonist. Both Bollywood and Hollywood have a long tradition of such unforgiving plots where when the hero gets Ghayal (wounded), he turns Ghatak (dangerous) and the elements, good and bad, conspire to support his cause. Here Vidyut is propelled into orbit by a stellar support cast that includes Danish Hussian, Dibyendu Bhattacharya, and Rajesh Tailang.

As a conscientious journalist, Tailang, modelled on a senior journalist, adds some heft to storytelling. In a high-pitched atmosphere, the ever-reliable Sheeba, as Thakur ji, attempts to underplay the morally and sexually ambiguous villain. It works for a while but eventually, it seems like Thakur ji was a male character on paper and hence there is generation loss during the gender change.

Unlike the strait-jacketed first part that was hard to invest in, part two is a little more layered and with comments on the criminal-police nexus in Uttar Pradesh, a territory that hasn’t been explored much in popular Hindi cinema. From the colour of the seat cover of Thakur ji’s SUV to the caste and religious equations, Kabir has positioned plenty of hints for the discerning to chew on the politics of the region.

But much like the pulpy novels, the film does exactly what it complains against. It comments on the voyeuristic gaze of electronic news but finds it hard to eschew it itself. It wants us to ponder on the social shaming of survivors of physical assault and on action against juvenile perpetrators of rape, without munching on the consequences of taking the law into one’s hands. That’s some Agnipariksha, a test by fire! The last page of the chapter suggests that the next part will address it.