Eid-al-Adha 2022: Why do we celebrate Bakra Eid? Know Date, Time, History and Significance 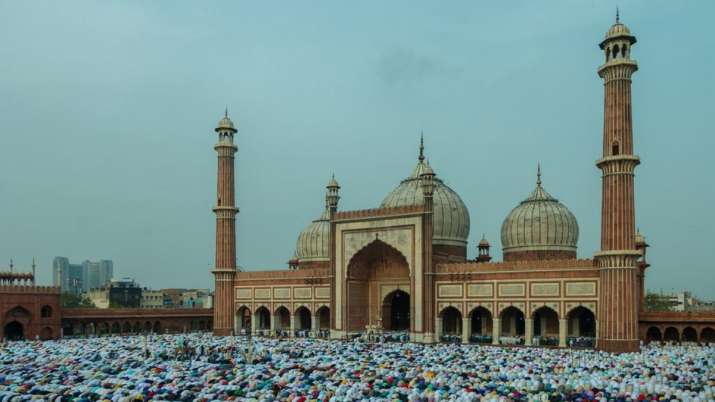 
Eid-al-Adha 2022: The holy festival of Eid al-Adha, also known as the ‘festival of sacrifice’ or Greater Eid, is celebrated on the 10th day of Dhu al-Hijjah, the 12th month of the Islamic or lunar calendar. Also known as Eid Qurban or Qurban Bayarami, it marks the end of the annual Hajj pilgrimage. This year it will be celebrated on July 9 and 10 in India. Some also call it Bakra Eid or Bakrid.

After the crescent Dhul Hijjah moon was sighted on June 30, 2022, Saudi Arabia has announced the celebration of Eid al-Adha on Saturday July 09, 2022.

Why do we celebrate Bakra Eid? Eid-al-Adha History

Eid al-Adha is the second Islamic festival of the year and follows Eid al-Fitr, which marks the end of Ramadan, the holy month of fasting. The date changes every year, as it’s based on the Islamic lunar calendar, which is about 11 days shorter than the Western 365-day Gregorian calendar. It is celebrated as a commemoration of Prophet Abraham’s willingness to sacrifice everything for God. The same story appears in the Bible and is familiar to Jews and Christians. One key difference is that Muslims believe the son was Ishmael rather than Isaac as told in the Old Testament. In Islam, Ishmael is regarded as a prophet and an ancestor of Muhammad. According to the Quran, Ibrahim was about to sacrifice his son when a voice from heaven stopped him and allowed him to make something else as a ‘great sacrifice’. In the Old Testament, it is a ram that is sacrificed instead of the son. To mark this occasion, Muslims re-enact Ibrahim’s obedience with the symbolic sacrifice of a lamb, goat, cow, camel, or another animal that is then divided into threes to be shared equally among family, friends and the needy.

Eid is an occasion of joy and peace, where people celebrate with their families, let go of past grudges and make meaningful connections with one another. Around the world, Eid traditions and festivities vary and many countries have unique cultural approaches to this important festival.

How is Eid-al-Adha or Bakra Eid celebrated in India

Eid al-Adha is called Id-ul-Adha in Arabic and Bakr-Id in the Indian subcontinent, because of the tradition of sacrificing a goat or ‘bakri’. It is a festival that is celebrated with traditional fervour and gaiety in India. Many Muslims wear new clothes and attend an open-air prayer meeting during Id-ul-Zuha. They may sacrifice a sheep or goat and share the meat with family members, neighbours and the poor. Many Muslims feel that they have a duty to ensure that all Muslims can enjoy a meat-based meal during this holiday. They also perform the ceremonial sacrifice on the day of the festival.