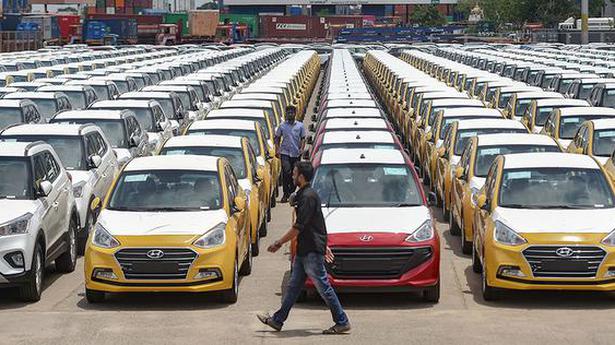 Retail sales of passenger vehicles (PVs) in the country continued to see strong demand in June, with sales of commercial vehicles also seeing growth for the first time since the start of the pandemic, according to auto dealers’ association FADA.

However, two-wheeler sales continued to remain under pressure due to poor market sentiment, high cost of ownership and inflationary pressures.

As per data released by the Federation of Automobile Dealers Associations (FADA), passenger vehicle registrations rose 40.2% to 2,60,683 units in June, compared with a year earlier. The figures reflect a 27% increase over sales seen in June 2019.

He said the poor market sentiment, especially in rural India, high cost of ownership, inflationary pressures and June generally being a lean month due to the rains kept two-wheeler sales under pressure.

“The commercial vehicle segment showed strength for the first time as it grew by 4% when compared to June 2019, a pre-COVID month. The bus segment, along with LCVs, is showing good traction,” he added.

On the near-term outlook, Mr. Gulati said that during the recent Monetary Policy meeting the RBI Governor had also flagged high inflation as a major cause of concern, adding that in the past few months, prices of almost all essential items had moved northwards, thereby putting pressure on the common man’s household budget and thus reducing his disposable income.

“Additionally, the high fuel prices have had a spillover effect on transportation and made it expensive. This will have a negative effect on entry-level PV as well as the 2W segment which are generally dominated by first-time buyers. On the other hand, ease in availability of semiconductors will see increased supply especially in the PV segment and thus reduce waiting periods. If rural India stabilises, auto retail will enter the festive season on a good note,” he noted.