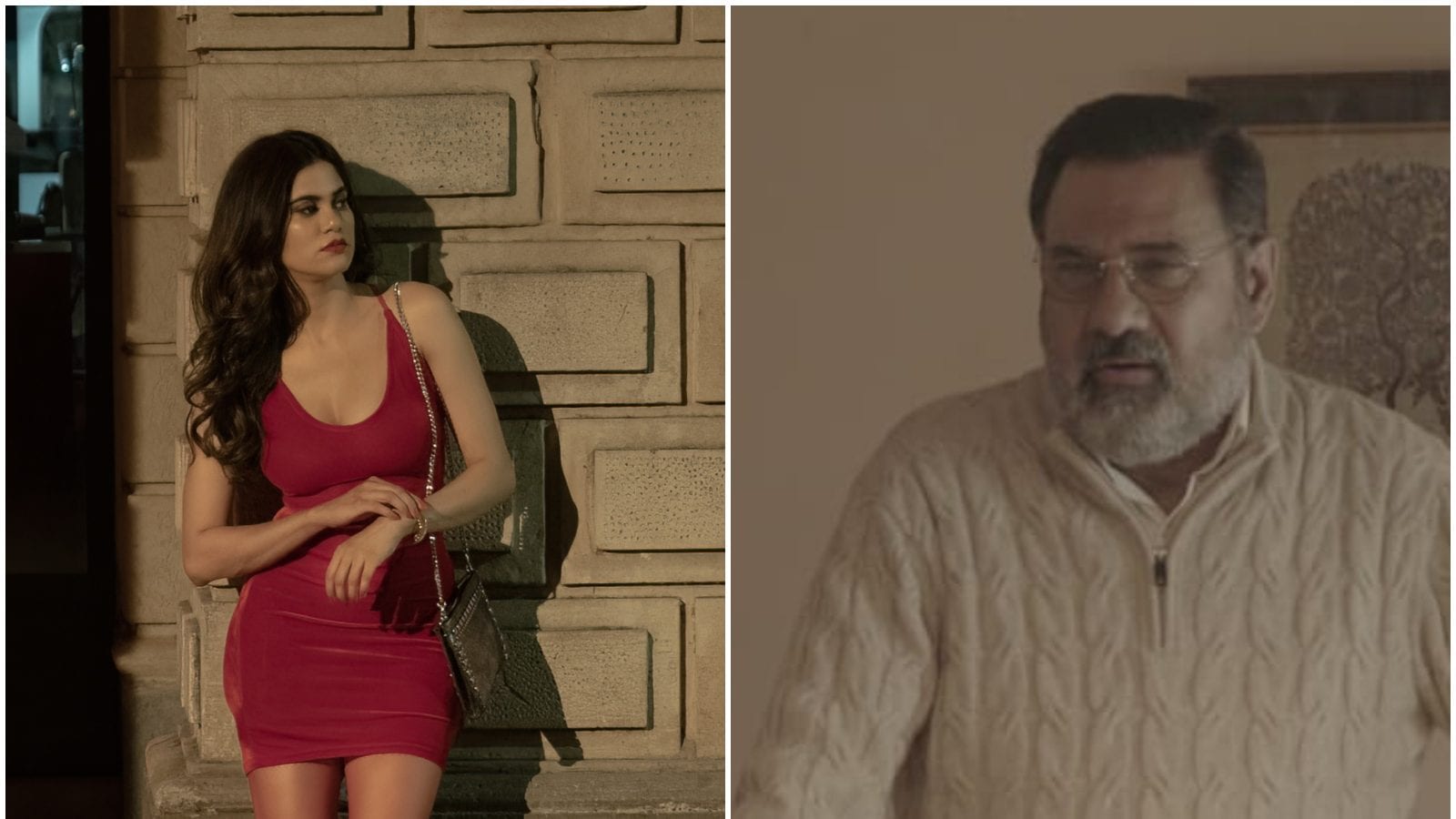 
Netflix show She, created by Imtiaz Ali, is now in its second season. Taking the story of a woman constable becoming an undercover agent to nab a major drug kingpin forward, we see the suspense multiply in the second season. Besides being a crime drama, the show is also about a woman finding power, respect and love after being ignored and ridiculed all her life. Season 2 of She is now streaming on Netflix.

Another thriller called Masoom has dropped this week on Disney+ Hotstar. Boman Irani makes his digital debut with the show, which also stars Upasana Singh, Samara Tijori and Manjari Fadnnis. After the death of his wife, Boman’s character becomes the subject of suspicion in his own daughter’s eyes.

Here’s more on the new titles streaming on OTT this week.

She Season 2 (Netflix)
The crime mystery thriller focuses on Bhumi (Aaditi Pohankar), an undercover agent assigned to bring down the biggest drug operation in Mumbai. In Season 2, viewers witness the story getting more complex, ambitious, and nuanced. The series also stars Kishore Kumar G, Vishwas Kini, Shivani Rangole, Sam Mohan, Suhita Thatte, amongst others in pivotal roles. Written and created by Imtiaz Ali, the series is directed by Arif Ali and is produced by Viacom18 Studios’ Tipping Point and Window Seat Films.

Masoom (Disney+ Hotstar)
Touted as a thriller, Hotstar Specials’ Masoom is set in Punjab and sees Boman Irani as a mysterious father. After his wife dies under unusual circumstances at home, their daughter, played by Samara Tijori, seeks to bring the truth to the surface, even if it means going against her father. The series, directed by Mihir Desai and helmed by Gurmmeet Singh as the showrunner, is an Indian rendition of the award-winning Irish series Blood, exploring family ties and deception after losing a loved one.4

The Summer I Turned Pretty (Amazon Prime Video)
The Summer I Turned Pretty is a multigenerational drama that hinges on a love triangle between one girl and two brothers, the ever-evolving relationship between mothers and their children, and the enduring power of strong female friendship. It stars Lola Tung, Jackie Chung, Rachel Blanchard, Christopher Briney, Gavin Casalegno, Sean Kaufman, Alfredo Narciso, Minnie Mills, with Colin Ferguson and Tom Everett Scott.

Bandon Mein Tha Dum (Voot Select)
Voot Select takes cricket aficionados on a nail-biting journey of the 2020/21 India tour of Australia in ‘Bandon Mein Tha Dum’. Coupled with a powerful script, behind-the-scenes footage, candid narratives from the winning squad like Ajinkya Rahane, Ravichandran Ashwin, Cheteshwar Pujara, Mohammad Siraj, Rishabh Pant and Hanuma Vihari, their coaches, as well as journalists who covered the series, ‘Bandon Mein Tha Dum’ sheds light on the trials and tribulations that the Indian cricket team had to navigate ahead of their unforgettable victory against Team Australia at their home ground of Gabba, where they hadn’t lost a Test match for 32 years.

Corrective Measures (Lionsgate Play)
Starring Bruce Willis and Michael Rooker, written, produced and directed by Sean O’Reilly and based on the graphic novel by Grant Chastain. It is an action science fiction thriller and O’Reilly’s debut in a live-action feature film. Streaming since June 17th.