HomeentertainmentSara Ali Khan and Ibrahim Step Out With Saif Ali Khan For a Lunch Ahead of Father’s Day; Pics
entertainment

Sara Ali Khan and Ibrahim Step Out With Saif Ali Khan For a Lunch Ahead of Father’s Day; Pics 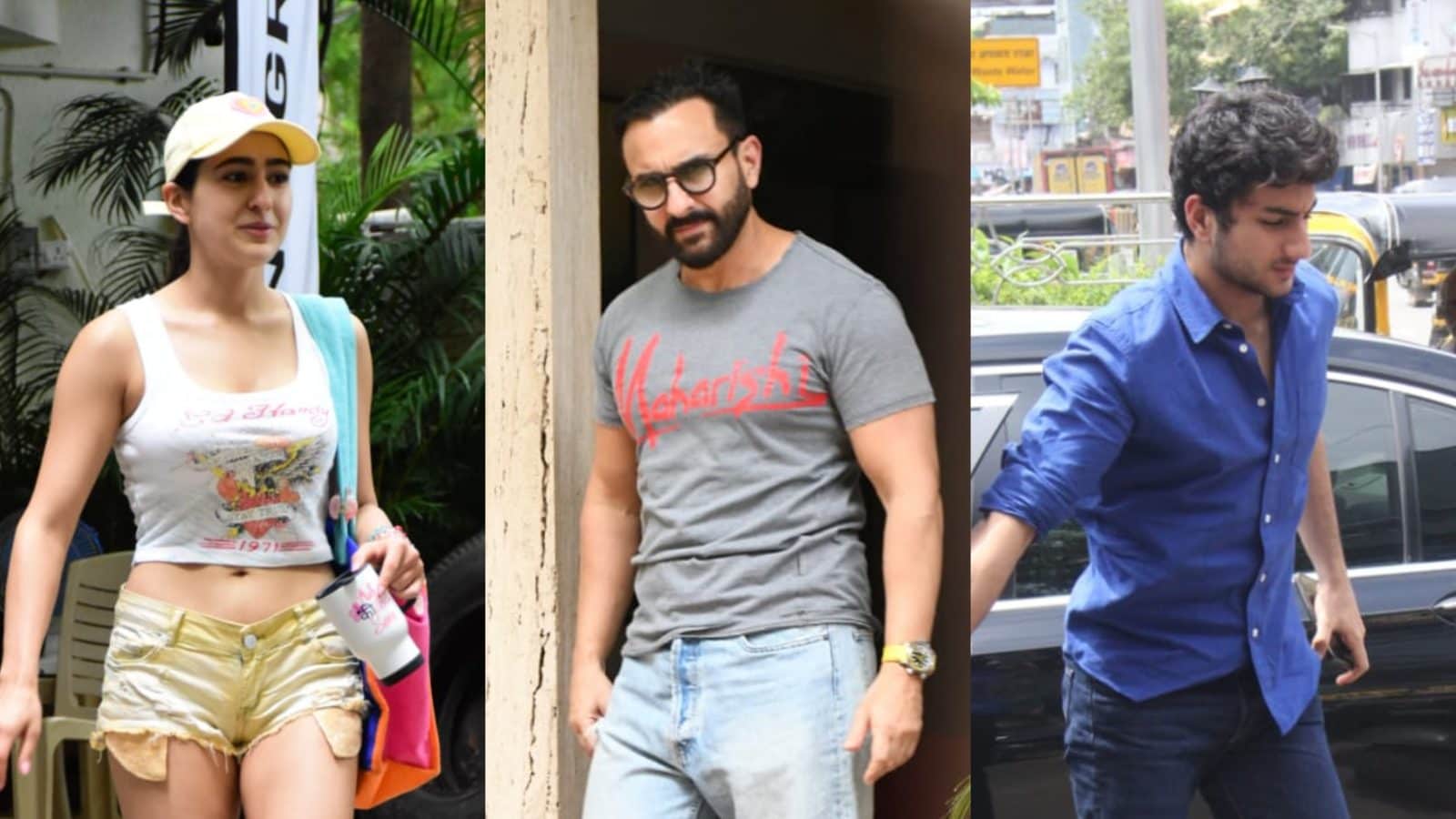 
It’s Father’s Day tomorrow i.e on June 19 and looks like Sara Ali Khan and her brother Ibrahim are already celebrating the same with the father Saif Ali Khan. On Saturday, the two star kids were snapped by the paparazzi in Mumbai as they stepped out for lunch with their dad. Sara was first spotted at the Vikram Vedha actor’s house from where the father-daughter duo headed towards a restaurant. They were then joined by Ibrahim Ali Khan too.

In the pictures that are now going viral on social media, Sara Ali Khan can be seen flaunting her casual look. She wore a tank top and paired it with peach-coloured denim shorts and sneakers. The actress also wore a cap and looked uber cool. On the other hand, her father Saif Ali Khan sported a grey t-shirt with blue jeans. He also wore super-cool sunglasses to add swag to his look.

Ibrahim also later joined Sara and Saif at the restaurant. He looked charming as always in a blue shirt paired with denim jeans and white sneakers.

On the work front, Saif Ali Khan will be next seen in Vikram Vedha along with Hrithik Roshan. The film will hit theatres next year. On the other hand, Sara Ali Khan will be next seen in Gaslight in which she will be seen along with Vikrant Massey. Her brother, Ibrahim Ali Khan is working with Karan Johar on Rocky Aur Rani Ki Prem Kahani which stars Ranveer Singh and Alia Bhatt in the lead.