I don’t think anyone can fill Mithali’s space: Harmanpreet 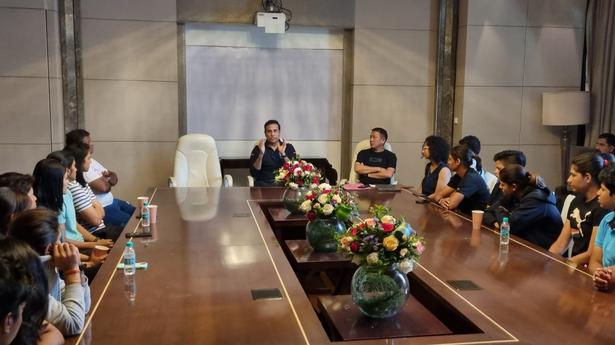 When India takes on Sri Lanka in the first Women’s ODI at Pallekele on July 1, the visiting side will be without a player who has been a regular in the eleven for over two decades.

Mithali Raj will be missed, said Harmanpreet Kaur, who has taken over as the ODI captain from the most prolific batter in the women’s game, on Saturday. The series features three ODIs and as many T20Is, the first of which will be played at Dambulla on June 23.

“I don’t think there is anyone who can fill Mithali’s space, but we are trying hard to get some combinations,” said Harmanpreet. “We will miss her in the dressing room (too).”

She said the Lanka tour was a great opportunity for the team. “This is the first series we are going to play without the seniors,” she said (India’s most experienced bowler Jhulan Goswami is also missing from the squad).

Harmanpreet said things would be easier for her after being made the ODI captain. “I have been leading the T20 side for a long time,” she said. “When two captains were there sometimes things were not too easy because sometimes…we would have different ideas.”