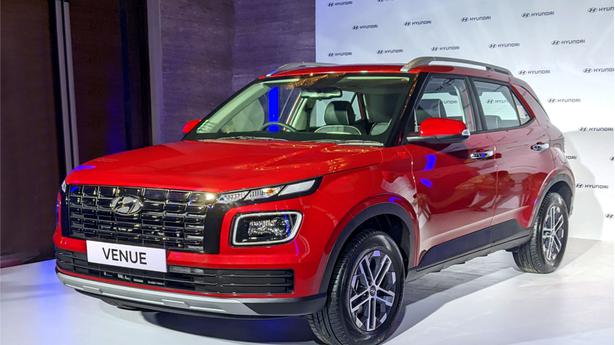 
Hyundai reveals the price for the Venue facelift in India, with introductory prices starting from ₹ 7.53 lakh and going up to ₹ 12.57 lakh for the top-end turbo-petrol DCT variant (all prices ex-showroom, India). Bookings are underway for a token amount of ₹ 21,000, and the brand says the waiting period for some variants has already surged to 16 weeks.

The refreshed Venue gets major styling changes which include a new nose and an all-new front grille with a dark chrome finish. Whilst the main LED headlamp cluster remains the same, the internals of the LED daytime running lamps have been revised and merged with the grille in a single housing. The front bumper now hosts a wider central air intake with black contrasting trim.

The Venue also gets new 16-inch, dual-tone alloy wheels with reshaped tail-lamps that feature new LED lighting elements. These are connected to each other via a horizontally placed light bar. The rear bumper also sees styling tweaks with a new black contrasting trim with reflectors.

On the inside, the Venue facelift gets a new dual-tone black and beige interior colour scheme and new feature updates. These include a reclining rear seat, an air purifier, dual USB C-slots positioned below the rear AC vents for the rear passengers, wireless phone charger, paddle shifters and four-way electrically adjustable driver’s seat, among others. It also gets a new four-spoke steering wheel from the Creta.

Coming to the tech updates, the new Venue gets a fully-digital instrument cluster with customisable themes, a heavily updated 8-inch touchscreen system with in-built navigation and overhauled software that supports 60 connected car features and over-the-air updates. Alexa and Google Voice Assistant are standard with the infotainment system.