Dinesh Karthik made his India comeback more special with a magnificent half-century, that too, in a do-or-die game on Friday night. Batting against South Africa in the fourth T20I in Rajkot, the veteran wicket-keeper batter smashed 27-ball 55 with the help of 9 boundaries and 2 maximums. To everyone’s surprise, it was his first T20I half-century since his debut in the format in 2006, under the leadership of Virender Sehwag.

Karthik, along with Hardik Pandya, amplified the Indian innings after the top-order collapsed inside 10 overs. The duo took the game deeper, stitching a 63-run partnership for the fifth wicket. He brought his fifty in style, striking a maximum off the first ball of the 20th over. However, he couldn’t play till the last ball as he fell prey to Dwaine Pretorius, right after reaching the milestone. India posted 169 for 6, riding on the knocks of Pandya and Karthik.

While speaking on Cricbuzz, Nehra said his former teammate proved that he is certainly a dependable batter in this format.

“It’s never easy for a senior player to make such a comeback. He did start off well in the series but was in search of a big knock. While he had been scoring impactful runs, it was good to see him bat at No. 6 today and score a half-century. You expect this from an experienced player,” Nehra told Cricbuzz.

“He was chosen as a finisher, but he also knows how to steady the ship when needed. The team management will be very happy with his performance,” he added.

In pursuit of a 170-run target, the visitors were restricted to 87/9, with skipper Temba Bavuma getting retired hurt. Eventually, it was the lowest T20I total for South Africa in the history of the game.

With India’s bowlers hitting hard lengths consistently, seamers finding variable bounce and spinners keeping things tight while getting a hint of turn, it was difficult for South Africa to chase 170. Pacer Avesh Khan registered career-best figures of 4 for 18 in 4 overs while Yuzvendra Chahal picked up 2 wickets, handing India a series-levelling 82-run win. 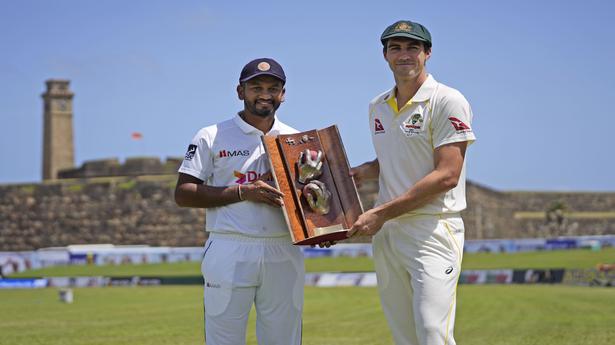 The Hindu Business Line50 mins ago
4