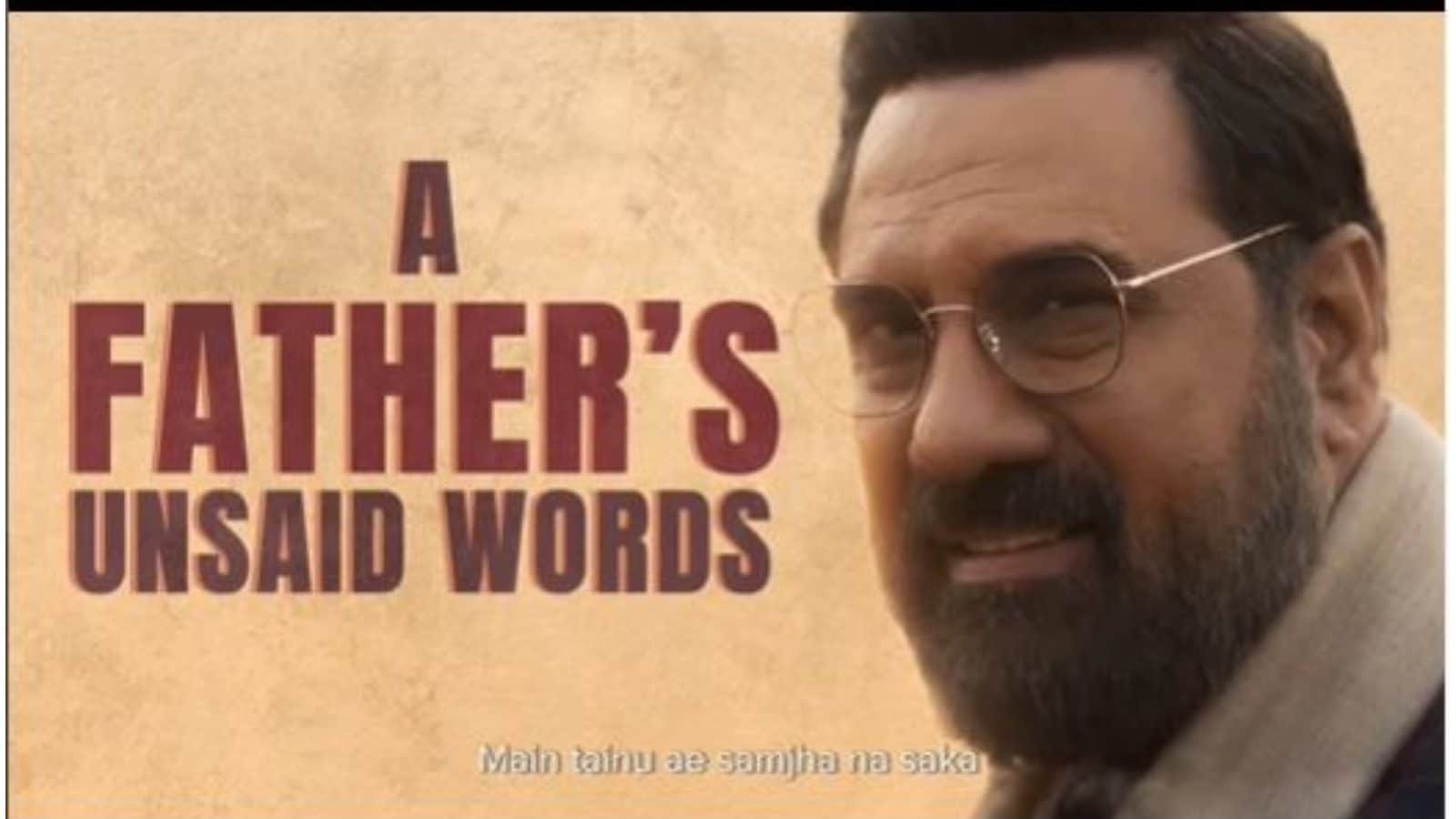 
Veteran actor Boman Irani, who recently made his digital debut with Disney+ Hotstar’s latest psychological thriller, Masoom, shared a heartfelt poem ahead of Father’s Day. Reflecting on the often challenging relationship between parents and children, Boman, who plays a father with a love-hate relationship with his daughter, vented his deepest emotions about how fathers are always protective of their children.

Masoom highlights a unique father-daughter relationship that delves into a murky past full of mystery and deceptions. In his poem, Boman confessed that a father-child bond is not always emotionally transparent but unique in its way. He said that a father could be in anger, in denial and be lost sometimes, but he will always be concerned for his children and support them with conviction. His poem seeks forgiveness for fathers who often fail to show the affection and love their children deserve and assures them that no matter the stance, they will always stand by their children’s dreams and care for them. In his poem, he says, “Mainu maaf karin tu mithiye, Main tainu ae samjha na saka; Tainu pyaar main kinna karda haan, Ae kadi main jataa na saka.”

Talking about how fathers are like the sun in the familial sky that warms and gives life, Boman said, “The bond between a father and his children is rarely discussed, yet they are the silent pillars behind their children’s growth. But it is important to open up and express affection as it strengthens the relationship. This Father’s Day, let’s be more communicative with our children and be the father they want us to be and establish a new fatherhood that’ll be kinder, loving and inspiring.”

Hotstar Specials’ Masoom is set in Punjab and sees Boman Irani as a mysterious father. After his wife dies under unusual circumstances at home, their daughter, played by Samara Tijori, seeks to bring the truth to the surface, even if it means going against her father. The series, directed by Mihir Desai and helmed by Gurmmeet Singh as the showrunner, is an Indian rendition of the award-winning Irish series Blood, exploring family ties and deception after losing a loved one.