HomeentertainmentFan Tattooed Sai Pallavi’s Face On His Body, Actress Poses For A Pic With Him
entertainment

Fan Tattooed Sai Pallavi’s Face On His Body, Actress Poses For A Pic With Him 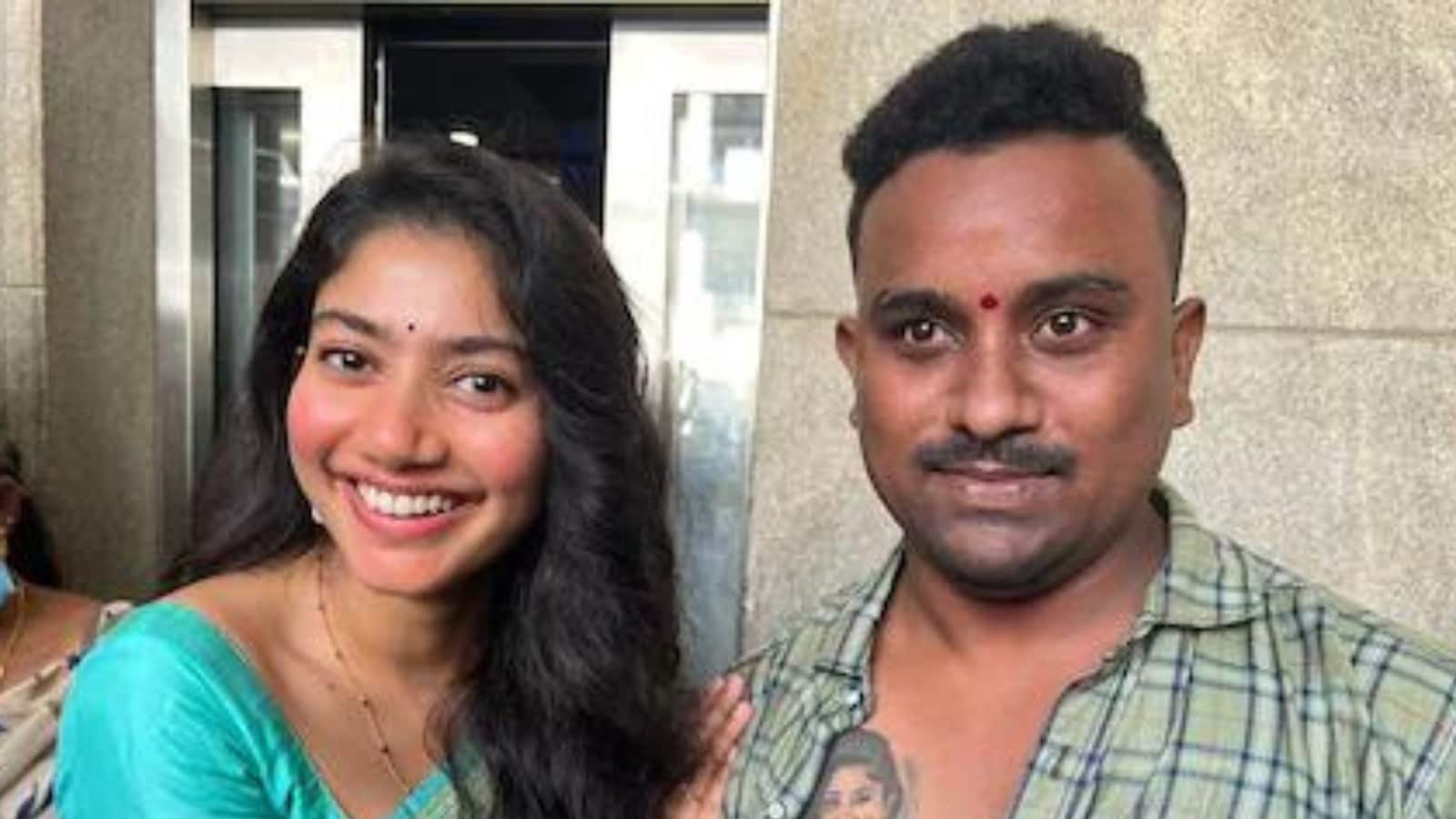 The actress posed for a photo with a fan, who had a tattoo of her face on his body.

Sai Pallavi met the fan at a promotional event of her latest film Virata Parvam.

Actress Sai Pallavi has been recently making headlines for her statement where she compared the exodus of Kashmiri Pandits in the early 90s with recent incidents of lynching of suspected cow smugglers. While she has been facing the irk of a faction of people for her bold statement, there are many who are showering love on the actress. Amidst the backlash she has also encountered a heart-warming fan moment during a recent promotional event for her latest film Virata Parvam. The photo has gone viral on the internet.

The actress posed for a photo with a fan, who had a tattoo of her face on his body. On social media, the photo of Sai Pallavi posing with the fan has gone viral. She looked at the tattoo on the fan’s chest after having a chat with him. An elated Sai Pallavi then posed for a picture with him. The actress admitted to having been pleasantly surprised by the fan’s tattoo.

A Fan Got Tattoed @Sai_Pallavi92‘s pic on his body ❤️

She is shocked and felt emotional after seeing the unconditional love fans showering at #VirataParvam Promotions in Vizag! #SaiPallavi #VirataParvamOnJune17th pic.twitter.com/bizmeHprBd

The much talked about film Virata Parvam has created hype since the release of its first look and trailer. Fans of Rana Daggubati and Sai Pallavi were eagerly waiting for the release of the film. And now that it has been released in theatres, it appears to be living up to the high expectations that the public had for this film.

Venu Udugula’s vision for this film as a director has been so well received that some are now expecting the film to become a big hit. Three aspects dominate the film—emotions, love and action. Audiences have responded positively to the film, according to reviewers. The movie is based on a love story in the backdrop of the Naxal movement in the 1990’s Andhra Pradesh.