HomesportPrithvi Shaw Posted Two Instagram Stories Within a Few Hours, Completely Contrasting to Each Other
sport

Prithvi Shaw Posted Two Instagram Stories Within a Few Hours, Completely Contrasting to Each Other

Prithvi Shaw was dropped from India’s tour of Ireland.

Contrasting Instagram posts from Prithvi Shaw took his fans by surprise after he was not picked in India’s squad for the two T20Is against Ireland. After BCCI announced the squad on Wednesday night, Shaw’s name trended on Twitter as he was among those who got dropped even as the likes of Rahul Tripathi, Sanju Samson made the cut in the 17-man squad captained by Hardik Pandya. Clearly, Shah was upset with what happened the night earlier and hence posted a motivation quote that had Sai Baba in it. 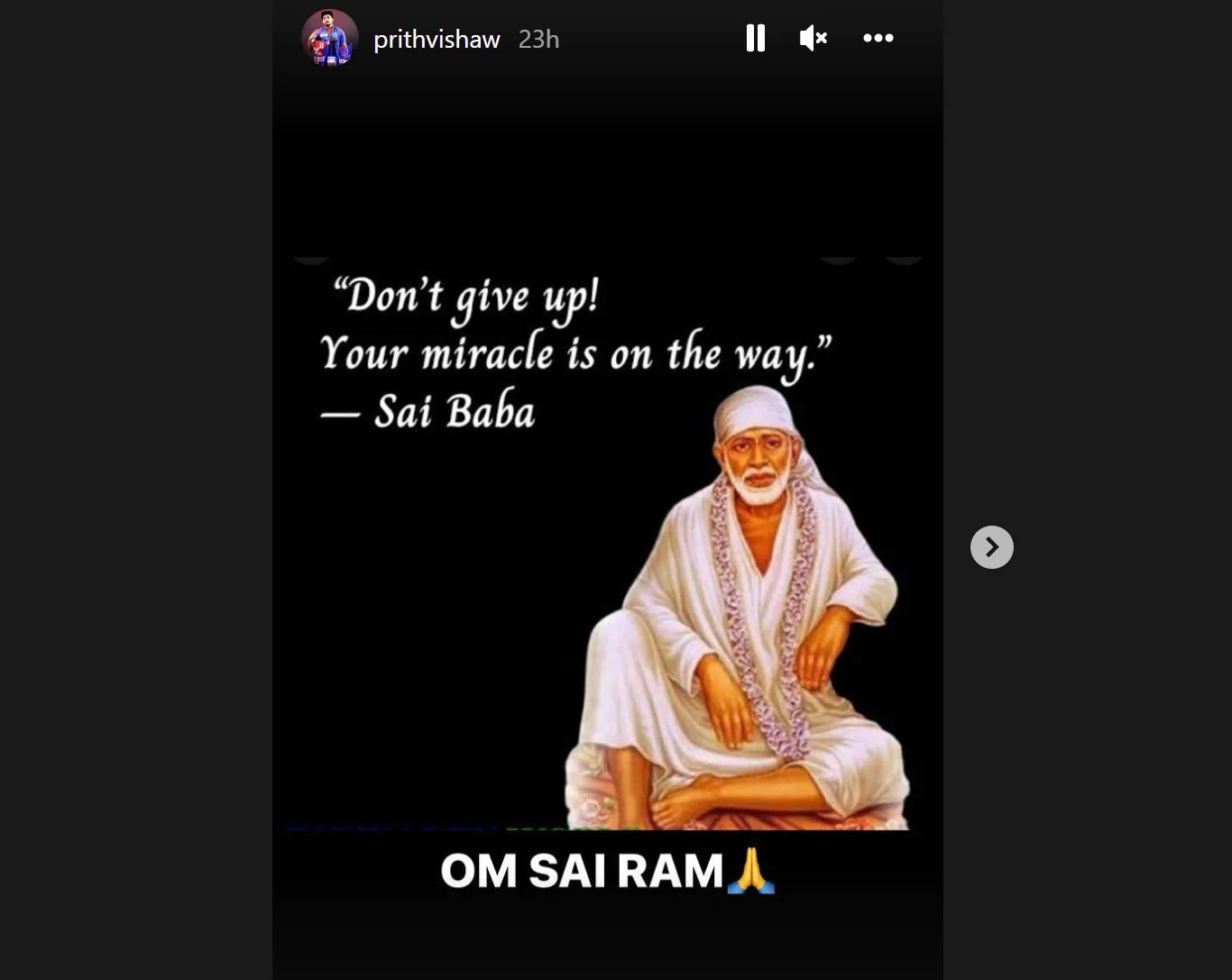 Shaw had a mediocre IPL 2022 where he played 10 matches for Delhi Capitals and scored 283 runs at a strike rate of 153. His exclusion wasn’t a surprise.

Nonetheless, he got a perfect opportunity to prove the selectors wrong when he turned up for Mumbai in Ranji Trophy semi-final against Uttar Pradesh where he scored 64 quick-fire runs. While Shaw slammed those runs, his partner Yashaswi Jaiswal scored nil as Mumbai openers leapfrogged to 66 run opening stand. His next Instagram post in the evening was a testament to this fact that his attitude had taken a 360-degree turn. Meanwhile coming back to the Ranji encounter, Shaw slammed those runs at a strike rate of 90. Jaiswal, who played attacking cricket while opening the batting with Jos Buttler for Rajasthan Royals in IPL 2022, remained on nought when Shaw got out for 64 off 71 balls in the 21st over.

While Shaw played in his usual aggressive style, Jaiswal played the second fiddle.
After Shaw’s dismissal, Jaiswal and Armaan Jaffer (32 not out) continued to torment the UP bowlers as the Amol Mazumdar-coached side seemed to have put one foot in the final.

UP used as many as six bowlers in Mumbai’s second essay but all were taken to task.

‘Bowlers Did a Good Job, We Didn’t Have To Tell Them Much’-Smriti Mandhana