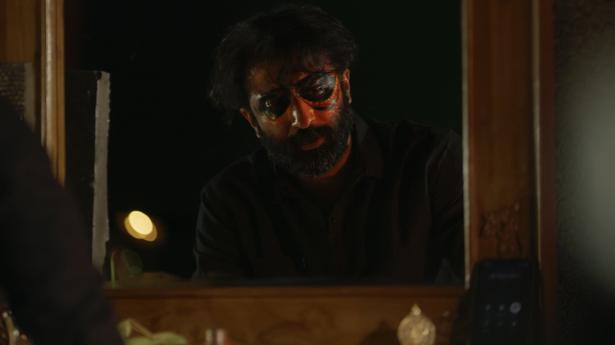 The hard-hitting film is a tribute to an orthopaedic surgeon in Kerala, says director Vishnu Raj

The hard-hitting film is a tribute to an orthopaedic surgeon in Kerala, says director Vishnu Raj

The climax of the Malayalam short film Chilappol Daivam (Sometimes God) leaves one thinking of unintentional cyber-bullying – that stray comment or even emoji. The short is a cautionary tale about behaviour in the virtual space and how a careless comment has the power to kill a human being. The cyberbullying of Dr Anoop Krishna, a Kollam-based orthopaedic surgeon, who took his own life in 2020, shaped the story. The film is a tribute to the doctor. The provocation for the bullying and abuse was the death of a seven-year-old patient on whom he was performing surgery.

“We need to think about how we treat doctors in our country. Unfortunately, such cases are happening with frightening regularity. This could be anybody’s story,” says Edinburgh-based software engineer and director, Vishnu Raj. He is referring to the case of the Lucknow gynaecologist who died by suicide under similar circumstances as Dr Anoop. He adds that such a scenario is unthinkable in Scotland.

The film tells the story of a doctor who commits suicide following a trial-by-social media triggered by the death of a patient, also a child. Prayaga Martin and Nithin Prasanna are the two characters around whom the story is set. What starts off as a call, seemingly from a wrong number, turns into a game followed by a conclusion that is whiplash. Nithin Prasanna as the guilt-ridden doctor wanting to escape social media abuse is convincing. Vishnu uses Theyyam as a metaphor for the role the doctors play.

“In Theyyam, an ordinary mortal transforms into a God once he dons makeup becoming a vehicle of the divine. Doctors too are seen as Gods. That they are human is forgotten and are attacked mercilessly if something goes wrong. I want people to think about it,” Vishnu says over phone. Dr Anoop was his junior in school.

“I did not speak to the late doctor’s family. It would have been reopening wounds. The story is inspired by his story, but not based on it. But there were some eerie co-incidences like the suicide note, for instance. I did not know when I wrote that the one in my story was similar to the one Dr Anoop had left behind. I found out later when Nithin told me.”

Vishnu started dabbling in video editing, colour grading and other technical aspects of filmmaking during the lockdown. That in turn got him interested in filmmaking, and he got down to writing it. Luca co-writer Mridul George helped turn it into a script. Mridul has also directed a short film on cyber-bullying, Thalsamayam (2021). Chilappol… was shot in 2021 over two days, when Vishnu was visiting his hometown Kollam, Kerala.

The feedback has been encouraging, “I am happy that people have ‘got’ the film I have had people telling me that the message of not being judgemental resonated with them.” He credits the team for how the film has turned out, “We are now thinking of a new project, a feature film,” he says of his plans as he signs off.

If these topics cause emotional, mental, or physical distress, please call Aasra: 9820466726