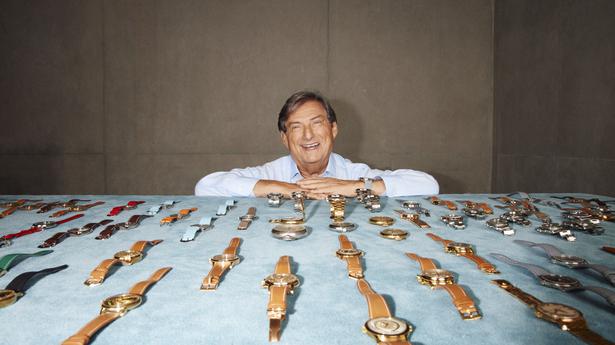 After four decades building of his watch collection, Patrick Getreide is now taking 168 pieces on a world tour

After four decades building of his watch collection, Patrick Getreide is now taking 168 pieces on a world tour

Patrick Getreide has spent nearly four decades building one of the world’s most enviable watch collections — the OAK (One-of-a-Kind). With over 600 pieces, it is a horological treasure comprising made of limited editions, a mix of old and new — and all in perfect working condition.

The French businessman got hooked when he was just 10-years-old. “My love [for watches] started when I saw an Omega in a shop in Switzerland. I saved up and, with some help from my parents, I bought it,” he recalls fondly. Over the years,
Getreide, 66, grew his collection with pieces from noted brands Patek Philippe, Rolex, F.P. Journe, and Cartier, and also lesser known ones such as Briston.

Getreide lost his first Omega, unfortunately, but his next buy was equally important — a 1980 Cartier Tank
LC. Incidentally, it is the first piece guests saw at the London exhibition. “I wanted to acquire it for a long time, but I didn’t have the money. So, I bet on the family horse to win a race [which it did],” he shares.

Another story revolves around a Patek Philippe Perpetual Calendar 3970. “In Paris I saw a fantastic 3970, but it was for 360,000 Francs. I paid the sales assistant a partial amount to reserve it, and requested him to let me pay it in instalments [it took him months].” Much later, at a cocktail party in Paris, Getreide met Thierry Stern, the CEO of Patek Philippe, who invited him to visit their boutique in Geneva. It was the beginning of a long relationship between the brand and Getreide. Today, 121 Patek Philippes are part of the OAK collection.

The collector takes great care of his timepieces. He has a watchmaker who checks each piece and repairs are done every month. If any need extra attention, they are sent to the brand’s workshops.

“As soon as I achieved a moderate level of success, I began to buy watches at prices I could afford,” he explains, adding, “Gradually, that amount increased and, little by little, the watches became better and the passion for collecting them became stronger. “Perhaps, strangely, I never thought of the financial aspect or that values might rise, but, thankfully, I seem to have bought the right ones at the right time,” he says.

Recently, in an unprecedented treat for watch connoisseurs, he exhibited 168 pieces at the Design Museum in London. The OAK (One-of-a-Kind) collection is the first-ever curation by a private watch collector in a museum, and includes rare items like timepieces owned by musician Eric Clapton and actor Jean-Paul Belmondo.

A highlight is the watches originally owned by Henry Graves Jr, a renowned Patek Philippe collector of the 1930s. OAK includes five pieces — the largest set of Graves-owned designs outside the Patek Philippe Museum. Getreide also owns the largest concentration of iconic Patek Philippe Calatravas. Among the 20 on display, 12 are vintage pieces. 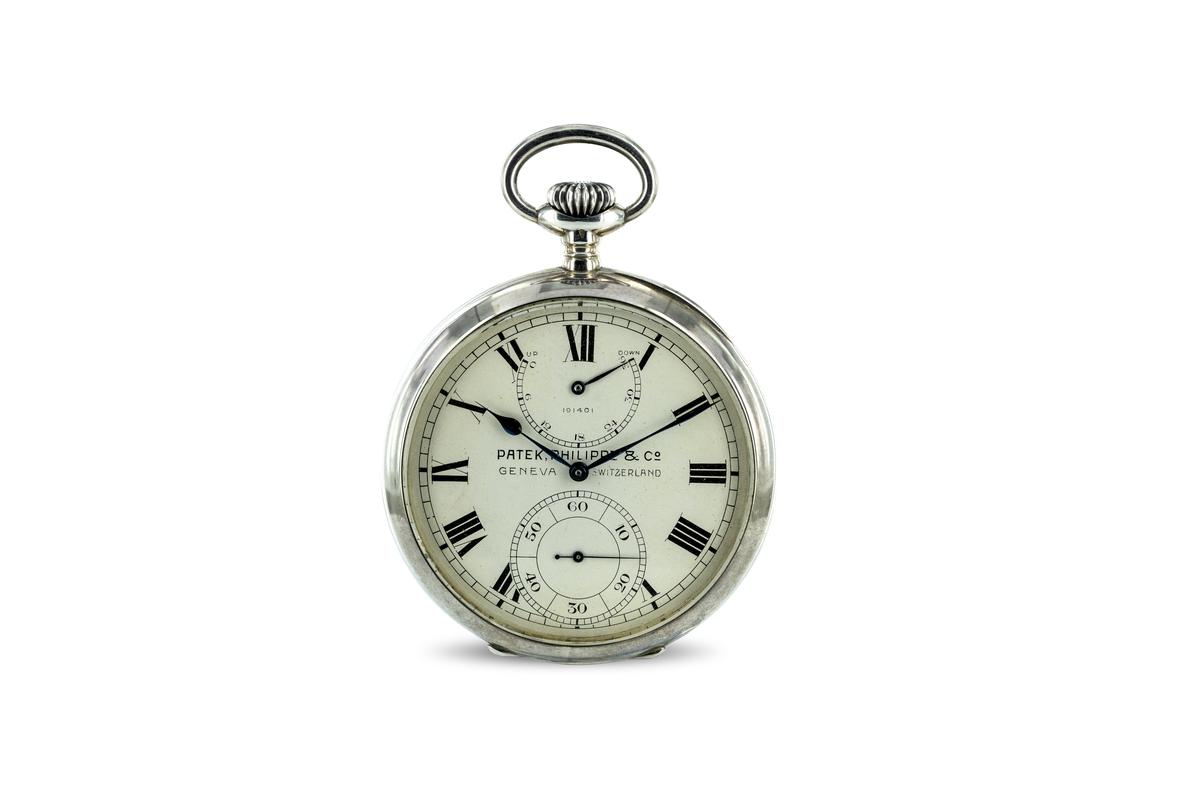 London is the first stop on a world tour planned for the collection (hypothesised to be worth between $300 to $400 million). “I see the [travelling] exhibition as a reward [both] to myself for building it and to people who are just as passionate about watches as I am, but have not been as fortunate as me in having the time and the means to acquire so many special pieces,” he says.

The collector takes great care of his timepieces. He has a watchmaker who checks each piece and repairs are done every month. If any need extra attention, they are sent to the brand’s workshops.

Getreide’s passion drove him to undertake meticulous study and research. “What I prefer is building sets and families — to buy a model that I think is fabulous and then find its twin sisters in different metals or with different coloured dials, and put them together,” he explains. “For example, the Patek Philippe Calatrava 96 was not a watch I was dreaming of. At 31mm, it felt a bit small. After a while, I figured that since I have one of the most exceptional collections of Calatravas in the world, I had to have this historically-essential model, too. I got a platinum model first and then, by a stroke of luck, I was offered a pink gold in perfect condition. I have it in four metals today.” The collector has a small yet efficient circle of horology experts who assist him. 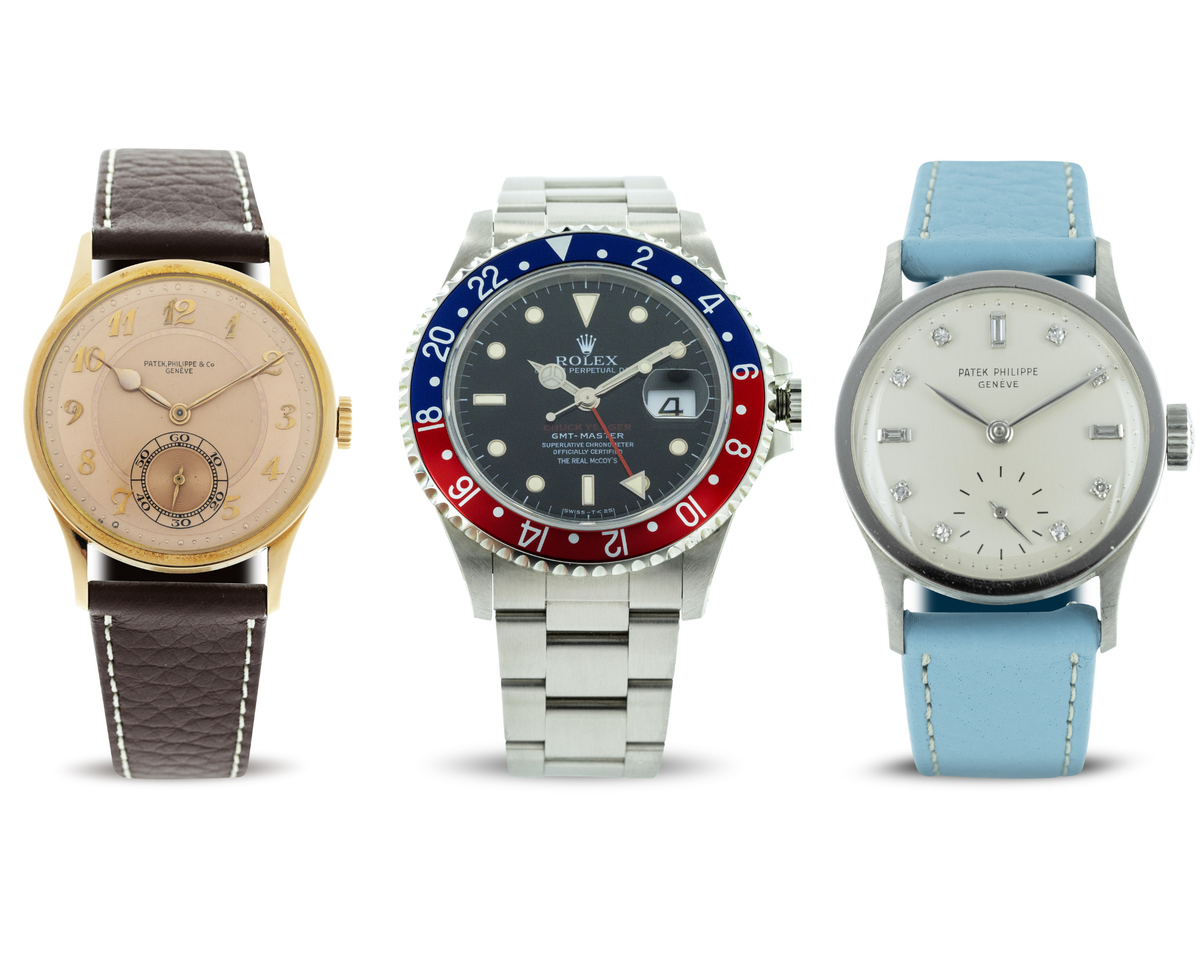 Is there a watch that he feels he’s missed out on? “Winston Churchill’s watch was offered to me. I went to see it but it was damaged [so I didn’t buy it]. In retrospect, maybe I should have bought it because Churchill is my favourite political figure.”

While all the watches are stored in a safe, he takes them out often, sometimes wearing two at a time. “I collect cars and paintings, too,” he says, then adds, “But nothing has given me as much happiness as my watches.”