HomesportI am not 100% where I want to be: Nortje
sport 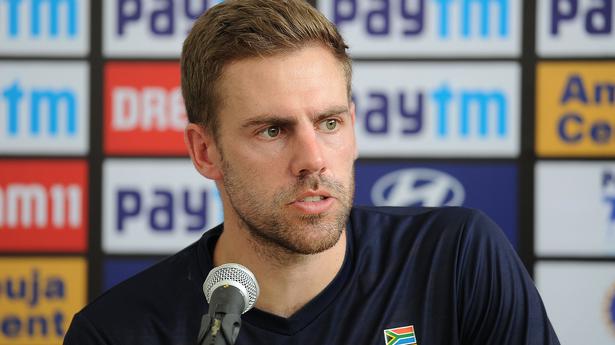 
Anrich Nortje, known for his impeccable control at a blistering pace, has had a poor series so far going for more than nine runs per over with just three wickets.

In the last match, Ruturaj Gaikwad went after the quick South African, hitting him for four boundaries in one over before he was taken out of the attack.

Nortje, who was out of the game for five months with back and hip issues, said he is far from close to being the bowler he was two years ago when he troubled batters in the IPL in UAE with his searing pace and bounce.

“I am still working on it, still trying to find one or two things, and body-wise also I am not 100% where I want to be. It is just about slowly increasing and slowly building it up,” said the South African ahead of the fourth T20I against India here on Thursday.

When asked what is missing from his bowling Nortje said he is not fully sure but is working on some things which he hopes should help him.

“I keep it very simple, just stick to the basics. It is going to be something very simple to correct or adjust. I am working on something at this stage and hopefully, it is on the right path. It is not like it is completely out of shape. It is small margins for me but it is something I would like to get back to where I was.”

The tall pacer was one of the quickest bowlers going around in world cricket clocking in the mid 150kphs regularly. On being asked about comparisons with Umran Malik who clocked similar speeds in the IPL this year, Nortje said he was not in competition with the Indian pace sensation.

“At this stage, I am not bothered too much about who is the fastest. It is about what I can contribute,” the 28-year-old remarked.

“Malik is a very good, very fast bowler and showed what he can do in the IPL. (But) I don’t think we are at the stage where we are competing to bowl the fastest ball. It is about winning games and trying to contribute.”