Homeentertainment‘Godse’ movie review: This Satya Dev starrer has an intriguing premise, but fails to engage
entertainment

‘Godse’ movie review: This Satya Dev starrer has an intriguing premise, but fails to engage 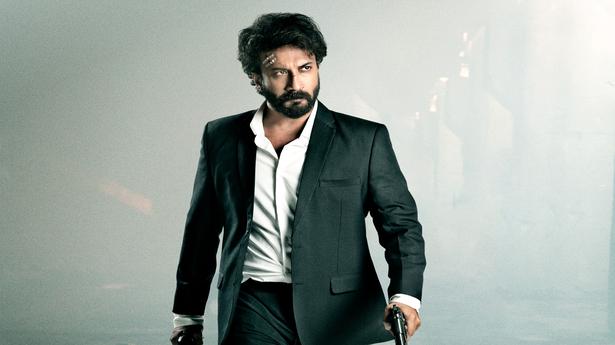 The Telugu film starring Satya Dev has an interesting story of police-politicians nexus, but fails to engage

The Telugu film starring Satya Dev has an interesting story of police-politicians nexus, but fails to engage

When people take up guns, they often believe they are working for a larger purpose, be it Nathuram Godse or the protagonist Vishwanath (Nath in the name is just one similarity) in the film. Nath is a rich businessman who lives in London with his wife. The film starts with a cop (Aishwarya Lekshmi) walking away from her pelli choopulu to a crime scene where a pregnant woman is held hostage.

The cop is known for her negotiation skills but this time even as she tries to stop her seniors from shooting the criminal to protect the hostage from getting killed, the crisis deepens. We sit tight hoping for dramatic sparks to fly but the entire first half disappoints with Satya Dev taking the audience hostage.

Aishwarya Lekshmi as Vaishali is reluctantly taking instructions on one end from her seniors and the other from Vishwanath (from a computer screen). He has held some senior cops captive and has already killed one.

Despite this thriller’s predictable storyline, the performances of the lead actors keep one hooked. Director Gopi Ganesh has picked up the entire prelude from the Korean film Negotiation. If he had at least stuck to it and recreated it scene by scene some kind of attention would have been warranted. Here, to give it a so-called native touch, an unemployment concept has been created to take the story forward.

Vishwanath, on a private visit to India for a college reunion, meets his friends and is distraught that one of them is dead because of unemployment. He returns to London and tells his wife that he wants to move to India and invest his wealth in creating job opportunities. The conflict arises when the politicians who get to know that he is spending crores on investments extend their help by direct participation. Vishwanath rejects their proposals of investing in fake companies and hurdles are created; he cannot repay the banks as his projects are blocked by these politicians and also his wife is killed in a politician-police nexus.

Helpless and full of angst, he takes the cops into captivity. He also becomes a suicide bomber and eliminates all the bad men. Brahmaji in the climax scene says if Godse has killed Mahatma, this Godse has killed the politicians who were faking a Mahatma. Aishwarya’s character suffers from an inadequately-written script and Satya Dev’s intense performance goes waste. Except for the cinematography, nothing keeps us engaged. There is a message in the last scene about how MoUs are not attended to and executed by the government and it does drive a point.