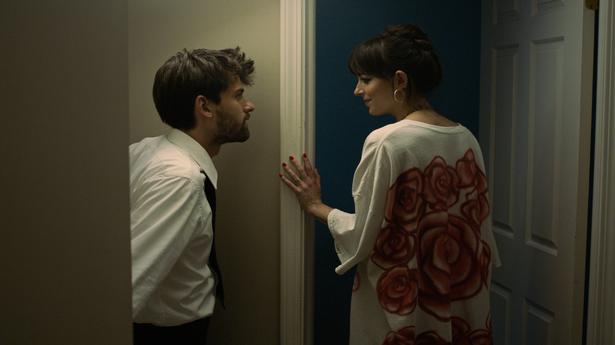 The ‘Persuasion’ star on starring in the coming-of-age drama from Apple TV+, playing complex mother characters, and why she decided to start a production company

The ‘Persuasion’ star on starring in the coming-of-age drama from Apple TV+, playing complex mother characters, and why she decided to start a production company

There’s more: Cooper is one of Hollywood’s most intriguing young wonderkids, getting his big break thanks to the Duplass brothers, a couple of years ago when his 2020 outing Shithouse won the Best Narrative Feature award at South by Southwest.

But most interesting of all, is the casting of Dakota Johnson (she also co-produces the film), in what represents a pivotal moment in her career.

From stunning audiences across the world in the immensely-popular Fifty Shades movie franchise, to working with the likes of Luca Guadagnino ( Suspiria, A Bigger Splash), the star is in coveted A-list territory today. Signing an indie film that sees her play the mother of a teenager on the autism spectrum is a daring move for someone, who will next be seen in big-budget productions like Netflix’s adaptation of Jane Austen’s Persuasion and as the titular Madame Webset in Sony’s Spider-Man Universe.

But Dakota’s career graph over the last half-decade has truly impressed everyone in the industry, working with a melange of talented first-time and second-time directors, many of them women too, on stories ( The Peanut Butter Falcon, How to Be Single) that have struck a chord with her.

Cha Cha Real Smooth (that smartly borrows its title from DJ Casper’s Cha Cha Slide) could well propel her into a different league; the coming-of-age drama follows the tender, funny tale of a young college grad’s infatuation with an older woman — while trying to find his calling — and how the relationship between the two develops, amidst a host of other vivid characters.

Excerpts from an interview with Dakota, over a Zoom call:

“It started when my producing partner had a meeting with Cooper; she said I should watch Shithouse and that he had an idea for a movie for us to make. It really took off from there, and once we had the script, we started looking for who would play the role of the teenager Lola,” Dakota begins.

Cha Cha... begins with the narrative of  someone trying to grow up and find his place in the world. Could she relate to that emotion in any sense?

Dakota smiles quietly, “I think I’m always trying to find my place in the world; it’s the most relatable part of life.”

The star’s parents are actors Don Johnson and Melanie Griffith, and after making her debut on-screen as a child actor at the age of ten in Crazy in Alabama (1999), it was only a matter of time before she kick-started her professional acting career.

Two decades on, the 32-year old is surfing a purple patch — with acclaimed performances in recent outings like The High Note and The Lost Daughter — but sprung a surprise by partnering with former Netflix development executive Ro Donnelly to start a new production company, TeaTime Pictures.

“I grew up in this industry and I have been in movies as an actress for a while. I love it so much, but I really found myself always wanting to be more creatively involved,” she tells us.

“There’s a level of protection that I want to feel on set in terms of my vulnerability and my creative process. When we get into a movie as actors, we often think it’s one thing, and then it comes out as a completely different movie. It’s so weird to be in that experience. It’s neither good nor bad; sometimes it’s disappointing, other times it’s cool.”

With two Sundance darlings ( Am I OK? and Cha Cha…) as their first two projects, Dakota has firmly established the company’s base for an exciting few years to come. She will soon star in and produce Rodeo Queens, a mockumentary series directed by Carrie Brownstein, Forever, Interrupted, in which she will play a young widow, as well as the miniseries Cult Following.

“I’m really interested in being involved in the filmmaking process from the very beginning to the very end. I’ve also spent a lot of time on sets where I felt very lonely, sort of excluded and kept away from everything; it can be quite hierarchical. So I wanted to create an environment where everybody felt valued, important, equal and… fun. Because making movies should be fun, it’s an insanely privileged job to have! And I want to have a good time, to work with nice people, and to make something great.”

In Cha Cha, Dakota plays a woman named Domino, balancing her life around an autistic daughter, when she meets a 20-something (Cooper) who falls ​irrevocably for her. Just last year, we saw her take on another complex role of a young mother; alongside Olivia Colman in psychological drama The Lost Daughter. What did she learn from these films about… motherhood? Motherhood on-screen, and then some

“You know, in making these movies, I’ve also worked with some incredible women who are mothers. So what I’ve learned is there’s no right way to be a mother. And that it is a myth and severely complex,” she frowns.

“Having said that, I guess everyone is doing their best. I mean, most people are, as long as you’re not hurting anybody. I really don’t know what makes a good mother. Probably, listening? Listening is the most important thing I think; understanding that your child is a different human being to you, with their own inner landscape and mind. And then really appreciating them for who they are. But I don’t know. I’m not a mom. I have no idea what I’m talking about,” Dakota laughs.

Before she takes off, the Texan makes sure to add that it all came down to the casting of newcomer Vanessa Burghardt as Lola in the film.

“Cooper was really open to me helping him with the character of Domino. So we wrote that together, talked about her a lot, and he would just insert things I was saying into this script. There was a baseline; a platform for what we hoped would become something detailed and complex, if we were lucky enough to find the right person.”

“That’s what happened with the character of Lola. We knew that the character was an autistic teenage girl. But then, when we met Vanessa, she kind of led us down this road and the project became way more special.”