‘No choice’ but to raise airfares, says SpiceJet CMD 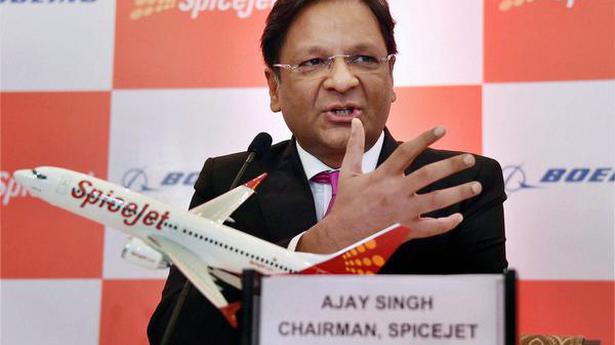 
Airlines had “no choice” but to raise airfares because of the increasing prices of aviation turbine fuel (ATF), SpiceJet CMD Ajay Singh said.

“The sharp increase in jet fuel prices and the depreciation of the rupee have left domestic airlines with little choice but to immediately raise fares, and we believe that a minimum 10-15% increase in fares is required,” Mr. Singh said in a press statement on Thursday.

He reiterated the industry’s demand for reduction in Central and State government taxes on ATF as it had seen a 120% increase in prices since June 2021.

In March, IndiGo CEO Ronojoy Dutta had made an appeal to bring ATF under the GST regime on the grounds that it was ‘adversely impacted’ by the consistent rise in price. Earlier, after presenting the Budget in February, Finance Minister Nirmala Sitharaman had given the assurance that the matter would be brought before the GST Council.