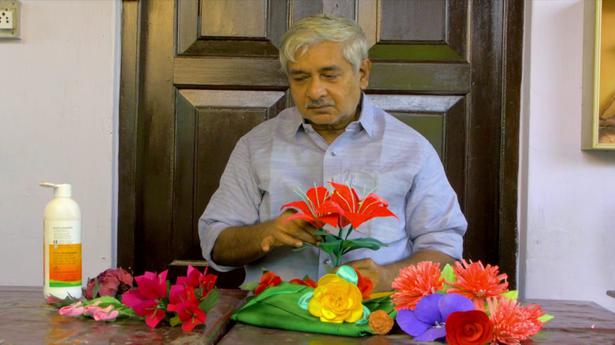 Directed by Kiran Sandhya, the short film has Thiruvananthapuram-based veteran artist George Fernandez as the protagonist

Directed by Kiran Sandhya, the short film has Thiruvananthapuram-based veteran artist George Fernandez as the protagonist

The lockdown saw the release of a spate of short films that reflected on the troubled times. Malayalam short film QuarantinE might be a late entrant in that things are pretty much normal around. However, the 13-minute short is worth a watch for capturing how lockdown turned the world upside down for many.

Set in Thiruvananthapuram, QuarantinE is about an artist, who is on his own during the lockdown. It is as if the colours have been taken away from his life. He misses the hustle and bustle of his art classes. Orders for his artworks are getting cancelled. The loss of dear ones adds to the grief. He tries to remain hopeful and attempts to find comfort in his art and craft.

Based on a story by Krishna Kumar, the film is scripted and directed by Kiran Sandhya. “Many of us ended up as islands when the lockdown was announced. It was a helpless situation. The protagonist represents what many of us went through,” she says. She had worked as an assistant director and has been producing content for television.

City-based artist George Fernandez plays the protagonist. “It is my first tryst with acting. When the team approached me I decided to give it a try. There were a lot of retakes but in the end, it came out well,” says George, who has been running Flora Institute of Arts and Crafts at Oottukuzhy since 1989. “We know him and his art and we felt that he would suit the role,” the director says. 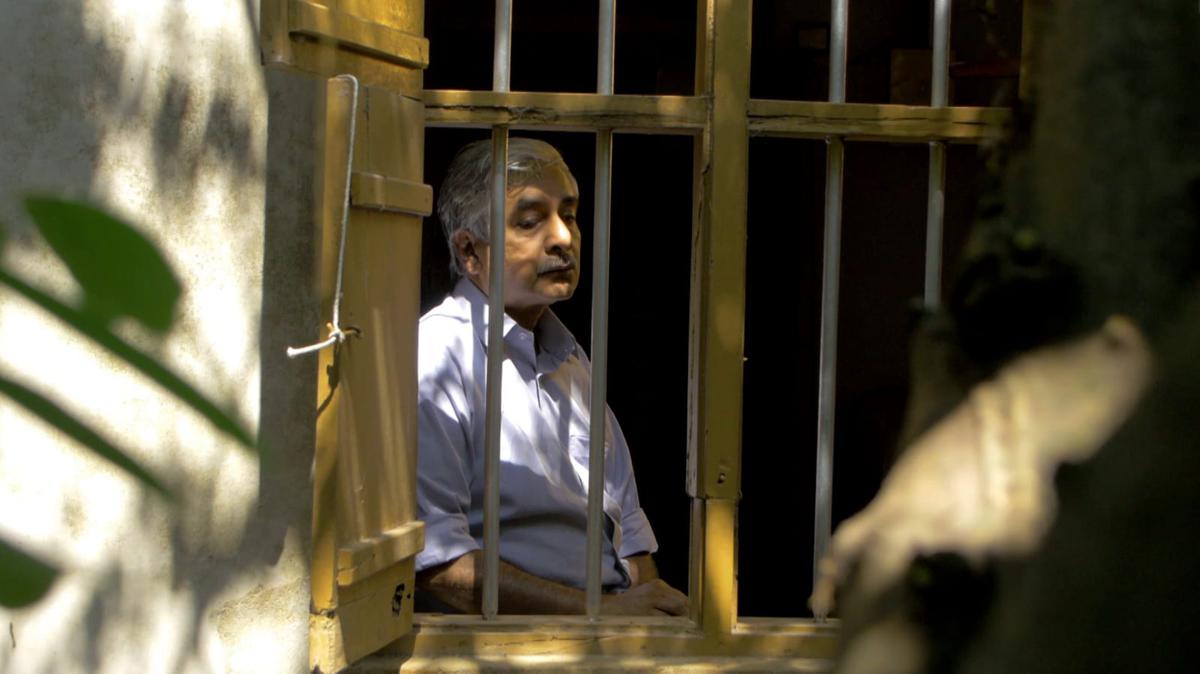 The film was shot at George’s residence-cum-gallery, resplendent with a beautiful garden, greenery and floral artworks. George too had a tough time during the lockdown; he stays alone and it was difficult for him to manage everything. With no domestic help around, he had to rely on others to buy essential commodities, he also had to close down his art classes for over a year. “But I know artists who went through worse. They struggled to sell their works. Some were not able to buy art and craft supplies,” he says.

Produced by Infinit Creation, QuarantinE is streaming on YouTube.