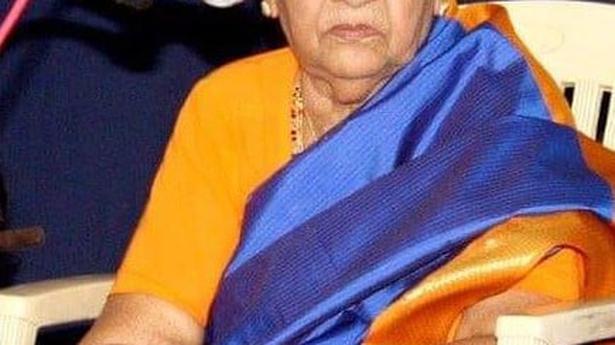 Hemavathy traces the life and music of Parassala Ponnammal, who gently broke the glass ceiling, was the first woman to perform at the Navarathri Mandapam

Parassala Ponnammal, who gently broke the glass ceiling, was the first woman to perform at the Navarathri Mandapam

Hemavathy, the recently released biography (Sarovaram Books) of Parassala Ponnammal, sheds light on the Kerala-based Carnatic musician, who became known outside her native state only at age 82. She went on to get several prestigious awards subsequently, the capstone being the Padma Shri in 2017 at the age of 93.

That the authors, Hari Sundar G. and C. Ramakrishnan, chose Ponnammal as their subject is itself laudable as, often, only the most renowned get written about, particularly in classical music. One should note that much of the book was written when Ponnammal was alive (she passed away on June 22, 2021), and she reviewed the Malayalam manuscript personally. Thus, the biographical aspects of the book can be considered accurate, unlike books written posthumously, which necessitate reliance on third-party anecdotal accounts. Several of Ponnammal’s own accounts have been meticulously recorded, including experiences with other musicians.

The authors take the reader through the life of a girl from an orthodox family, who was brought up in the sleepy town of Parassala, 34 km from Thiruvananthapuram. Through sheer talent, she made it to the Swati Tirunal College of Music, the most reputed institution for Carnatic music in Kerala. Its faculty included Semmangudi Srinivasa Iyer (whose bani Ponnammal followed primarily), N.V. Narayana Bhagavatar, and M.A. Kalyanakrishna Bhagavatar. It was at the suggestion of the Principal, Harikesanallur Muthiah Bhagavatar, the authors say, that Ponnammal enrolled in the college. The book refers to the legendary artistes such as Muthaiah Bhagavatar, Chembai Vaidyanatha Bhagavatar, and G.N. Balasubramaniam among others, applauding the young girl’s concerts.

Besides Ponnammal’s familiarity with playing the veena, (she learnt from K.S. Narayanaswamy among others), we also understand that she had met Papanasam Sivan in person, and learnt many of his compositions from him. She recorded several Ambujam Krishna compositions that she notated while Semmangudi tuned them in her presence.

Ponnammal’s induction into the faculty of the college she had studied in, the years prior to that and after, are portrayed as well along with narrations of various concerts she performed.

On an invitation by Prince Aswati Tirunal Rama Varma in 2006, Ponnammal performed at the Navarathri Mandapam festival, thus becoming the first woman to have performed at the 177-year-old event; that is covered in detail with a photograph of the meeting as well. This path-breaking occasion made Ponnammal popular. Her self-deprecating acceptance and the preparation for the occasion is explained, giving readers a picture of the thought processes of a musician, who appears to have been devoid of pretences. 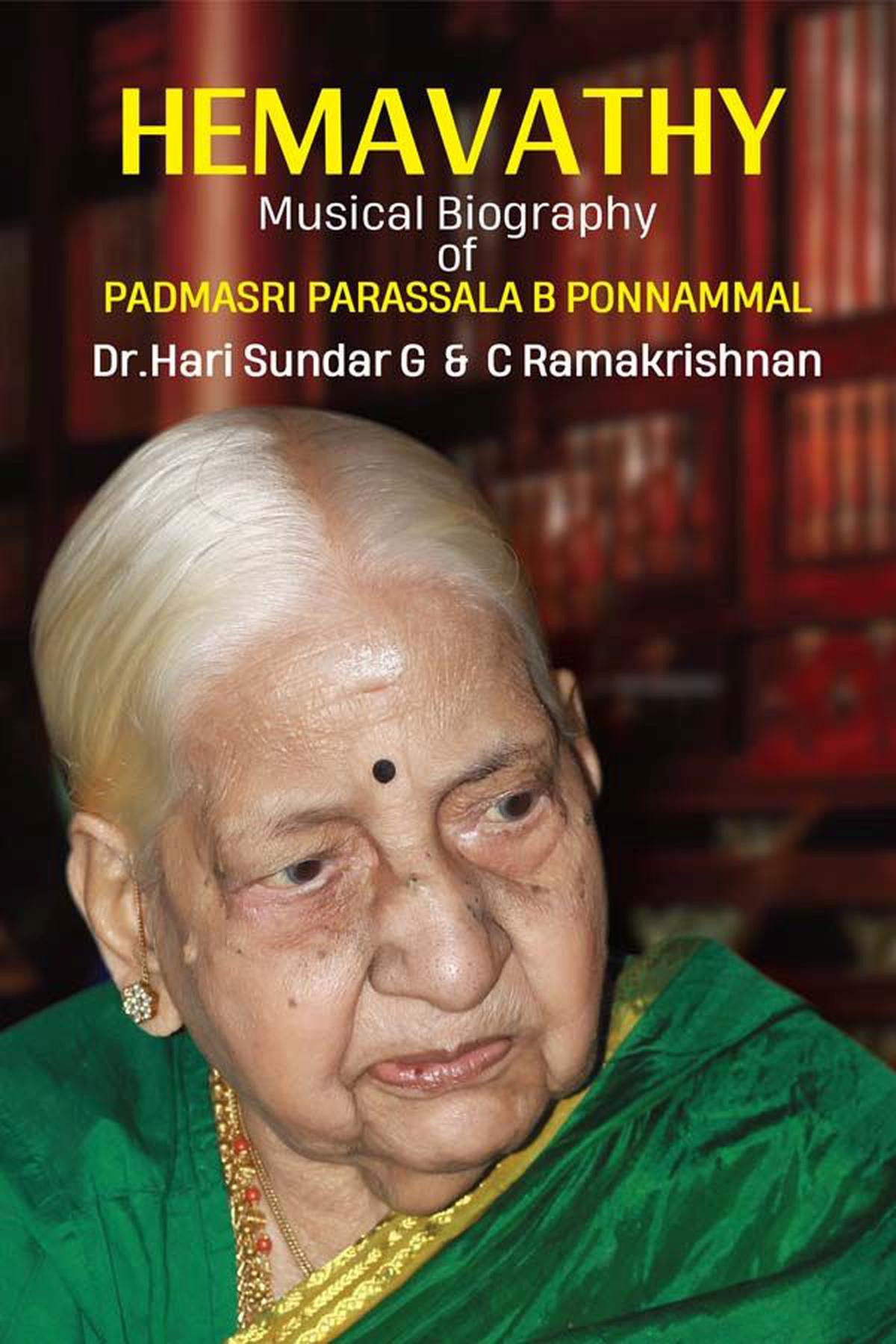 The book mentions the outstation concert offers that poured in after her Navaratri Mandapam performance (Prince Rama Varma having disseminated clips on his YouTube channel) beginning with K.N. Shashikiran for Carnatica, and a tour of the U.S., centred around the Cleveland Aradhana. The Music Academy and Sri Krishna Gana Sabha also honoured Ponnammal with awards, and the book mentions P.S. Narayanaswamy commenting that she ought to have been recognised earlier.

While the book covers the key aspects of Ponnammal’s personal life, the writers have expended significant effort in presenting her repertoire in detail, ragam by ragam, elicited through extensive interviews of Ponnammal, her students and co-artistes.

They also mention the noteworthy aspects of her singing style and what appears to be an exhaustive list of her co-artistes. First person accounts of students and other long associates are appended towards the end of the book.

Those who write biographies do so either because of the popularity of their subject or their own admiration for the protagonist. Here, the authors admit their unvarnished devotion to Ponnammal and her music, and their long association with her.

The book’s flow is rather staccato, perhaps due to the tricky nature of two authors attempting to blend individual manuscripts. The switching between first and third person is confusing at times. Careful proofreading to rectify these aspects could have smoothened the overall narrative. However, all are easily fixable for future reprints of what, clearly, is a labour of love for the music-loving authors.

The writer is a Kalpalata Fellow for Classical Music Writings for 2022.