‘Brahmāstra’ trailer: Ranbir Kapoor stars in beginning of the ‘Astraverse’ 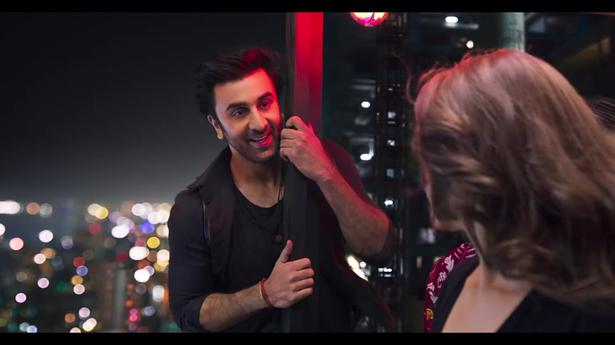 The trailer for Ayan Mukerji’s magnum opus Brahmastra is here.

Billed as an upcoming trilogy, the film franchise is the beginning of India’s first original movie universe titled The Astraverse.

The film was first announced in 2014, but comes after several production delays. It is produced by Karan Johar, Apoorva Mehta, Namit Malhotra, and Mukerji under the banners Dharma Productions, Prime Focus and Starlight Pictures, in association with Star Studios.

Brahmastra: Part One has accumulated even more hype as the lead stars Ranbir and Alia met during the shooting of the film, and eventually got married earlier this year.

It is described as a’ new original cinematic universe inspired by deeply rooted concepts and tales from Indian history but set in the modern world, with epic storytelling of fantasy, adventure, good vs evil, love and hope; all told using cutting edge technology and never-seen-before visual spectacles.”

The official synopsis states that Brahmastra: Part One, is the story of Shiva – a young man and the protagonist, who is on the brink of an epic love, with a girl named Isha. But their world is turned upside down, because Shiva learns that he has a mysterious connection to the Brahmāstra… and a great power within him that he doesn’t understand just yet: the power of fire. In this movie, we follow Shiva’s adventures as he journeys into the world of Astras and in turn, discovers his destiny as the divine hero of the universe.

Brahmāstra Part One: Shiva is set to release in cinemas on September 9 later this year.