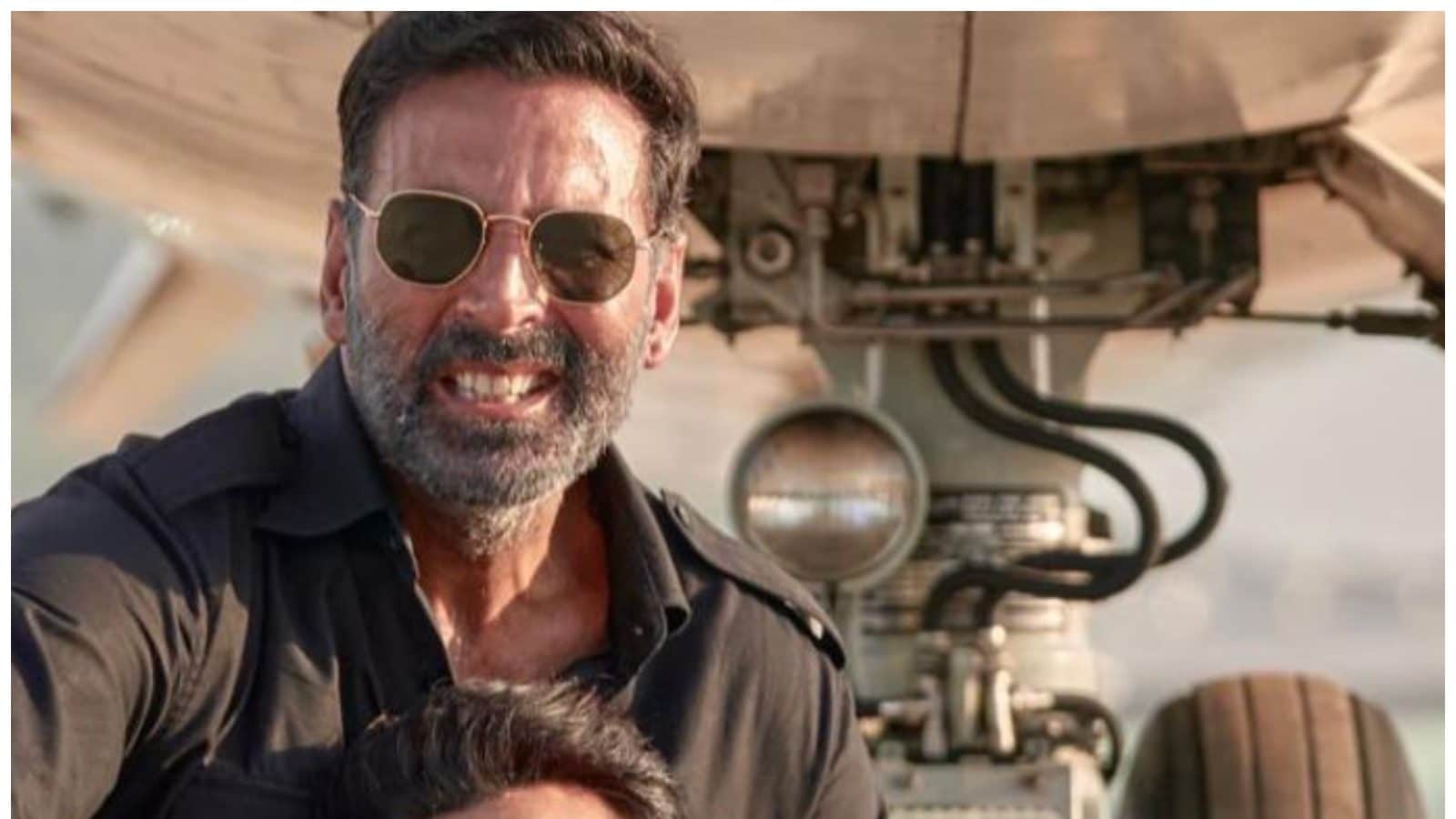 
Tamil film Soorarai Pottru is being remade in Hindi with Akshay Kumar in the lead. Reportedly, the film’s original star Suriya will be making a special appearance in the Hindi version. While Suriya is producing the film, there were rumours that the actor will have a cameo appearance too.

On Wednesday, the actor put speculation to rest by sharing a picture with Akshay from the film’s sets, confirming he was indeed appearing in the film. In the photo, the two actors are seen sitting in front of an aircraft with Suriya resting his head on Akshay’s lap. He tweeted, “@akshaykumar sir to see you as #VIR was nostalgic! @Sudha_Kongara can see our story beautifully coming alive again #Maara! Enjoyed every minute with team #SooraraiPottru Hindi in a brief cameo.” He also tagged the film’s co-producer Vikram Malhotra in the tweet.

Akshay responded, “Thank you brother @Suriya_offl. Loving every moment shooting for the retelling of an inspirational story like #SooraraiPottru. And being in Chennai is all (heart) despite our strict captain.” Fans of the two actors responded with excitement. One wrote, “Best crossover ever.” Another tweeted, “Maybe we can Suriya in a full-length role in Hindi soon.”

.@akshaykumar sir to see you as #VIR was nostalgic! @Sudha_Kongara can see our story beautifully coming alive again #Maara! Enjoyed every minute with team #SooraraiPottru Hindi in a brief cameo! @vikramix pic.twitter.com/ZNQNGQO2Fq

The 2020 Tamil drama film was directed by Sudha Kongara and produced by Suriya and Guneet Monga, under their respective banners 2D Entertainment and Sikhya Entertainment. The story was conceptualised and written by Kongara. The film starred Suriya, Aparna Balamurali and Paresh Rawal, with Mohan Babu, Urvashi and Karunas amongst others in supporting roles. It was partly inspired by events from the life of Simplifly Deccan founder G. R. Gopinath as described in his memoir Simply Fly: A Deccan Odyssey.