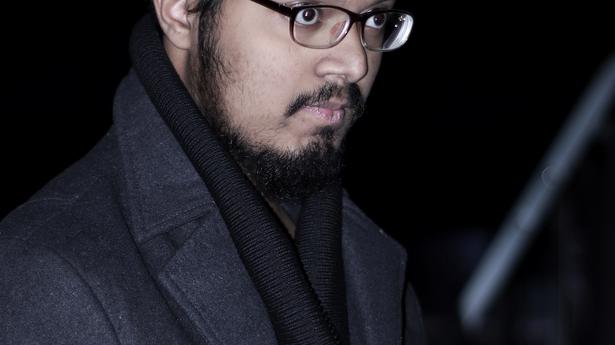 Hyderabad-based Syed Bashaar lights up this weekend with two one-hour shows – Life of a Hyderabadi and Life of a Nibba on June 11 and 12 respectively, at Aaromale in Filmnagar.

An electrical engineer-turned-comic, Bashaar’s Life of a Hyderabadi goes beyond the typical ‘hau’ and ‘nakko’ phrases but he For those not familiar with the Dakhni (a mix of Hindi, Urdu, Turkish, Persian, Marathi and Telugu, spoken in Hyderabad) zabaan (dialect), the jokes could prove tough to click but I am ‘not going to dilute the lines’ “ You will get the Barkas joke only if you are a kattar Hyderabadi,” he says.

Life of a Hyderabadi has already had six shows in two months and highlights Bashaar’s observations that are barely connected to his life. Then there is Life of a Nibba (slang for lovestruck lover), inspired by his own life, a coherent love story with ‘four arcs and a conclusion.’

Having cut his teeth with his Youtube channels Faultmaker (renamed to Hetaf Studios) and Shakeel Bhai.

With their success he launched a standup solo ‘Baithak’ in 2020 laced with Hyderabadi Dakhni dialect “Since then, I have done five sets under Baithak series,” says Bashaar, who also did a superhero standup show ‘Marvel vs DC’.

He has launched Straight Face Rehab, an initiative to train budding comics in niche Hyderabadi comedy with workshops and open mic competitions.

( Life of a Hyderabadi and Life of a Nibba are on June 11 and 12 respectively at Aaromale; Tickets: ₹ 249; www.bookmyshow.com