Ringing in a Season of Culture 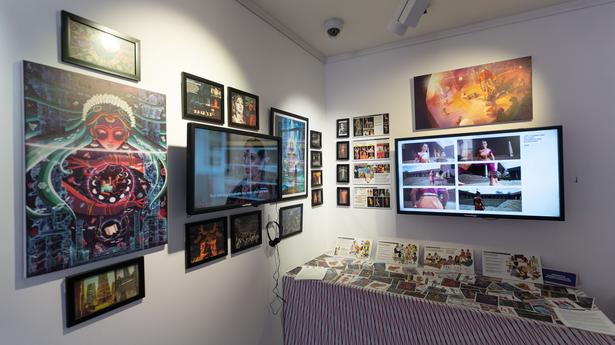 India/UK Together, a Season of Culture marks the British Council’s 75th India anniversary

India/UK Together, a Season of Culture marks the British Council’s 75th India anniversary

To celebrate 75 years in India, the British Council will be hosting a series of events under the India/UK Together, a Season of Culture project. The 10-month initiative, which will culminate in March 2023, is part of the India-UK Roadmap 2030 which was launched in May 2021 to strengthen bilateral ties between the two countries.

According to Barbara Wickham, director India, British Council, it is hoped that these collaborations will create myriad opportunities, platforms and networks, between the artists of both nations.

“Like all seasons, there is an opportunity to celebrate and what we are aiming to achieve is a strengthening of the India-UK collaboration in art, education and English. We are working to ensure that young people in both our countries have access to growth opportunities and new ideas,” says Barbara over phone from Delhi.

“Another aim of the Season of Culture is to provide opportunities around digital innovation. Artists are often ahead of the game in terms of their creativity and during the pandemic we saw a lot of this reflected in their work.”

Barbara says the project is also about creating a platform for emerging artists and youth to collaborate on ‘shared global challenges,’ such as climate and health. “However, we also want to make sure we are being as inclusive as possible so that the widest range of audiences in both countries have the opportunity to experience something different, especially members of those communities that have limited visibility.”

These included FutureFantastic by Bengaluru-based Jaaga and Manchester’s FutureEverything that focused on the imminent climate crisis; the Queer Muslim Project and Verve Poetry Festival which shone a spotlight on what it means to be queer, British and Indian; and Ziro Focus which was about artistic collaborations in music, among others. Grammy and Academy award-winning composer A. R. Rahman was announced as the Season Ambassador at the launch event.

“The Queer Muslim Project uses poetry to help young Muslims in both our countries explore the challenges of being queer and Muslim. It is also an opportunity for us to explore the relationship between language and queerness. While it is quite unusual for a festival, it is illustrative of how inclusive we want to be,” Barbara says.

She goes on to add how the Govandi Arts Festival gives members of marginalised communities in Mumbai a chance to experience an art festival.

“The pandemic made it quite clear that whether it is climate change, health issues or poverty alleviation, no one country had all the answers. However, the ability of art to raise awareness around shared global challenges is very powerful. We need to use art to empower young people to explore the impact of climate change on their own communities and on their own lives,” she says.

Talking about how art can be creative and educative, Barbara discusses how one of the collaborations on wildlife photography ensures that young people gain firsthand experience of flora and fauna in their own surroundings and how capturing that through photography can very effective.

For more information on India/UK Together, a Season of Culture, log in to www.britishcouncil.in

The Hindu Business Line54 seconds ago

The Hindu Business Line54 seconds ago
3